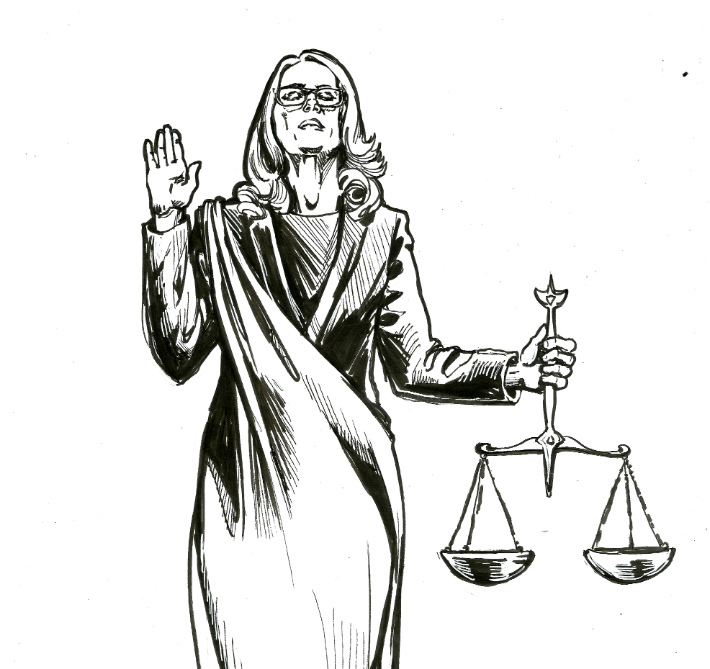 President Trump nominated Judge Brett Kavanaugh to fill Anthony Kennedy’s place as Associate Justice of the Supreme Court July 9. Soon after, Dr. Christine Blasey Ford wrote Senator Dianne Feinstein a letter accusing Kavanaugh of sexual assaulting her. These two events led to an dramatic pair of testimonies that focused on what did or did not happen between them in high school.

Dr. Ford accused Judge Kavanaugh, along with his friend Mark Judge, of sexually assaulting her during a party in high school. Ford’s reports include Kavanaugh pinning her down, groping her and covering her mouth when she tried to scream. These accusations caused a great political uproar as the Senate’s decision in the matter would not only determine Kavanaugh’s future, but the ideological future of the Supreme Court as well.

According to a Sept. 27 New York Times article, Ford has encouraged women all over the U.S. to share their own sexual assault experiences.

Debra Katz, one of Ford’s attorneys, believes Ford’s courage will inspire other women to have courage.

“When people speak out like Dr. Ford did, it encouraged thousands, tens of thousands, maybe hundreds of thousands of people to come forward and talk about the abuse that they themselves suffered and it was a real education for this country,” Katz said.

Throughout the hearing, Judge Kavanaugh displayed his anger, claiming that Dr. Ford’s testimony was nothing more than a way to delay his appointment and prevent the Supreme Court from having a conservative majority.

After 4 days of testifying and an FBI investigation, no verifiable evidence was found against Kavanaugh and he was confirmed to the Supreme Court.

After Kavanaugh’s hearing, portraits and digital art of Dr. Ford swept the internet, with everyone from teens to celebrities such as Amy Schumer and Emilia Clarke posting or tweeting their support for the woman that stood up and made her voice heard despite the many obstacles that could have prevented her from doing so.

Dr. Ford and her testimony was coupled with the #MeToo Movement, a movement created against sexual violence that features Ford and applauds her on the organizations website. Along with #MeToo, Dr. Ford’s case was compared to that of Anita Hill, who accused Supreme Court nominee Clarence Thomas of a similar crime 30 years ago. Like Kavanaugh, Thomas was still confirmed to the Supreme Court, but both women’s stories live on as inspiring to others.

According to an Oct. 2018 New Yorker article, while Hill faced “skepticism that such behavior even had relevance” in Thomas’ nomination for the Supreme Court, but when Ford testified almost 30 years later, the senators all took her seriously and agreed that, if what she said was justifiable, Kavanaugh would be unfit for the Court.

According to senior Dani Miller, we as teenagers are old enough to know what is right from wrong, and “definitely old enough to understand consent.”

High school is the time in one’s life to experiment and figure out who they are. Making mistakes is part of growing up; saying that the slip ups we make now should impact our later careers is not necessarily fair, since it pushes us to try to be perfect and never take risks. However, sexual assault is completely different.

“To suggest that anyone should be given a pass for [sexual assault] because it happened long ago or that it happened when they were in high school [and] that high schoolers don’t have judgement is outrageous,” Katz said.

Sexual assault can be harmful to a person both mentally and physically. People that experience this have to suffer with it their whole lives, and it can severely damage someone when they do not get the help they need.

According to a 2015 Huffington Post article, 44% of the sexual assaults that are reported happen prior to the victim’s 18th birthday.

“It is important to report this type of behavior because people who engage in it won’t stop until they are caught,” Katz said. “It is [also] important for people to know when they go into these kinds of situations to understand the risk factors.”

This hearing provides several lessons not just for women and rape culture, but for high school students specifically.

“[Kavanaugh’s] appointment means that rights and policies that we need will be rolled back,” Miller said. “Teenagers should care because like it or not, we are the most affected by this policies. This is the world we live in. If we don’t care, older people will make the decisions that only affect us, and I am not ok with that being my reality.”

As we grow up and it becomes our turn to vote, as the next generation we must recognize that the country will be in our hands. There are bound to be more future cases like that of Kavanaugh’s, and it is up to us to seek justice, whatever that might entail.

“We all just have to be resolute and keep fighting,” Katz said.