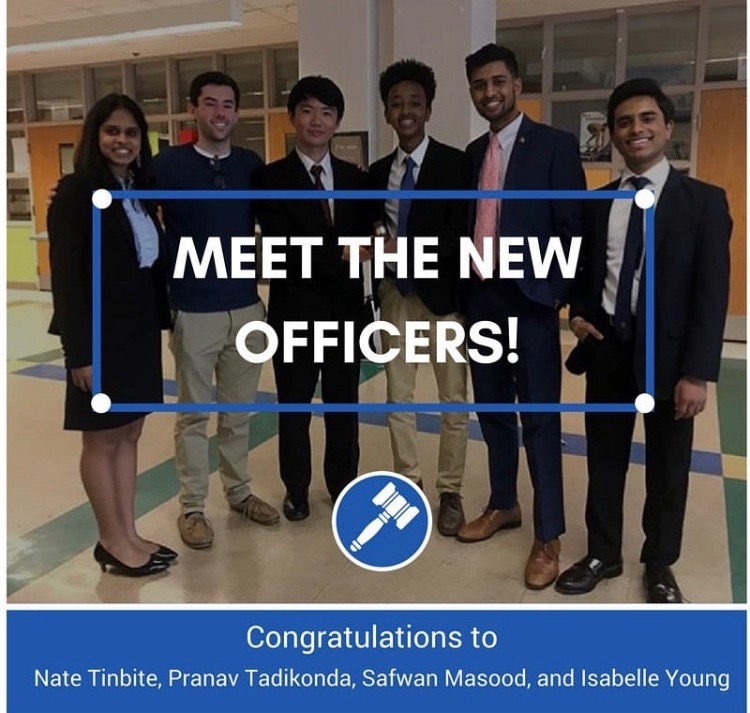 Montgomery County Regional (MCR) SGA held a county-wide meeting April 18 in the CHS auditorium. Over 200 students attended the meeting from schools all over MCPS to vote for next year’s MCR officers.
According to the MCR SGA website, MCR is a county-wide student government association that represents all 26 MCPS high schools.

MCR advocates for a variety of student-related policy issues before the MCPS Board of Education and Montgomery County Council, and they lobby for bills at the Maryland General Assembly.

“We are so fortunate to have our school system fund MCR to represent the student voice,” Pranav Tadikonda, Richard Montgomery High School junior and MCR Vice President-Elect, said. “This is a great way to learn about advocacy and how to voice your opinions as an MCPS student.”

Every year, students are given the opportunity to run for an MCR officer position, such as President, Vice President, Treasurer or Secretary. Officer elections for the 2019 school year took place during the meeting at CHS.

For all of the elected candidates, this win would pay off for their years of hard work in student government.

“For me, winning MCR Treasurer serves as the vindication of my passion for the student voice,” Masood said. “I am fired up more than ever before about what we students can do.”
According to Masood, he started MCR as a sophomore, ran for SMOB and spent the majority of his junior year serving in the MCR legislative affairs department.

Masood is not alone in his hard work. Tadikonda, Young and Tinbite all served in MCR before running for a position.

“I have a record of fighting and advocating for students for the past five years,” Tadikonda said. “In MCR, I served as an officer where I worked towards creating lasting partnerships with organizations.”

One major criticism of government, whether it be on a school wide, county wide, state-wide or nation-wide level, is that it is inefficient. Government is oftentimes considered synonymous with gridlock, which is the inability of a government to make significant changes because elected officials come from rival viewpoints. MCR’s officer-elects have big plans to change that.

“Through MCR, I will make sure that legislators and policy makers come out to our general assembly and make sure that we have representation because we are the student voice,” Tinbite said.
Tinbite is not the only one with big plans.

According to Masood, he plans to reform grant programs to put more money towards clubs, and ensure that MCR reprioritizes their legislative goals so that they can testify on legislation that matters to students.

“As the MCR Treasurer for the 2018-2019 school year, I plan to hit the ground running hard before even being sworn in,” Masood said.