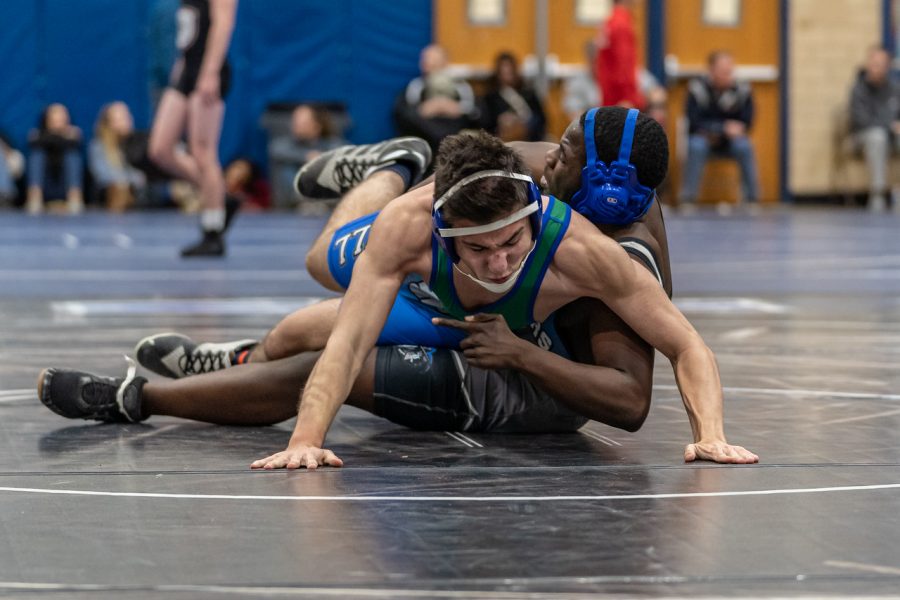 Junior Max Kessler earning a point for his takedown against a very skilled opponent.

On Saturday, Feb. 22, the 14 members of the WCHS varsity wrestling team went to the individual state tournament. Although the team’s season is over, following a lackluster season, members of the team hope to compete for individual recognition.

“I have the No. 14 seed and I am wrestling against the No. three seed,” junior Max Kessler said. “It’s going to be a very tough match and it may not end in my favor, but almost everyone’s wrestling season will come to close this weekend.”

The tournament marks the end of the season for most, except for a very select 16 people who will compete at the championship next weekend. This weekend is double elimination, giving every wrestler a second opportunity if they lose a match.

“If I lose I hope to win the loser bracket,” Kessler said. “It gives me another chance to keep my hopes of a state title alive and helps drag my season out one more week.”

The end of wrestling season and all other MCPS winter sports coming to a close opens the door to spring sports which all start on Saturday, Feb. 29.