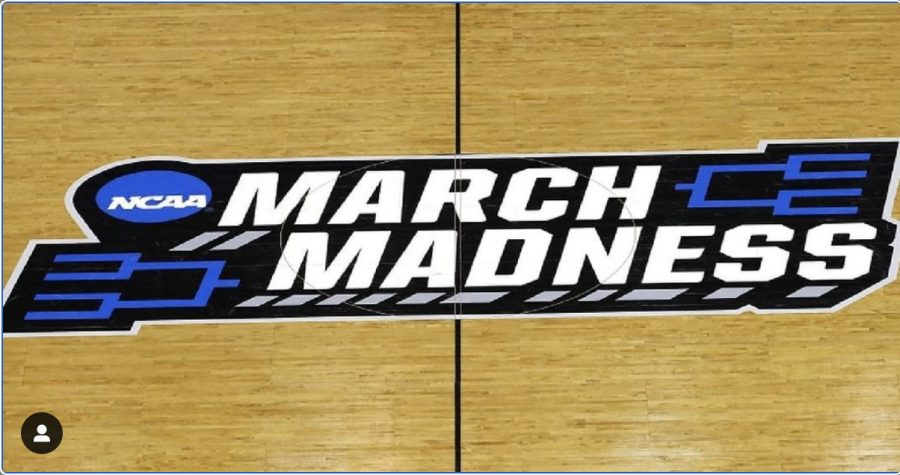 This is a strange year when it comes to March Madness. Fans will be very limited for the games so one of the only ways that WCHS students will be able to watch the game will be through watching the games on TV.

The sun sets later. The temperature is just a little warmer than the weeks prior. And school is more than halfway done. To some, this would just connote the beginning of March/April, but for others it means March Madness season.

It has been two years since the last March Madness season, after the 2020 season got abruptly cancelled due to the peak of COVID-19 in early March of last year. However, now with limited fans and a city to host the event, March Madness is back and better than ever.

“I’m so excited for March Madness this year,” said Ben Kaplan, a junior at WCHS. “I always love waking up on a March morning to check my phone to see all of the scores and how well my bracket did.”

Kaplan, like others at WCHS, enjoy celebrating March Madness by creating bracket tournaments with their friends where they compete against each other to see who chose the best teams.

This year might be special for March Madness because the regular season didn’t gain as much publicity due to the cancellations of games and other sports going on, etc. Also, there is no strong favorite to win this year. Normally there are one or two teams that are clearly better, but this year the opportunity is larger than ever.

“This year, I really haven’t watched that much college basketball, which actually makes me more excited to watch March Madness this year because I’m not bored of it and I’m going in with no expectations,” said Shourjo Saha, another Junior at WCHS, who is a major basketball fan.

Saha among others, haven’t particularly paid too much attention to college basketball this year.

“I’m a Maryland fan, so I haven’t really paid any attention to the other teams. I’m really excited to make my picks and get started,” said Kaplan.

March Madness is one of the most prestigious tournaments in sports because anything can happen and the past years show it. There are constantly upsets every year. For example in 2018, UMBC was the first 16 seed ever to beat a 1 seeded Virginia. The way the seeds work is that the four teams that are 1 seeds play the four 16 seed teams. The way the teams get seeded is based on how well the team performs in the regular season.

“What I love about March Madness is the unpredictability of it. No matter what, someone will be wrong in their predictions unlike in other sports where people predict based on “chalk,” said Kaplan.

The term “chalk” is when people do their picks based on who the higher seed is. However, in March Madness, it might not be the smartest decision to pick chalk because there it seems there will be many upsets this year.

“I’m expecting a ton of upsets this year. I can’t wait to witness them live,” said Saha.

Another reason that this year’s March Madness is like no other is because of the anticipation from last year’s cancellation. The fact that there was no March Madness last year made WCHS students eager this year to get back to watching their favorite tournament of the year.

“I won’t lie, not having March Madness last year was tough, especially during the beginning of COVID when I was super bored,” said Kaplan. “But now that it’s back I’m going to watch every second of it.”

Everyone is getting prepared for March Madness in different ways. Everyone is doing research to pick their perfect bracket and anticipation for what could be one of the best tournaments ever.

“I cannot wait for this year’s tournament. It’s going to be one of the best of all time!” said Kaplan.