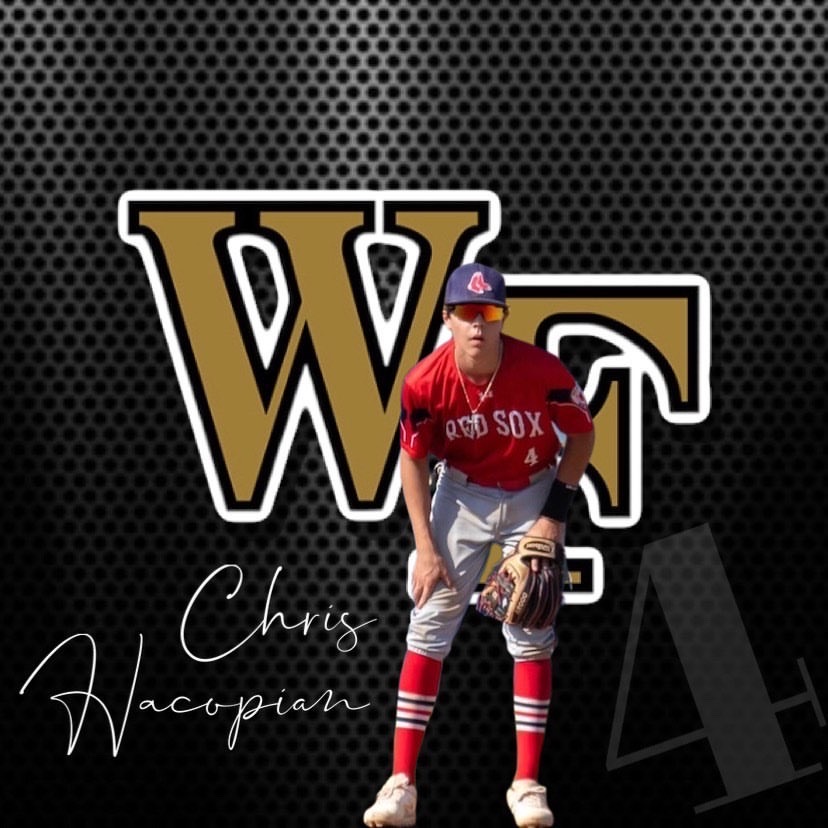 As only a freshman at WCHS, Chris Hacopian committed to Wake Forest University for baseball.

One may wonder how a freshman baseball player from Maryland gets noticed by one of the best universities in the nation. Shortstop for the Mid-Atlantic Red Sox, Chris Hacopian, knew in his heart that he wanted to play baseball from a very young age. Starting at the age of four, Hacopian discovered his love for baseball after his father played professionally and grew up around people who loved playing the sport.

Hacopian decided to commit to Wake Forest University for baseball as only a freshman at WCHS. His passion for the sport and dedication to his team motivated him to reach for the stars and become part of what would be a truly amazing experience.

“I decided to commit to WFU over other schools because I instantly fell in love with their baseball facilities, coaches, and campus,” Hacopian said. “My infield coach played baseball at WFU for four years and told me great things about it… The academics are good, and their baseball program is one of the best in the nation, so it just seemed like a great fit for me!”

Committing early to colleges for sports can be beneficial for many reasons, as it can help save money and decreases the amount of pressure when it comes to applying to schools and getting recruited. Also, athletes are focused on a specific path, which can in many ways help them excel throughout their high school careers.

WCHS varsity baseball coach Pat Skellchock agrees that committing to playing baseball early in one’s high school career is a great way to advance as an athlete, especially if the student is looking forward to playing that sport professionally.

“When athletes commit early to a college program, it has a major impact on the athlete’s motivation to their sport,” Skellchock said. “Chris continues to perfect his craft by following a strict training program four times a week and [making sure to keep] up with his academics.”

Once a final decision has been made, athletes still have to continue to make good choices, do their best in school and show their dedication on and off the field. However, there are a few drawbacks to committing early to colleges, as the chance of receiving other opportunities as a student-athlete becomes very slim.

“The only negative in my point of view is if the athlete neglects to keep on improving and growing as a player and student,” Skellchock said.

To Hacopian, the biggest challenge of committing as a freshman is proving to others that he has put in enough effort to earn his spot at WFU. Gaining the respect of more experienced athletes was a crucial thing for Hacopian to adjust to his commitment. Along with receiving the athletes’ respect, he also gained advice that he offers to other athletes who are in a similar position.

“[It’s important to] to not rush the decision,” Hacopian said. “[They should] make sure that they love everything about the school, the sport they are committed to is good, the education is good, and that it is good financially for their family.”

Even though the spring season for baseball at WCHS has not officially started, Hacopian played as a second baseman and shortstop for WCHS’s fall varsity team that had a record of 16-0. Hacopian is excited to be a part of a new family and see what the spring team has to offer.

“The team WCHS has this year has already had a huge impact on me,” Hacopian said. “A handful of players have pushed me to my limits. We have team goals this year and for them to be achieved, each player has to do their part, and I’m doing everything I can to help our team reach those goals, as most of the other players are doing as well.”