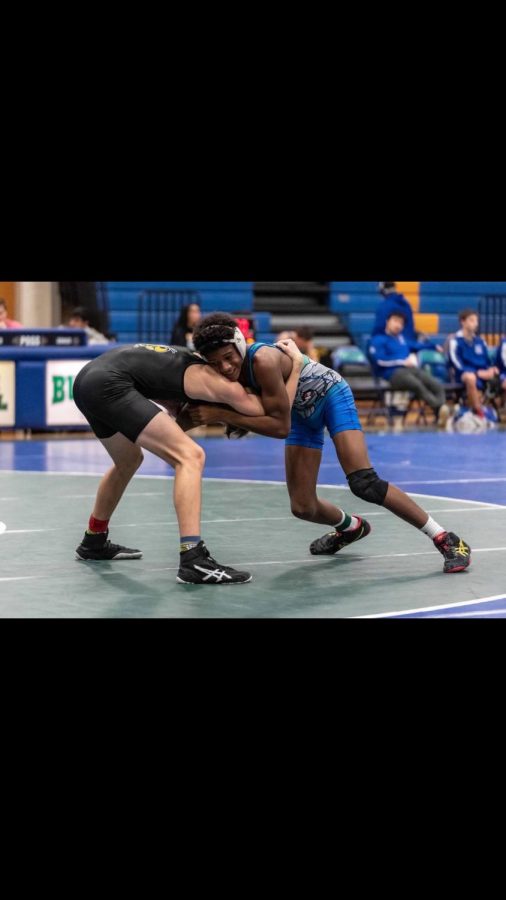 Freshman Jaden Selby has set a new standard as a young wrestler on the mat, taking on opponents two or even three years older than him and still dominating each match. He was also one of only three wrestlers on the team to qualify for states.

Selby has been wrestling for nine years and was one of only two freshmen to make WCHS’s varsity team. In his first season with the team, his record was 26-8, and he completely took control of the mat each time he stepped on.

“Before I joined the team, I thought it was going to be a very difficult season because I was a freshman wrestling upperclassmen,” Selby said.

Something that has been overlooked is how much harder it is to wrestle kids who are older and more experienced in a high school setting, and this was a problem Selby had to constantly deal with. After trial and error, he figured out how to succeed and it helped him finish his first season with amazing results.

“At first, my season didn’t start off that well because I lost my first match to Damascus, but I won most of my matches after that,” Selby said.

While still young, Selby is helping to lead the team. This season he managed to place third at regionals, giving him a spot at the state championships. Selby is the first freshman to qualify for states at WCHS in nine years.

“My best memory of wrestling this year was when I won my final match at regionals in overtime to take 3rd place,” Selby said.

Being a part of the team is just as important as success to Selby. Everything matters, from the coaching staff to the team’s will and determination. In fact, one of the main reasons Selby joined the team in the first place was because of the reputation the coaches had built for themselves and the wrestlers. However, Selby has built a strong reputation for himself and has impressed many.

“After the first week of practice, my impression was that Jaden will be a great leader for Churchill wrestling and state champion before graduating,” head coach Timothy Lowe said.

The team dynamic was also important for Selby, who is still learning about the WCHS wrestling community and everything it has to offer.

“I would describe WCHS wrestling and the team as dedicated because we were not expected to do that well this year, but we made it to regionals and only had 2 losses as an overall team,” Selby said.

Jaden won his first match at states, but lost two, getting eliminated in the third round. However, being on the team meant more than just wins and loses, and overall, he benefited from that in more ways than one.

“Jaden is all business on the mat, both in official competition and practice,” Lowe said. “However, as a teammate, he gets along with everyone. He’s someone his team can count on and is a fun kid to be around.”