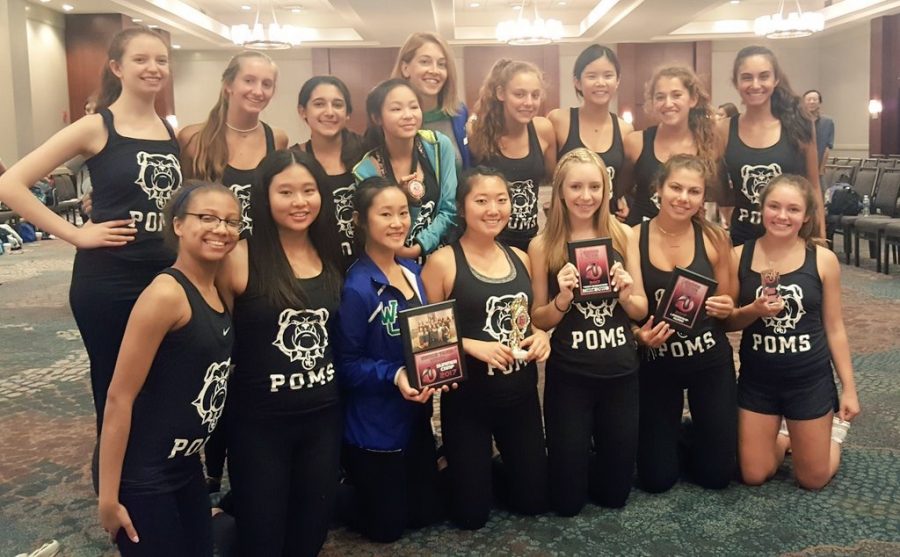 Participating in school sports, although sometimes just an extracurricular, is a huge commitment, and one that can even begin over the summer.

At CHS,  a total of 10 out of the 23 sports are fall sports. Almost all of the fall sports always begin their season in the summer with team training and workouts, while winter and spring sports can opt to do the same.

Every year in late July, varsity poms attends a weekend-long camp every year with three to four other schools. The girls stay in a hotel in Lanham, Md. and have three outside dance instructors, along with their coach Tiffany Carmi looking on as they prepare for their final performance on the last day.

Since poms tryouts are during the first week of June, the team has all summer to practice together.

“I really enjoyed poms camp last year, it helped us all get closer and learn about each others’ strengths and weaknesses,” freshman poms Brooke Glickman said.

For football, optional workouts in the weight room start come the start of Jan., though they become mandatory as summer quickly approaches. Football workouts consist of lots of variation, depending on whether it’s speed training or weight gain.

Although the football coaches don’t require a specific diet, many of the boys have their own diets while coaches hand out protein bars at workouts and after practice to try to influence how they eat.

Some of the boys on football even have personal trainers to help them get prepared for the season. These trainers give them new and different workouts and help them maintain a healthier diet to gain muscle for the upcoming season.

“It’s all a good routine to get the team ready for the season,” Tranquill said.

Field hockey plays in a summer league where they scrimmage against teams they play later in the season. Their preseason starts Aug. 10 and doesn’t end until Sept. 3.

“Summer league greatly impacts the field hockey team’s success throughout the season since it allows us to get to know each other and how each of us plays,” sophomore and varsity player Lucia Alem said.

Although the field hockey team has no specific diet, it is an expectation that players will be eating healthier to prepare for the season, while constantly hydrating.

A lot of the work done to prepare for school sports is done behind the scenes and many outsiders don’t see all the hard work that goes into preparing for respective sports during a time when students should be taking a break and relaxing.

“Having to train and stay in shape over the summer is hard work, but it helps prepare us for the long season ahead,” Glickman said.