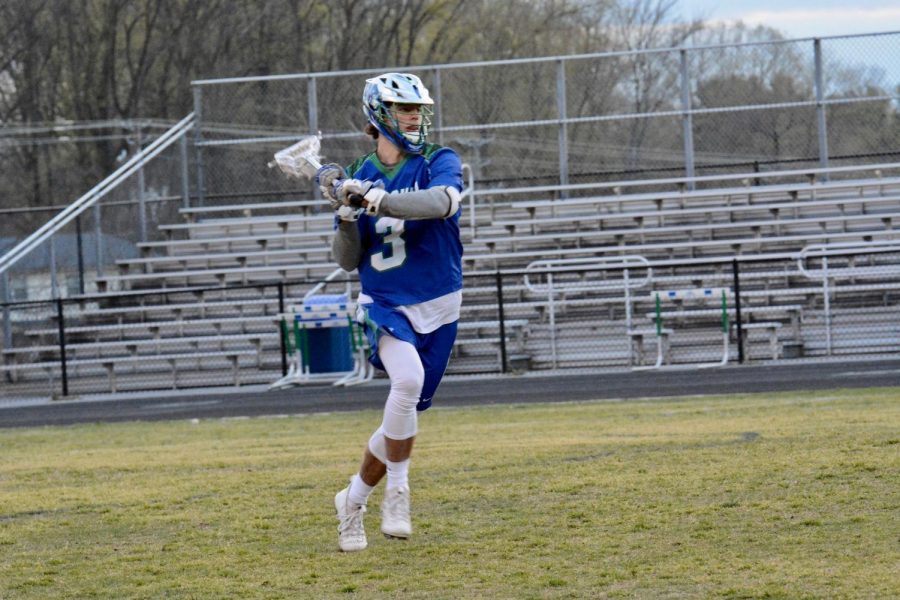 With an outstanding record and consistent performance unmatched by any other team at CHS, boys lacrosse has created quite a name for itself. The great success of this program is due in part to senior captain Reed Moshyedi.

Finishing up his final season with the Bulldogs, Moshyedi looks to continue his performance as the team attempts to win the division 4A state title this year after coming up just short last season. Next year, Moshyedi will continue his career while playing Division One lacrosse at Brown University.

“Playing division one lacrosse has been my goal since middle school and I’m really lucky to have the opportunity to play at Brown,” Moshyedi said.

Moshyedi not only excels in lacrosse, but in basketball as well, which has helped him develop his athleticism over the course of his career at CHS. Moshyedi’s outstanding athletic ability has allowed him to improve his abilities and help the lacrosse team exceed while facing top private and public schools in the region.

“Reed’s skill set helps because he can score or draw a slide at will, which helps the offense setting in during the game,” senior Brady Altobello said.

On top of starting for the lacrosse team at CHS, Moshyedi has played on multiple club teams since elementary school. He is currently playing for Blackwolf, a competitive travel team, alongside fellow CHS senior captain Jack Taylor.  Playing for club teams allows Moshyedi to further his skill set while competing against some of the most skilled players in the state.

“He’s both a leader and a powerful presence on the field,” Taylor said. “When he has the ball, he gets the attention of the entire defense and that creates opportunities for other offensive players.”

As one of four captains on the team, Moshyedi possess a great set of talent and skill that sets a great example for his teammates. With his passion for the sport, he not only helps build the teams collective spirit, but helps the team in-game situations when the Bulldogs need it most.

“Reed has helped out as a vocal leader on the field and talks us through the offensive sets,” Altobello said. “He has also helped build the teams confidence by again being a vocal leader and amping people up before the game.”

Moshyedi contributes his success to a wide range of coaches and players he has been alongside throughout his time playing lacrosse. Supportive coaches have allowed him to develop his game and become a better teammate.

“Coach Winter and coach Megill have pushed me to get better at Churchill,” Moshyedi said. “I’ve been lucky to have the opportunity to play with guys like senior captains Jimmy Rubino and Jack Taylor as well as seniors Brady Altobello and Ryan Leonard, all whom I’ve known my whole life.

When asking teammates for a word or two for how they could closely describe Moshyedi, all revolved around his ability to maneuver his way around any set of defense along with his strength as well as speed to out play any opponent.

“I would use the word ‘monster’ [to describe Moshyedi] because other teams should be legitimately scared,” Taylor said.

With a season that ended in disappointment last year with a loss in the state championship, look for Moshyedi to lead the charge back to the championship for CHS. His ability to succeed against the tough competition around Maryland makes him a dominant athlete for the team and a physical threat against opponents.

“Playing for Churchill has helped me develop my skills and has given me the chance to compete with other top schools around Maryland,” Moshyedi said.