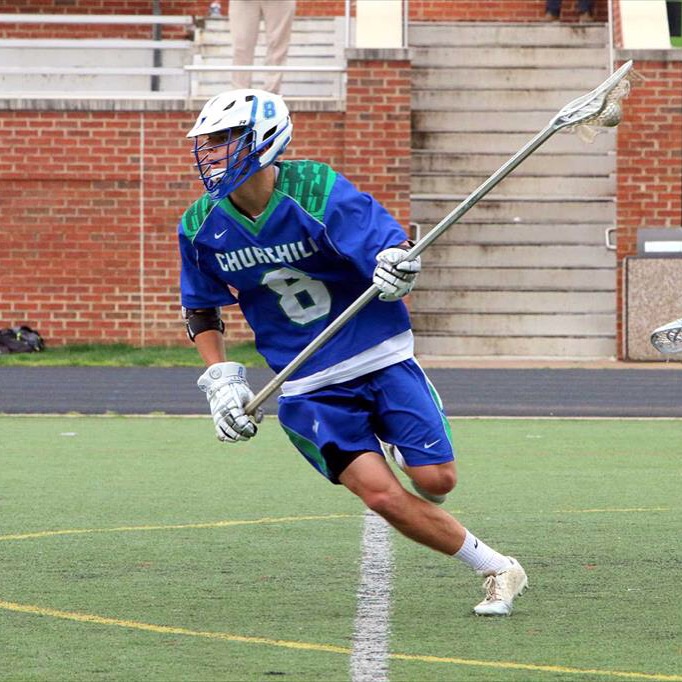 CHS wouldn’t be the same without students who try to cram as many sports as they can into their already-busy schedules. But how to appropriate their time isn’t the only factor playing into the decision to play multiple sports; students often pay the price.

For many aspiring athletes, there are many funds that go into developing and keeping up skill level. At CHS, there is a multitude of sports each season but the price of those sports differs depending on the amount of equipment needed and sometimes additional training and practice.

“In some way, equipment for all sports is provided by the school,” CHS athletic director Jesse Smith said. “Things such as balls, uniforms, team needs, busses, field maintenance and more are all taken care of by the athletic department. Varsity teams get new uniforms every four years with the JV team receiving the old varsity uniforms. Determinations for these purchases are made by turnout for the sport, past needs and future needs. Coaches help me determine all of these things.”

Though CHS provides some equipment to sports teams, it’s not very often that all of the equipment expenses will be fully covered by CHS. This is a result of the toll that would take on the athletics department’s finances to pay for every sport and the individualization of certain equipment.

“With the assistance of the Booster Club, I make sure that the athletic department treats each team the exact same when it comes to purchasing items that their team needs,” Smith said. “With the help of our coaches, we work extremely hard to make sure our athletes have the very best equipment and facilities allowed by our budget. Each team is different in their needs and costs. There are teams like football where we are required to purchase the equipment used. There are teams where individuals purchase their own equipment due to the sports-specific needs of personalization such as lacrosse where the athletes purchase their own sticks.”

At CHS, there are certain sports that are more expensive than others and there are some sports that are a lot cheaper than they seem (though all costs depend on the degree to which the player is involved with certain aspects, including tournaments, private lessons, etc.).

Ice hockey at CHS is considered to be a club sport and is not directly affiliated with the school, which means the burden of costs and expenses are mostly on the team members.

“Players pay for their own uniforms, ice time, referees for games, etc.,” senior captain Dylan Healy said. “The Booster Club does give us some money every year to keep the club going, but the majority of the team’s finances are being paid by the players and their families.”

Hockey sticks are a main component of the total equipment needed for hockey. They are easily fragmented over time and are costly as well, ranging from $40 to $100.

“I would say I’ve probably gone through two to three sticks a season in high school, which can be a huge burden because they’re priced like they’re going to last for a year or two,” Healy said.

Considering the fact that CHS is located in an affluent area, more families have the ability to pay for this costly sport than in other areas, especially concerning the immense amount of gear needed and the average price of gear. The main components needed for ice hockey, not considering private lessons or rink time, are skates, which average $200 per pair, constant blade and lace repairs, helmets starting at $250, $150 elbow pads, $180 shin guards, $400 gloves, plus $70 neck guards, $200 shoulder pads and clothing.

“It’s pretty easy to see that CHS, Wootton, and Whitman always having strong hockey teams,” Healy said. “We’re coming from families who can afford it. At other schools in the county they might only have two or three people who play because no one else can pay for the equipment.”

Golf plays its games on off-campus greens, which leads to higher costs.

“Country club sports, to me, are probably the most expensive sports besides ice hockey,” senior golf captain Lena Capoccia said. “You need a membership for a course to play at, so that’s a big expense.”

Most sports in MCPS require a certain uniform to play and golf is no exception. To play golf, a golf bag, golf balls and spike shoes are necessary, along with proper clothing attire.

“You can’t just wear whatever you want,” Capoccia said. “If you’re playing soccer you can pretty much get away with wearing shorts and a t-shirt [for practice] but with golf you have to wear a collared shirt.”

Private lessons are an optional way for athletes to improve their skill-set and refine their movements. Still, when looking for a private lesson or coach, there is always a certain degree of wariness that goes along with it, as most private coaches are costly.

“It’s worth it if you’re going to someone who’s giving you the correct information,” Capoccia said. “There are plenty of private trainers that are just way overpriced and not necessarily teaching you the correct stuff. If you can find the right coach who can teach you the right stuff and help you improve, then I think it’s definitely worth it.”

There are also small fees to pay on public courses, known as greens fees, or the cost of belonging to a private country club. Endless golf balls and gloves also add up to the cost of playing.

“We do get golf balls from CHS, which is nice because they are more expensive than people think,” Capoccia said. “The ones we get come out to be almost $4 a ball and we get a sleeve per match. At the beginning of the year, our coach asks us for a check for the year and it covers practices. For public courses, you have to pay greens fees which are a small fee for playing to help maintenance of the course.”

A standard golf set of eight to 14 clubs, the latter being what most professionals carry, can range from as low as $200 to $1,000. That, plus the $50 to $150 range of golf shoes, $15 golf gloves (which wear out easily), the $40 and up price for a 12-pack of golf balls, already could add up to $1,205. That doesn’t even include a country-club membership, golf carts, tournament fees, golf clothes, or private lessons.

“Golf’s a great sport but it’s really expensive.” Capoccia said. “If you can’t afford it then it’s going to be really hard to get good at it.”

The cost of playing lacrosse is much higher than most other sports due to the load of protective gear and, though optional, multitude of lacrosse sticks needed to play.

“Lacrosse is very expensive,” senior Jimmy Rubino said. “For lacrosse you need a lot of gear and different stuff to be able to play so it definitely gets expensive.”

“When there are less expensive options than lacrosse, it doesn’t make sense for some people where money is more of a problem to pay for all of the the expensive gear,” Rubino said.

Most high school sport seasons last two to three months depending on the team’s success in playoffs. With poms, however, the season lasts much later than other sports at CHS.

“[Poms] is definitely more expensive than others because our season is so long,” senior Sydney Brown said. “We start in August and we don’t end until late February.”

Another costly aspect of poms is the shoes. Poms performs during all kinds of weather, ranging from clear skies to muddy grounds. Also, performers need four different styles of shoes, each worn for a different type of performance. While the performers are supposed to buy new shoes anytime their old ones get destroyed or dirty, there are ways to go around this problem and save money.

“In my four years [on Poms] I’ve never bought new shoes,” Brown said. “If they rip, I’m not going to go to the store and buy new shoes that I’m only going to be using for four more months.”

Basketball is one of the sports on the less expensive side, though fees can add up through team gear and proper shoes.

“For basketball you have to get a pair of team shoes, a warm up shirt, the sweat suit for away games and socks,” senior Jordan Freeman said.

A lot of times, the “image” of being an athlete has a costly impact, especially when it comes to having the trendiest gear and all the CHS-related clothing.

“For kids where the high cost has an impact, it probably makes them less motivated to do the sport,” Freeman said. “You could be really good at basketball but be insecure to play because you’re not going to have the same team shoes as everyone.”

CHS covers much of the cost for the baseball players and provides them with the batting gear and helmets they need to play. However, other costs can come from the optional additives such as sweats that say “Churchill Baseball.”

“Most of what you need is covered except for one or two things, but with a lot of the other stuff, you get to choose what you want,” said Freeman, who plays baseball in addition to basketball.

For more committed players seeking to play past high school, private lessons and coaching is always an option, though it does cost more.

“Up until recently I used to do a private lesson about once a week with a hitting instructor,” Freeman said. “It’s a good thing and helps keep my swing in tact. Personally I want to play well, so that’s just something I need to do.”

When it comes to football, the extensive padding and resources needed make it seem as though the sport would be woefully expensive, but in reality, the bulk of the cost is sponsored by CHS. Athletes usually only have to cover the cost of their personal cleats and the beginning-of-the-season fees. The pads, helmets and uniforms are provided by the athletic department.

“Football is probably the most expensive [for the athletic department] but it also brings in the most income for the athletics program, which benefits other sports teams,” Smith said.