From JV Manager to Varsity Player: A Journey 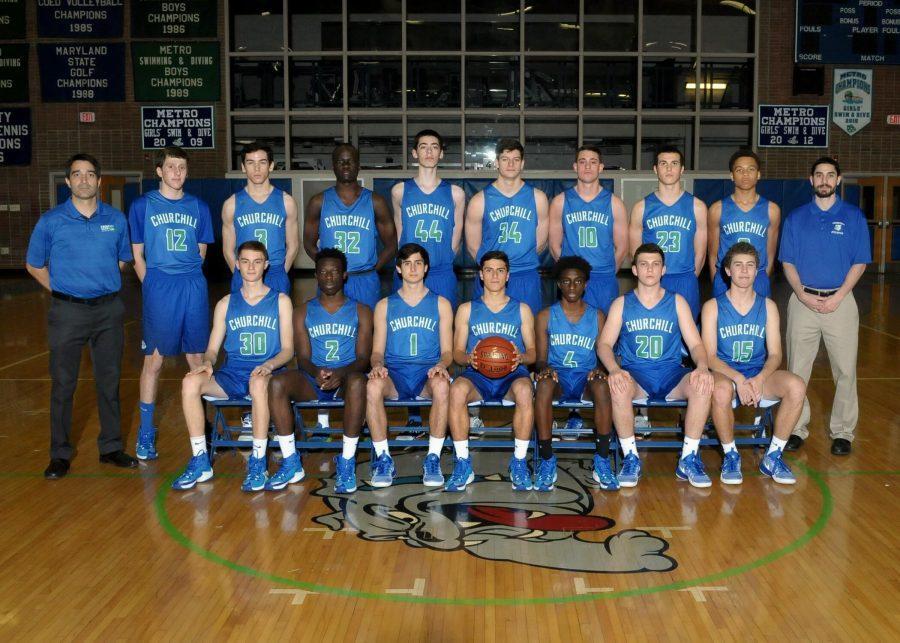 Junior Aidan Liquorie was a manager on JV boys basketball his freshman year. He played on the JV team during his sophomore year and made the varsity team this year.

By Sophie Liss and Jenna Greenzaid

Junior Aidan Liquorie went from being JV basketball manager two years ago, to a JV player last year, and to varsity player this season, an almost unheard of feat.

Being a manager was not his original goal but, by going through the process, Liquorie learned the ins and outs of the basketball team at CHS.

“My goal as manager was to just make JV and then go from there,” Liquorie said. “I wasn’t really thinking about varsity but it was always a goal of mine.”

Understanding the rules and concepts of the game of basketball played to Liquorie’s advantage when he was manager.

“We prefer managers who can play the game and know the game,” varsity coach Robert Bean said. “Aidan was a perfect fit to be a manager.”

Despite not making the 2014-2015 JV team in his freshman year, Liquorie was determined to stay connected to the sport.

According to Liquorie, after finding out he did not make the JV team, he talked to then JV coach Aaron Vactor. Vactor told Liquorie that although he could not have a spot on the team, Liquorie could become the team manager and was able to participate in practices.

Liquorie worked hard in practice, trying to improve his game so he could make the team the following year. Going through tryouts for varsity would seem daunting to most, but the experience of being manager freshman year and playing on JV during his sophomore year made tryouts feel like a natural progression for Liquorie.

“With the practices, [trying out] felt good because I knew the team and I felt confident going in,” Liquorie said.

Liquorie’s experience has not only been impactful in his own life, but in others as well. He has proven to be an inspiration to other players on the varsity team and athletes in a situation similar to his own.

According to senior and varsity captain Jared Robinson, Liquorie’s perseverance and commitment has shown the team that anything is possible.

Liquorie has shown many admirable traits on and off the court throughout his journey. He has proven to be determined and a collaborative team player.

“I love coaching Aidan,” Bean said. “Aidan is a hard worker and a great teammate who has a great jump shot and an improving inside game.”

For Liquorie, just being a part of something he loves was rewarding, but working hard to reach his goal was even more rewarding. Liquorie’s hard work over the course of two seasons allowed him to go from a JV manager to varsity player, something he couldn’t have been happier to achieve.

“I was working for something for so long and finally achieved that goal,” Liquorie said.