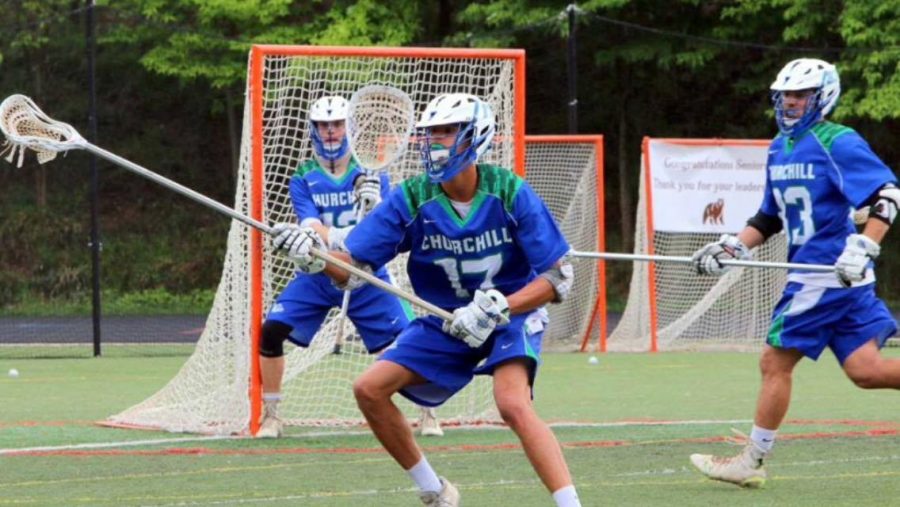 The boys lacrosse team wrapped up an impressive season, making it all the way to the state semifinals in dominant fashion.

Unfortunately, the season ended with a disappointing loss in the state semifinals to Severna Park, 10-5, May 21.

“We had a great season with a lot of outstanding memories that I’ll remember forever,” senior captain Cristian Edwards said. “Although the team is losing multiple graduating starters, there is still a core group of young talent that I fully expect to make a run at states again next year. They’ll be riding a 25- game county unbeaten streak into next season, and will be very fun to watch.”

Although their postseason performance fell short of expectations, the Bulldogs were dominant in the regular season. The team’s closest game against any public school in the regular season was decided by nine goals, resulting in a 14-1 regular season record. The squad’s 149 goal differential and 76 goals allowed ranked first in MCPS while their 225 goals scored ranked third.

“We have the talent, we have extremely motivated kids, great coaching, and support from the other kids in the school,” sophomore defenseman and Brown University commit Jack Taylor said.

The team built off of a successful 2015 campaign, in which they finished as state runners up, losing to Howard High School of Baltimore County. Last year, the Bulldogs sported a 16-2 record en route to capturing the number one seed for the MCPS playoffs. This year, the team achieved that honor again. The team was determined to avenge last season’s defeat.

“We have all of the basics, we just need to fine tune our chemistry and communication,” Taylor said. “It’s all about polishing what we already have and showing the work that we’ve put in during the offseason.”

Taylor is one of three college commits on CHS’s league-leading defense, joined by Penn State commit sophomore Jimmy Rubino and Syracuse commit Edwards. The total roster boasts an impressive six players that have committed to play in college.

“Players like [junior] Spencer Knife [Towson University] and [senior] Austin Laborwit [Trinity College] have made huge impacts this year with both their play on the field and their leadership,” said sophomore and Brown University commit Reed Moshyedi.

As effective as its offense is, defense wins games, and CHS has proved that. They have allowed the fewest goals of any team in MCPS this season.

“There is no doubt we have very strong individual players, but just like the offense, everyone has bought into the team concept,” head coach Jeffrey Fritz said. “Our new defensive coordinator, Brian Megill, has done a fantastic job bringing new concepts to our team, but he really has the team communicating on the field very well so everyone is on the same page, resulting in very few defensive breakdowns during our games.”

A complete team top to bottom, the team earned a bye in the first round of the playoffs and defeated rival Wootton on their way to the semifinals.

“The experience we gained has and will really help us,” Moshyedi said.