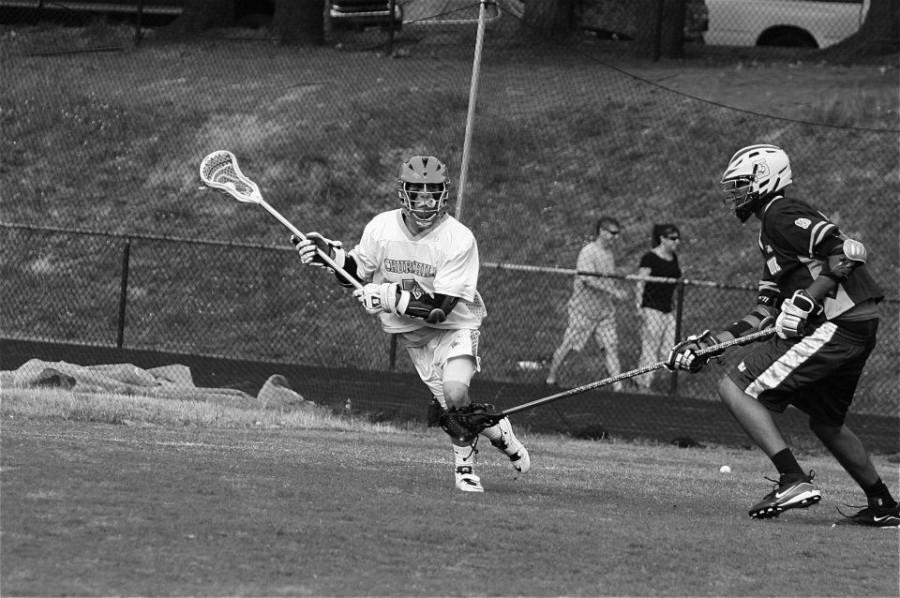 Dubick dodges a defender and looks to either pass or take a rip on net.

With nine goals and 20 assists in just the first three games of the season, Dubick was well on his way to developing a significant lead on the previous record, held by Mikey Wynne.

“It’s cool to have your name in the record books alongside so many Maryland greats,” Dubick said.

Dubick, who now has 220 goals and 224 assists, only needs 21 more goals and eight more assists to break the Maryland state career goals and assists records.

“My personal goals are not important, I’m focused on the team effort,” Dubick said.

The team is undefeated through their first 10 games and Dubick is optimistic about the team’s future.

“Every practice, every game, he keeps telling us to do more,” junior Zach Ruvo said. “I like how he pushes everyone to get better.”

Dubick will play for the University of Maryland next year, and is excited to take his skills to the next level. But for now, he remains focused on his final season as a Bulldog.

“We have all the pieces, we just need to put them together,” Dubick said. “I think we will go far as long as we do not beat ourselves.”