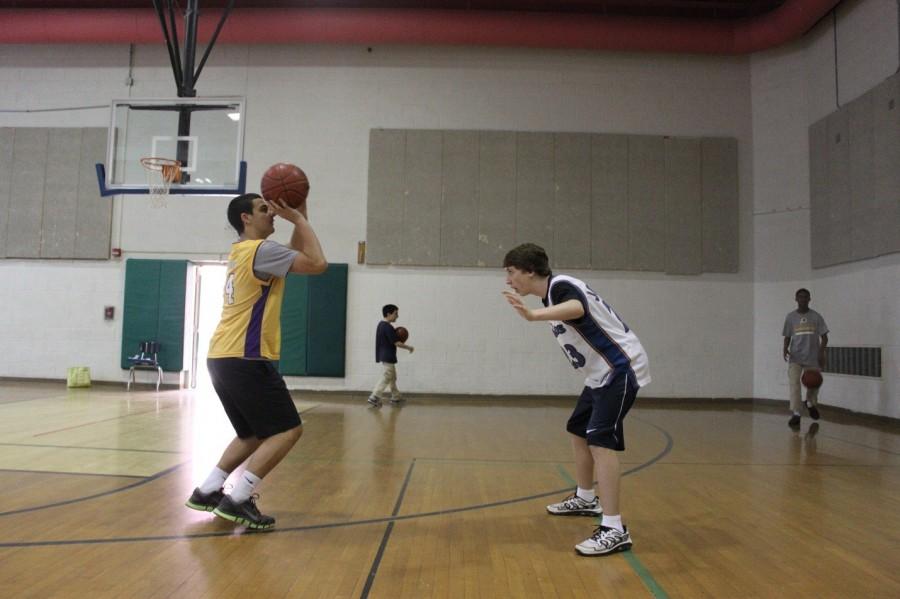 Michael Jordan dribbles down the court, crosses over left, steps back, fires, swish. MJ does it again. Jordan has yet again led the Chicago Bulls to another NBA title.

It’s interesting to see how each team performs when playing different opponents in the NBA regular season, but it certainly makes a difference when there is everything on the line and each team is battling for a ring. With high stakes and a seven game series, the NBA teams only play hard during the postseason.

When every seat in the stadium is filled and the game is sold out, star players love to bring their A-game as opposed to a quiet, unimportant regular season game. NBA legend Michael Jordan is a good example of how the playoffs are the only time of the year where the players are going hard in the paint.

The possibility of being eliminated from the playoffs creates suspense for the players as opposed to the win-or-lose and still move on regular season mentality.

One example of NBA players not trying during the regular season is the 2014 Brooklyn Nets vs. Miami Heat regular season matchup compared to the playoff series.

The Nets managed to beat the two-time defending champs in all four of their appearances during the regular season. NBA sensation LeBron James scored just 19 points against the Nets March 12, in the team’s one point loss. However, once the playoffs came around, James picked up the intensity and began playing his best as shown by his 49 point performance May 12.

The NBA only tries in the playoffs due to a length and boring regular season schedule. Having so many games to play throughout the regular season makes the players have to save their energy for a long series each week.

In my opinion, each NBA team should play its hardest to get every rebound, every loose ball, and to make every game count. However in the NBA today, it seems that the league has a relaxed regular season and only turns up its intensity during the playoffs.