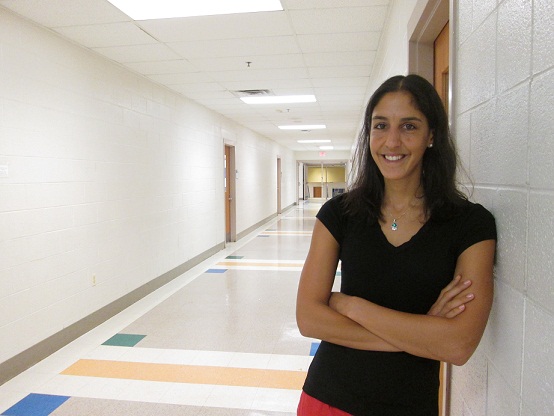 By Danny Gordon and Noah Salzberg

Dana recorded a time of 2:22 in the triathlon, finishing first for the 25-29 age group.

“Because I met so many people throughout the trip, during the race it was a unique experience competing against people you know and cheering them on,” Dana said.

Dana started running in high school as a member of the track team and continued to run recreationally after high school.  She began cycling after buying a road bike, and competing in century 100 mile bike rides.

“The opening ceremony was huge,” Dana said. “We marched in with Team USA in front of a stadium of 55,000 in Jerusalem.”

According to Dana, before marching in, all the competitors took pictures with fellow Jews from around the world.

This is her second season of doing triathlons.

“Running has elevated my energy and allows me to be a better person,” Dana said. “Also, meeting new people is something I’ve always enjoyed.”

According to Dana, competing in the triathlon in Israel “was a once in a lifetime experience,” however she has not ruled out the possibility of the 2015 Maccabi games in Chile.