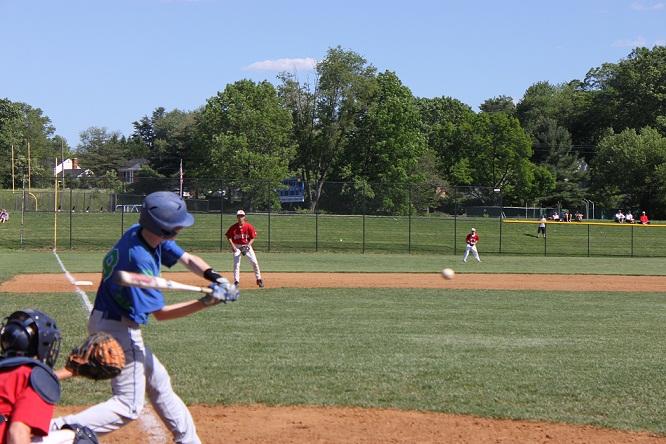 The baseball team lost a close game in the second round of the county playoffs May 15, losing 5-4 to Quince Orchard in extra innings.

The Bulldogs took an early 4-0 lead in the third inning, but the Cougars came back and forced the game into extra innings. The Cougars scored the winning run off of a wild pitch in the bottom of the ninth inning.

“It was a hard loss,” senior captain Ian Shemer said. “What made the loss the toughest was that it was the last time we’ll get to play with our friends in high school.”

Previously, the Bulldogs overcame an early 0-1 deficit to defeat rival Wootton 2-1in the first round of county playoffs May 11.

Senior Matt Kogan pitched all seven innings, giving up just four hits. The Bulldogs scored both of their runs in the third inning after Wootton gave up one of three errors with the bases loaded.

The Bulldogs overcame a rough 3-6 start to the season to post a 10-8 record heading into counties. Although they struggled in the first half of the season, the team has improved in both individual and team play.

“Everyone was trying to find their role,” Blackwood said. “But I think as of late everyone is stepping up and doing their job.”

The Bulldogs knocked off Sherwood in a 6-3 win May 7 after an 11-2 win against Clarksburg May 3.

The team put together a strong run at the end of April, finishing the month with a four-game win streak. They beat Wheaton 20-0, Gaithersburg 10-4, shut-out Wootton 1-0, and pulled out a win against Walter Johnson 5-4.

According to senior center fielder Nick O’Brian, despite a few issues in the beginning of the season, team chemistry improved and players play began to together.

The strong performance down the final stretch of the season put the Bulldogs in good position going into the playoffs.

With the season coming to a close, the Bulldogs are losing nine seniors.

According to Shemer, there are a lot of shoes to fill, but the goal is still to win a county championship next season.