Location tracking apps are not the right snap 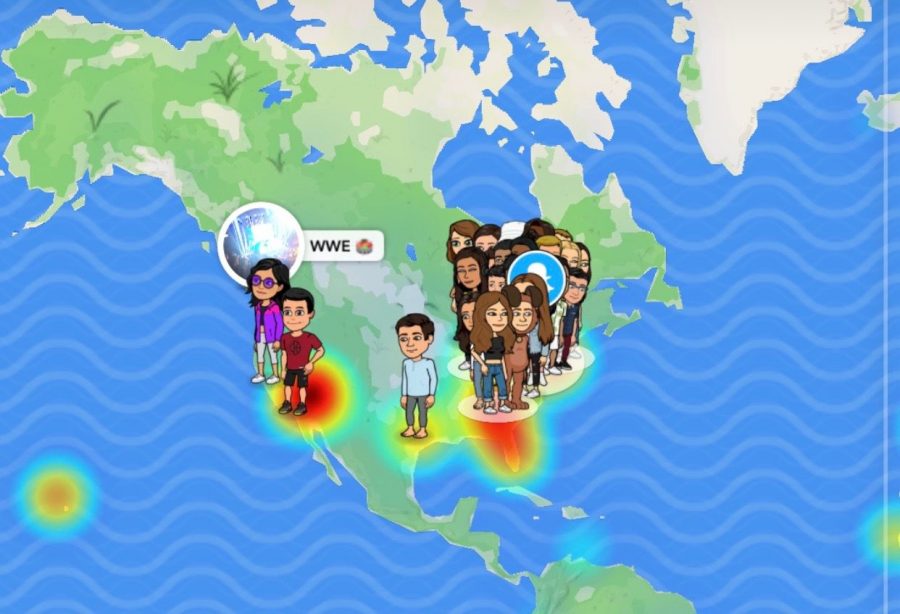 Snap Maps is a feature on Snapchat where locations can be shared with friends while using the app. This technological feature can hurt teens' mental health as they can see when they are being left out from an event which can lead to the feelings of isolation, depression or anxiety.

To what lengths will parents go to express their love for their children? As we ride into this new technological era, social media tracking apps are becoming more and more popular. With features such as Snap Maps, Life360 and Find My, technology has been a little too Big Brother.

When children are being monitored with every step they take, we must think about how this impacts them, especially their mental health.

Apps like Find My provide location tracking 24/7, and Life 360 takes this to a whole new level. Life 360 is an app one can download on their phone that provides features from crash detection to driver reports along with the generic location tracking.

According to the Life 360 website, the feature has an “automatic Crash Detection that alerts your Emergency Contacts and sends an ambulance to your location immediately.”

In addition to their automatic Crash Detection feature, Life 360 provides a driver report about the user’s drive every time with categories including phone usage, speeding, hard braking and aggressive driving.

Proponents of the app believe it is a great way for parents to check in on their child. Many see it as an easy way to ensure their child’s safety without actually talking to them directly– they get to pry without ever feeling overbearing. But, in reality, this makes teens so cautious and scared of getting in trouble for “aggressive driving” that it is all they can concentrate on.

These apps take the expression “helicopter parent” to the next level as they break the trust and bond between a child and a parent. While they focus on physical safety, the apps are doing mental harm. There have been many studies conducted that found strong links between children’s mental health decreasing as the trust between a parent and child is broken.

According to the U.S. Centers for Disease Control and Prevention, depression, anxiety and panic attacks affect about 25 percent of teens.

There are better ways to monitor your child, and children need to learn how to be more independent regardless. Apps such as Life360 are way too overprotective and can even induce mental illnesses.

Even in Snapchat, one of the most popular social media networking apps, they provide a feature that includes sharing one’s location with their peers. Most familiar to us as Snap Maps, Snap Maps, unlike Find My, updates your location only when you are using the app, however, it is still more harmful to teens than one may believe. You can’t go to a restaurant, your school or your own house, without being watched.

For kids, if they are oblivious to the fact that social media does not accurately depict a person’s life, it can lead to unrealistic comparisons. This environment can be toxic and lead to mental health issues, especially to kids that are at such an age where they can be easily influenced.

Not only this, social media tracking apps can lead to a lack of productivity, bullying and the dreaded F.O.M.O. or better known as the fear of missing out. This acronym is some of the debris social media releases inadvertently as a byproduct. The constant urge to stay active and see what your friends are doing has become so evident in kids’ lives.

From these social tracking apps, teens are able to see when they are being excluded from activities or social events which can spark the feeling of isolation, anxiety and depression.

But, there are solutions.

According to the National Center for Health Research, there are a multitude of ways for parents to inform their children about safe and healthy ways to use social media such as turning off notifications from these platforms or taking periodic breaks from the platform.

Tracking apps do have many pros, but it is important to not just overlook the cons. Next time, maybe it is best to swipe left on these location-tracking apps.