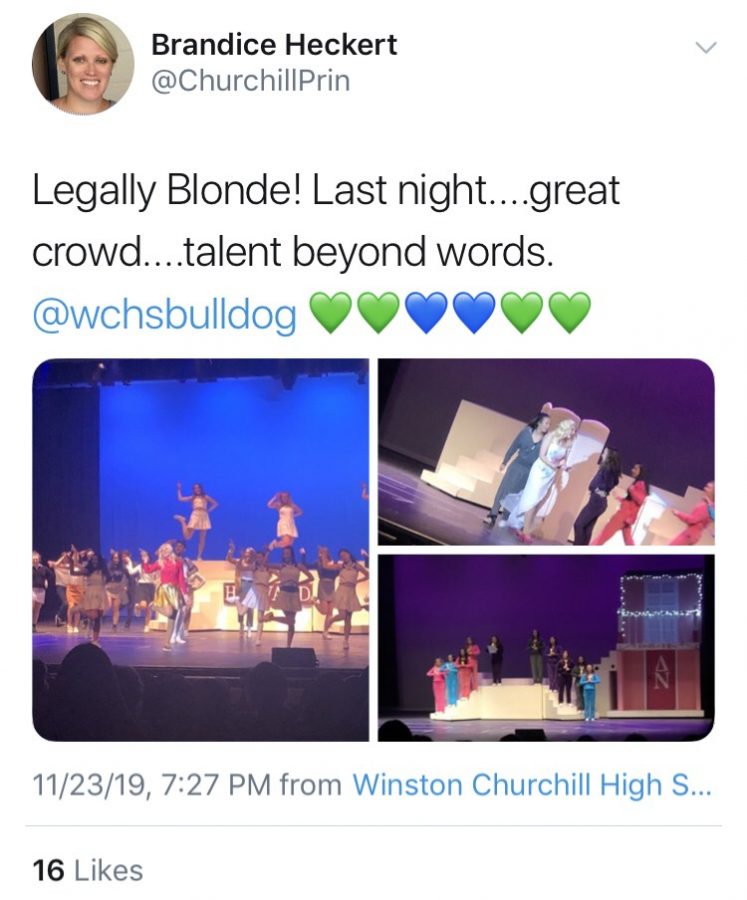 Principal Heckert has a very tough job. She has is to communicate with the student body. Communication is vital to getting things done at WCHS, as it keeps students, teachers and families informed about new things that have happened, upcoming events and more.

Currently, the only social network that Principal Heckert uses to communicate about WCHS is Twitter. However, not enough WCHS students use Twitter. According to a Pew Research Center survey, only 3% of teens use Twitter as their most used social media network. With these low numbers, not many students are actually seeing the content from Principal Heckert’s Twitter.

Critics of Principal Heckert adding more social media networks may argue that the time it takes to post on these other networks will reduce the time that is budgeted for other activities. However, Principal Heckert posted eleven times on Twitter during the first four days of December. By reducing the amount of Twitter posts, she can find time to post on other services and spread her message to a wider array of people.

The WCHS SGA already has a very successful Instagram page to market events to students. The page has over 800 followers, most of whom are Churchill students. However, this page lacks the professionalism and authenticity that only Principal Heckert can provide by starting her own Instagram page.

Principal Heckert can use her job to immediately gain the following of WCHS students, along with some of the parents and teachers that are on Instagram. Heckert can also use Snapchat to promote events, by creating graphics to post on her story. Finally, Heckert can use YouTube to create advertisements for events, and to recap past events.

Principal Heckert is doing a great job reaching out to students and parents via Twitter. Expanding to other social media networks would expand the outreach dramatically and help keep people in the know.