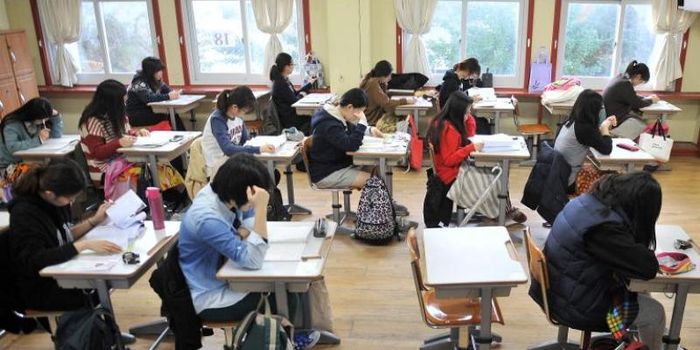 Students taking the ACT are often in the testing center for hours on end, but the new change will allow students to only test for one hour or less instead.

On any given Saturday from 8-12 AM, certain high schools are packed with students taking standardized tests. However, soon this entirely too long process can become a lot shorter for many students.

The new change to the ACT, which will allow students to take sections of the test individually starting Fall 2020, only seeks to help the families of students and the students themselves.

The ACT is made up of four sections: reading, english, math and science, along with an optional writing test. Originally, students had to take the full ACT whenever they wanted to take the test. Students will now be able to go in to take one section at a time.

The major benefit of this change is the money. The full ACT with writing costs $68. The ACT has said that the individual sections will cost much less. Many families find the burden of financing standardized tests heavy. Students usually take the tests more than once to get a good score, and it costs even more money to send these scores to colleges. This new format will save families money, as students will only have to pay for the sections in which they want to improve

According to a March 2019 report from IBISWorld, “the tutoring and test prep industry generates an average of $840.4 million every year.”

While many will argue that this will inflate scores, it will evenly inflate scores for all students, thus negating any unfair advantage. Every student taking the ACT will be able to use this new policy to their advantage, so everybody’s score will increase similarly. Furthermore, as admissions moves farther away from basing acceptance on numbers, these scores will not be as crucial of a factor in the decision process.

According to an October 2019 PBS News study, “Every 10 days, on average, another university makes these tests optional for admission.”

Standardized testing has also been heavily criticized for its lack of accessibility for students that do not thrive in testing environments. For students with low concentration and patience, sitting for a four plus hour test can be strenuous and harmful to their mental and emotional health.

“The changes are meant to better serve students and spare them unnecessary time taking tests,” Mary Michael Pontzer, a vice president at ACT said in a 2019 USA Today article.

This new way of testing will not only allow for these students to test in smaller time blocks, but it will also make the overall testing experience much less tortuous.

Finally, the ACT is meant to test a student’s proficiency in four subjects and writing. If a student is shown to do very well in one area, they should not have to continue studying that one area in which they have already proven they excel in. Instead, it is much more beneficial for them to study the material they are less comfortable with and take those sections separately.

This new testing policy is meant to reduce student stress, take some of the financial burden of testing off, and decrease the pressure that kids put on the ACT. We should embrace this change and continue to push towards lessening the impact of such exams.