Yearly concussion tests should be mandatory 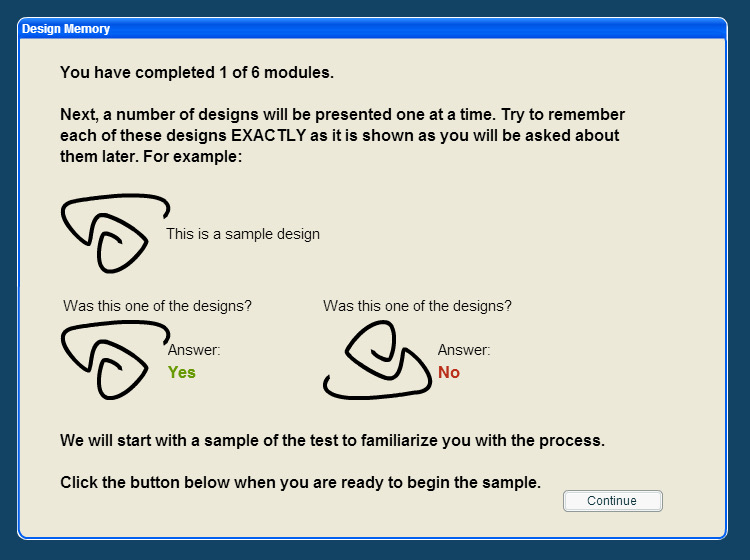 A section of the ImPACT concussion test ask students to memorize shapes and choose which shapes was shown seconds later. Through these tests cannot prevent concussions, they can show when it is safe to clear an athlete.

Safety has always been a priority in athletics, especially for those who participate in high school sports. As a result, it is normal to ask, why is it that the WCHS faculty does not consider a yearly baseline concussion test as mandatory?

Every year in high schools around the country, a “concussion test” is given to all student athletes in school prior to the start of each sports season. This test acts as a baseline for student athletes in order to help determine whether or not the brain has been impacted upon injury. For WCHS administration, this crucial test is apparently not necessary.

According to a Feb. 2018 Athletic Business article, baseline tests should be completed every year prior to the start of the sports season. It is helpful for athletes to have a test done before they get started with dangerous physical activity, as it gives doctors something to compare their altered brain function to.

However, WCHS is not following this standard anymore. Students at WCHS are only required to take the test in the first year of their sport, and never again, with the exception of the occurrence of a head injury.

As we get older, we mature, and so do our brains. As our brain continues to develop on a daily basis, it continues to change. Similarly, an athlete’s brain functionality will change from freshman to senior year.

According to a June 2018 article done by the Cleveland Clinic, “adolescence is the period of developmental transition between childhood and adulthood,”as this is a very crucial part of young adults lives, they need to be as protected as much as possible.

It is best to have the most current results possible when comparing pre and post injury functionality. If an athlete was tested freshman year and gets injured as a senior, it will be difficult to determine the severity of the injury in the absence of yearly testing. If a concussion test was not taken in the beginning of a season, doctors will have only a general idea of what to compare a post injury function to, which is very risky since personalized recovery plans are possible only with the latest data of the individual.

By participating in baseline testing, coaches and trainers would be able to compare pre and post injury brain function and determine a diagnosis and an approximate date the athlete can get back to playing.

In the past couple of years, the likelihood of sports-related concussions has increased immensely. The severity of concussions can vary anywhere from a mild one where the patient is dizzy, sensitive to light, and fights constant headaches to delayed reactions, slurred speech and amnesia.

It is not safe to say that what works for one person works for anyone who is similar. The same thing applies when basing patient recovery time on someone who is the same age and gender as the patient.

Although obtaining a baseline test cannot prevent concussions, it can help denote when it is safe to clear someone. Athletes can be put at risk as they could be cleared too early and without proper treatment directions.

Injuries happen to everyone, but knowing how to diagnose and treat them in the best way possible helps to decrease the stress of the situation. By having students update their concussion test every one to two years, WCHS can be safe and prepared prior to any injuries even happening.