Students need to accept their part in the college scandal 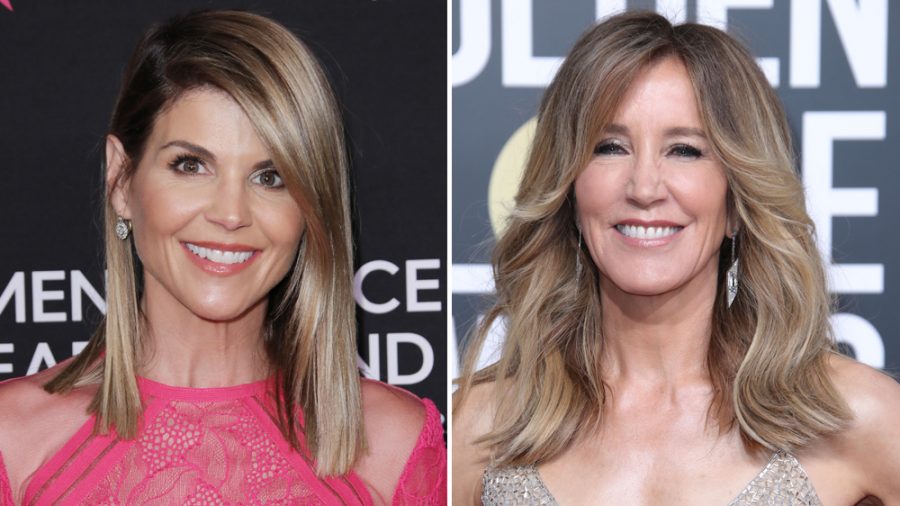 By Caitlyn Jennings and Jackson Resnick

A 1570 SAT score, straight A’s all throughout high school, a boatload of extracurricular activities and a diminished high school social life. This is the typical academic resume that the average Yale University student boasts.

In 2018, 32 WCHS students applied to Yale, most of whom possessed the academic record to get accepted, yet only two were accepted. Yale’s 6% acceptance rate makes admission to the university one of the most competitive in the world. While there are thousands of people every year who have what it takes to get in on their own merit, only 6% get in.

However, recent investigations found that a number of rich kids’ parents have been using loopholes to get into top universities. According to a 2019 CNN article, 50 people, including parents and college coaches, are facing charges for carrying out a scheme where wealthy people “game” the admissions process and get their kids into top schools.

According to a 2019 ABC article, the scheme was led by William Rick Singer, a businessman who has pled guilty toward committing fraud. He confirmed that roughly 25 million dollars were funneled into his college consultant company, which used a fake charity as a front to qualify for tax deductibles and avoid FBI detection. The parents and students who paid for his services were aware of and encouraged this malpractice.

For some in the WCHS community, the idea of having some professional assistance to get into college is not completely foreign; college counselors and standardized testing preparation courses are common tools that students use as they embark on their applications. However, the divide between those who can afford these services and those who cannot has already been highlighted plenty of times.

By paying for SAT prep classes and hiring legitimate college consultants, the wealthy already have plenty of legal routes they can take to get ahead, but that was not enough for these multi-millionaires.

Unfortunately, this shameful route the accused parents took has been set up for them all along. The parents have been using these top institutions as a way to guarantee their children get the same opportunities that they had, but only the parents earned it. This scandal epitomizes the power that wealthy white people have when it comes to getting ahead in life.

The danger of this, however, comes when the wealthy get into a cycle of rigging the system. When students work their whole life to get into the college of their dreams and wind up getting in, they experience the extremely rewarding feelings that come with it. But when rich white people find that a few million dollars of their pocket money can get them the same spot as someone who worked for it, they start having the same psychological feeling of “I earned it” as those who actually deserved it.

This becomes a never ending cycle of corruption that can live with these people for the rest of their lives. When those kids who were struggling to get a 1300 on the SAT get that $100k a year job thanks to their paper degree that says Yale on it, they start believing they actually earned it.

Ironically, these apparent “high class” people used an extremely “low class” tactic to get their way. According to a 2019 CNN article, one mother pretended her daughter was a crew recruit, and created a fake crew profile, even taking pictures of her daughter in a boat, even though she had never rowed before. Despite this, she earned an acceptance to University of Southern California for crew. Upon admittance, she did not show up to practice once.

Furthermore, these students do not deserve to be at school and are taking away spots from those who can get in based on merit alone. On CNN, an African American spokesperson who went to UVA said that she has had to work twice as hard to get half as much as those who are wealthy and elite. This should not be the case in the world of college admissions, but it is.

Those who have legacy status and can afford to donate large sums of money already have legal advantages over the less fortunate. By paying for SAT prep classes and hiring legitimate college consultants, the wealthy already have plenty of legal routes they can take to get ahead. Therefore, they should be punished for committing fraudulent acts that harm the average student.

The sad reality is that many of these students do not even want to be at college in the first place, so having their degrees revoked would not cause them any psychological harm. Olivia Jade, a wealthy instagram influencer who attends USC, joked that she was ‘literally never at college’ in a 2018 YouTube video that news sources such as ABC now mock.

Jade said that she was only interested in game days and parties. After news of the college admissions scandal was released, top brands such as Hallmark have dropped her, harming her now shut-down Instagram account. USC should follow suit and kick Jade out of school.

Although more than 50 parents face charges, many people argue that students should not face consequences for their parent’s actions. After all, they were minors when the scandal occurred. According to the FBI, many parents hid their actions from their students. In fact, Singer hired people to change SAT answers after the students took the test themselves.

At the end of the day, however, students need to be held accountable for their actions. Society does not benefit from having students earn degrees from schools where they struggle. If people cheat their way through college, that mindset will carry over to their career. No one benefits from having an incompetent lawyer represent them, or a struggling surgeon operate on them.

In order to move forward, the students involved should be kicked out of college, but facing legal charges is an overly harsh penalty. If they really want a degree, the students can take community college classes and earn acceptance to a university.