All in the stars? Don’t live your life by celestial movement 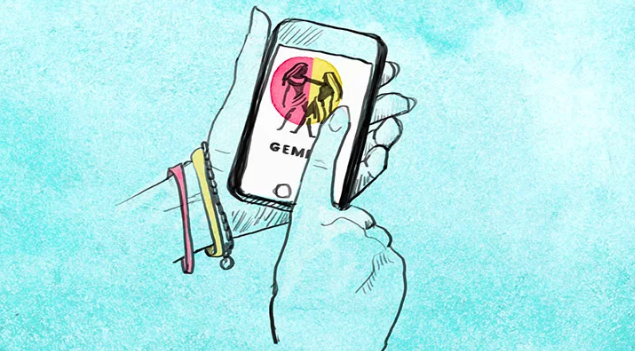 We’ve all heard how Shakespeare’s Romeo and Juliet are star-crossed lovers, but what exactly does that mean aside from their ill-fated love affair? For those who believe in astrology– and the control stars have over human destiny– it means everything.

Astrology is the study of the influence of celestial movement and objects on human affairs. Called zodiac signs, there are thirteen different astrological signs that pertain to different months—and movements—in the solar system. Astrologists use the positions of the sun, the moon and the stars at the time of one’s birth to determine one’s personality and predict future events. But there is a question on all of our minds: are these predictions accurate?

According to a May 2017 Huffington Post article, zodiac signs do have some value to them, especially since certain inspections of planet and star alignments have revealed truths about the world previously unknown.

The issue with astrological zodiac signs, however, comes when the Internet takes over telling users what their signs mean and what their future will be. On the Internet, anything can be shared and seem true, but that doesn’t necessarily mean that it is.

According to the previous Huffington Post article, part of the bad reputation of astrology stems from such inaccurate retellings, as done by newspapers or magazines that sponsor horoscopes.

When it comes to horoscopes in newspapers or magazines, the language is extremely generic and seemingly relatable that anyone who reads it feels that it can apply to their future.

According to a Shape magazine article, a study from Ohio University found that people who believed in horoscopes or other aspects of astrology were significantly more likely than skeptics to agree with descriptive statements about themselves attributed to astrology.

Which, in the case of generic horoscope clippings would make sense. If one tries to make sense of a horoscope in the context of their life, most of the time they will be able to relate it back to themselves and deem it true.

Now take into account the social media accounts that gain fame and fortune off of selling the idea of horoscopes and zodiac signs to users around the world.

According to a Jan. 2017 Odyssey article, social media’s resurrection of zodiac signs only works as an excuse for people to feel like they know everything in order to make sense of the world.

People love to know what their future is going to be, and most of the times, reading daily or weekly horoscopes seem to be the best way to do that.

The problem augments, though, as people come to rely on their horoscope to guide their life and live their life by the rules of stars that might not even be telling the truth—at least not if that truth is being decided by magazines and social media accounts.

According to Shape magazine, a placebo effect occurs which causes people to look for signs that confirm what we already believe.

And while Romeo and Juliet were star-crossed, that doesn’t mean the idea of astrology itself is, though the portrayal of horoscopes on social media might be similarly ill-fated.