WCHS students do not hear concerns about earbud usage 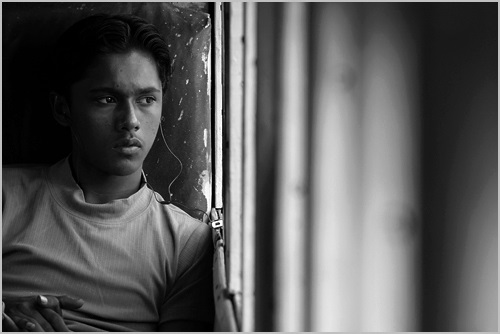 A student is listening to music, which could be distracting them from their learning.

Many students walk down the halls of WCHS plugged into earbuds or airpods and completely tune out from their surroundings. Even in the classroom, several students listen to music during lectures.

However, this culture among students has not always existed. A couple of years ago, smartphones and earbuds played little significance in students’ academic lives. But nowadays, they seem to be an integral part of every aspect of students’ daily routines.

With the new invention of airpods, these cordless earbuds have become an even bigger part of students’ lives. Airpods have made listening to music easier than ever, as they are smaller, wireless and less noticeable.

Although the increase in the popularity of earbuds and airpods may have benefitted those who need help focusing, the expansion of earbud use has had a generally negative impact on students in various ways.

According to a 2015 study published in The Journal of the Acoustical Society of America, music can increase the brain’s production of dopamine which may help students focus more, but this is one of the few benefits of listening to music while studying.

Listening to music or watching videos on their phone hinders many students’ ability to focus in class by distracting them from their work or the lecture. Although teachers require students to take out their earbuds and turn off their cell phones, hair or hoods can easily conceal airpods.

Not only does music distract students, but it can also impact the amount of information students retain while studying.

According to 2014 research at the Cardiff Metropolitan University,  researchers found that students who tested in quiet environments performed more than 60 percent better on an exam than those who tested while listening to music that had lyrics.

This study demonstrates the downsides of listening to music while doing schoolwork; it may hurt not only one’s ability to retain information but also their performance on tests.

According to a 2018 study by Florida National University, classical music is the only music that may have any benefits on students’ studying, therefore the lyrical music that many students listen to while studying has no benefits on their ability to concentrate.

Additionally, having earbuds in while talking to adults and teachers also signals a sign of disrespect, something that many students are unaware of or ignore. It seems like such a normal part of some students’ days that they may fail to realize that they are being rude while speaking with some of their teachers.

The increasing technology of earbuds in today’s society has taken a toll on many students’ abilities to concentrate, both in school and studying outside of school. Although there is no quick fix to this problem, parents and teachers should definitely take this increasing problem into account when addressing students. On the students’ end, they should become educated on just how distracting music can be and take note of the message they send others when they listen to music during conversation.