CHS students need to learn the difference between cheering and taunting 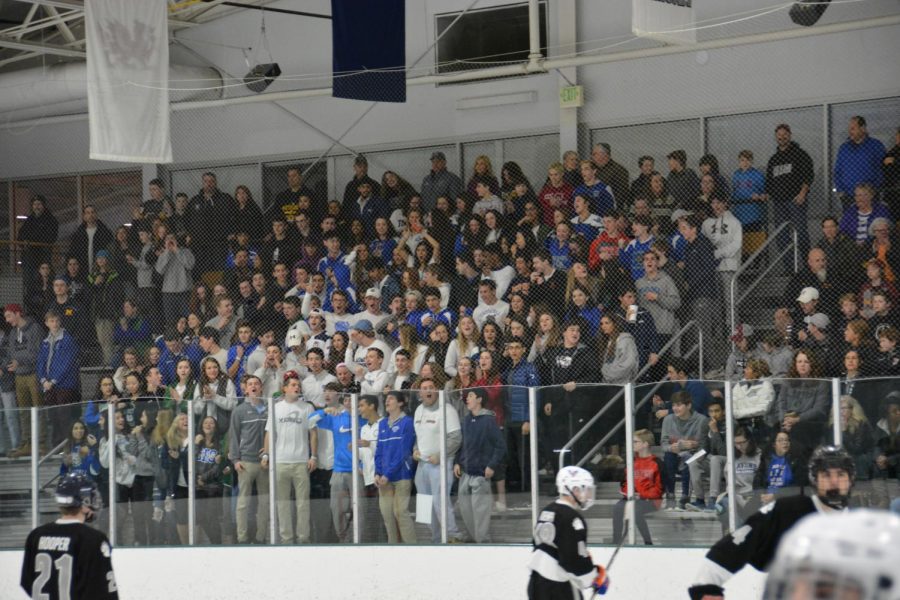 Cheer(v.) – shout for joy or in praise or encouragement.
Taunt(v.) – provoke or challenge (someone) with insulting remarks.

There is a difference.

At many CHS sporting events, for example, the recent Maryland Hockey State Championship, students displayed poor sportsmanship by insulting and discouraging the opposing team. This hurts the reputation of the entire school.

When students play a sport, they represent CHS, and when student spectators support the team, their actions equally represent the school. Inappropriate chants do not help our players perform better, and they do not cause the other team’s players to perform worse either. All they do is show the other school’s student body that our school supports poor sportsmanship.

What students have also failed to recognize is that this behavior displays our character both individually and as a school. If we behave rudely during games, then other schools will believe that we are rude outside of game environments.

According to a 2018 Kidshealth Sportsmanship article, kids who taunt or bully the opposing team are more likely to have the same behavior in the classroom and in other similar social situations, while kids who practice and demonstrate good sportsmanship are more likely to carry that behavior into the classroom and social situations.

It seems as though CHS students have begun to take pride in status, encompassing the common stereotype that CHS students are too wealthy, entitled and spoiled. From doing “rich-outs” at games against Wooton to flipping people off, much of the student body embraces every part of part of being “stuck-up.”

There is a difference between being spirited and being rude, and CHS supporters mesh the two. Cheers revolve around calling out specific players on the other team, ridiculing the goalie and even shouting at the opposing coaches.

Although many students and staff expected the hockey team to win their fourth consecutive State Championship, in no way does this justify obnoxious, inappropriate spectator behavior and treatment of the other team.

According to senior Dave*, who attended the Maryland State Hockey Championship this year, CHS fans will regularly shout at the goalie after we have scored, counting the amount of goals scored, and then ending with an “all your fault” to the goalie.

Other schools seem to have mastered the ability to be spirited and have fun, while also being respectful. So what is stopping us?

If we are trying to change the negative stigma that surrounds our school, practicing fair and appropriate sportsmanship seems like a good place to start, especially leading into the spring sports season.