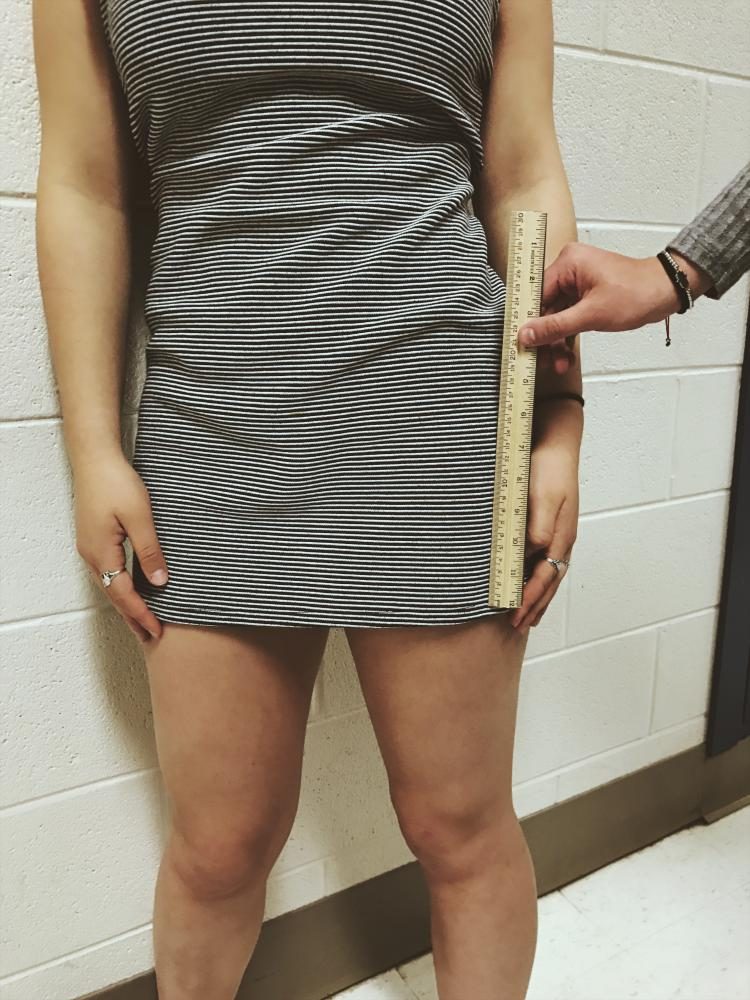 Throughout the history of mankind, there have always been rules—both written and unwritten—governing the way women dress, behave and think.

Dress codes are just one of the many rules that unjustly control women. The sexualized stigma surrounding girls’ outfit choices not only affects what they can wear but can negatively impact their behavior and self confidence.

At CHS, many girls wear leggings every day and although it’s not barred by administration or the dress code, leggings are sometimes viewed as the pinnacle of overly-sexualized clothing in society, which should not be the case.

In March, United Airlines barred two teenage girls from boarding a flight due to their supposedly inappropriate attire of leggings. What most people don’t know is that the girls were forced to change because they were traveling for free as “pass travelers” and were representing the company.

Pass travelers are United Airlines employees, and sometimes their dependents, who are allowed to travel in the airline for free. When they are flying the airlines at no cost, they are not allowed to wear leggings or any article of clothing that shows their undergarments because they are considered “representatives” of the company.

According to a March New York Times article, Jonathan Guerin, a spokesman for United Airlines, confirmed the girls were not allowed to board due to their clothing. After the uproar, the company tweeted the dress code that was applied to pass travelers.

The idea that girls cannot wear a certain article of clothing because it is not “appropriate,” is absurd. Certain clothes, such as leggings, are worn for comfort rather than to show off skin.

In the case of United Airlines, while the company’s argument had validity, the issue is that the stigma of girls’ clothes being overly-sexual was reinforced. Girls were forced to be extra cautious of what they wore and how they appeared to others because of how others want them to appear, which is completely sexist and wrong.

Some schools may also accidently promote prejudiced policies just as United Airlines did.
According to a 2015 Bustle article, at least 25 girls—most likely more—were pulled out of class at Vista Murrieta High School in California just two days before graduation (when it was 90 degrees outside) because their dresses violated school policy. The girls had to wait—outside of class—for clothes to be brought to them by their parents.

The action of pulling 25 girls out of class caused a disruption to other teachers’ classes, other students’ learning in those classes and every single one of those girls. That disruption was far more unruly compared to the girls’ clothes.

Girls are deemed “the distraction” to boys and yet boys are not the distraction for girls. Dress codes that unfairly target women only perpetuate the double standard of regulating what girls wear instead of attempting to change the behavior of others.

According to the CHS Dress Code Policy, bare midriffs and muscle tees are both against the dress code along with backless halters, transparent clothing, hats and tanks with straps less than one-inch wide. However, during the spring, boys roam the halls wearing muscle tees that expose their rib cages. If a girl was to do the same thing, who would be the one condemned? You take a guess.

According to an Observer survey of 50 CHS students, 82 percent of students feel that the girls are more impacted by the dress code than boys at CHS.

The double standard of dress coding must be ended. If the current dress code is not enforced equally, it may need to be rewritten or enforced differently in order to do so.

Girls are told they should go to school and get a good education. But the moment they try to do so, their education is hindered by what they wear. Their education is put on the back-burner while girls are chastised for their clothes being distracting for boys. It is absurd that in the 21st century, the sexist practice of certain dress codes are still in place.

School, and society as a whole, does needs rules and governing to protect against chaos. The dress code serves to keep CHS a safe and productive learning environment. Still, a better form of dress code would be to focus only on certain images and messages portrayed on shirts and clothes rather than focusing on clothes showing some skin.

When girl’s clothes are deemed “sexual” even though it’s not the intention, certain stigmas behind rape culture rise such as it being the girl’s fault because she was dressed a certain way.

There comes a point, the moment when a student’s clothes (almost always a girl’s), are prioritized over their education for instance, when dress codes encourage chaos through miscalculated and indirectly oppressive decisions.

High school is a place where students grow up and learn who they are. High school should not be a place where they’re shamed for what they wear. We want our girls to grow up loving themselves and the first step to that is to not force them to change who and what they are.