Moco For Change organizes another walkout 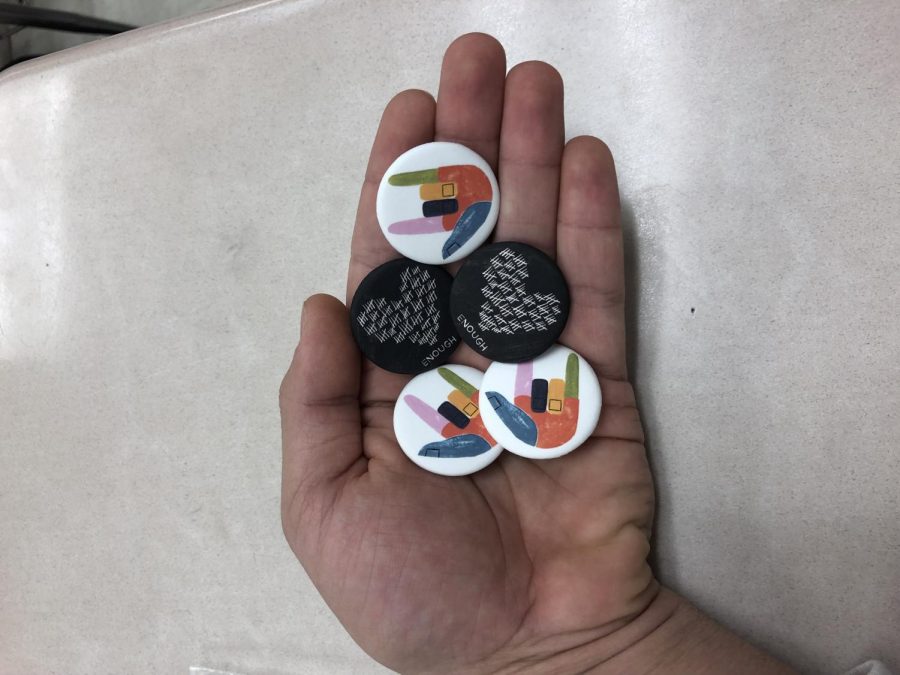 Moco for change gave out free pins to students who attended the march.

On Thursday March 14, the student-led group Moco For Change arranged the movements for a walkout. They protested gun violence and pressured Congress to pass a bipartisan background check bill.

Each school has their own representative from Moco For Change organizing the efforts, and they all have their own individual plan to get down to D.C. After starting a GoFundMe to pay for buses, a stage and speakers, Moco For Change has raised about $6,500 of their $7,500 goal.

“We have put in an extensive amount of work to make this walkout happen,” senior and WCHS Moco For Change representative Kareena Nambiar said. “We are planning to have a lot of people walkout.”

Prior to this walkout, administration at WCHS made March 14 a no test day to allow students who are walking out to not be forced to miss tests.

“We are really glad administration has been accommodating and helpful and allowed this Thursday to be a no test day,” Nambiar said.

MCPS Superintendent Jack Smith put out a statement on the walkout.

According to Smith, MCPS supports the students right to walkout and organize at school, however they are warning students that if they leave campus they will be marked unexcused and MCPS cannot maintain their safety.

To most students walking out, they don’t care about the unexcused absence as their parents are okay with it, and they are eager to use their voice to make change.

“I’m excited to walk out,” senior Uriel Zeitz said. “I want Congress to protect us, not the NRA or guns.”

Moco For Change has also sold shirts and given out pins in anticipation for the walkout.

“We’ve sold a lot of shirts and we are giving out these really cool pins that we received as donations,” Nambiar said. “The money from the shirts will be used to help pay for the stage and speaker system as well.”

While a lot goes into this walkout, students agree that it is definitely worth it.

“I’m glad we could come together as a county and use our voices to create change,” Nambiar said. “We’re prepared and excited for March 14.”