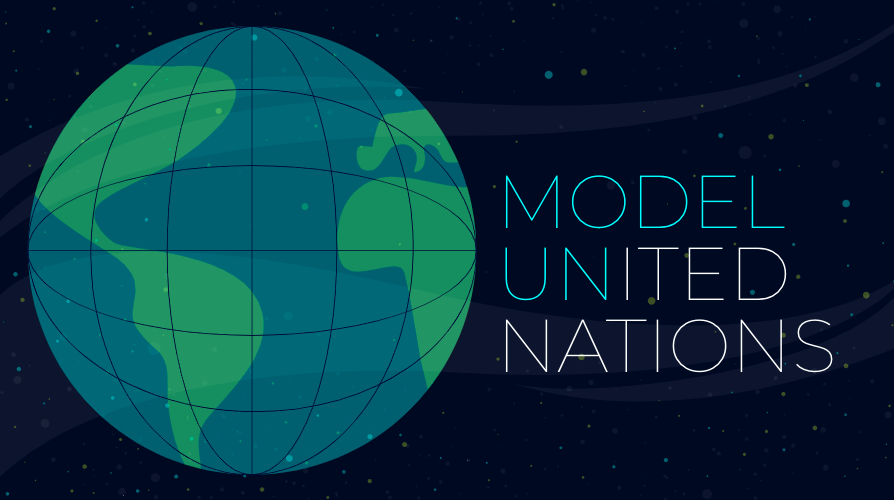 WCHS’s Model UN team hosted their first conference on April 16th-17th over Zoom. Students and Teachers put in countless hours of work to make this conference be the best it could despite the virtual environment.

While many of WCHS’s clubs have decreased meetings or simply stopped club activities due to the challenges that the virtual environment presented this year, WCHS’s Model United Nations (MUN) Club has chosen to do the opposite, emphasizing commitment and consistency.

Since the beginning of this school year, MUN has hosted weekly Zoom meetings on Mondays after school. During these meetings, club members debate pressing issues in today’s society, engage in activities to improve their public speaking skills and learn how to perform to the best of their abilities at MUN conferences. This year, WCHS MUN decided to host a conference of their own for the first time, a task that was even harder to accomplish online.

“The other secretariat members and I worked very hard to make the conference happen in the first place,” senior Phoebe Chambers, the Secretariat General, said. “We chose the committees, assigned student staffers their roles, sent email invitations to dozens of schools, managed school registrations as well as their assignments and payments, recruited teachers to chaperone and had several meetings with administration and the business office.”

After spending countless hours working and preparing to make sure this conference ran as smoothly as possible, club officers, members and teacher volunteers took to Zoom on April 16 and 17 to discuss pressing issues in today’s society and possible solutions.

“We hosted six committees with delegates on Zoom from all over the world, ranging from Rockville, Md. to Sofia, Bulgaria,” Chambers said.

While some students, such as Chambers, were in charge of operating and overseeing the conference as a whole, other students like junior Fatemeh Naghavinia were tasked with running one of the specific committees in the conference.

“I was the Chair of the World Health Organization committee (WINMUNC I),” Naghavinia said. “I was the head of the committee, basically running all the motions and votes, keeping the debate flowing, whilst ensuring that all rules were being complied with by the delegates.”

While committees were smaller than expected, some with only eight delegates, the conference still operated as planned. Delegates were able to improve their MUN skills, interact with people from all around the world and gain new perspectives at the conference. Some funny moments even occurred during committees that made the two days over Zoom memorable.

“During a break I suddenly started playing music just to keep the committee vibe going and everyone in the committee ran back to their laptops because they thought something was wrong and someone even said that they thought their Alexa was going crazy,” Naghavinia said.

As most WCHS students and teachers know from being in a virtual environment over the past year, technical issues are bound to arise during a conference over Zoom. While WINMUNC I did experience some technical difficulties, they were quickly resolved by the students running the conference.

“On Saturday morning, almost all of the links stopped working and we had to do a lot of troubleshooting,” Chambers said. “I even had to find a new link for one committee. MCPS also blocked delegates from being able to private message each other or rename themselves, but we worked around it by having chairs email rename delegates manually and making everyone co-hosts so they could private chat.”

While WINMUNC I was a success, there were some aspects of the conference that could be improved for the future.

“I hope that WINMUNC remains a long-standing tradition at Churchill long after I graduate,” Chambers said. “Hopefully, the conference will be in-person next year. I would suggest that we invite more schools, start working on the conference earlier, invest in a Wix website, use our social media more to advertise the conference and charge higher fees.”

It can be hard to find ways to stay busy and engage in the activities that you love during the pandemic. But with the hard work of numerous individuals, WINMUNC I made it possible for students to spend a weekend away from their typical lives.

“Overall, WINMUNC I was definitely a success,” Chambers said. “Despite a few bumps along the way, we were ultimately successful in our goal to bring a diverse group of students together to debate the most pressing issues of our time.”