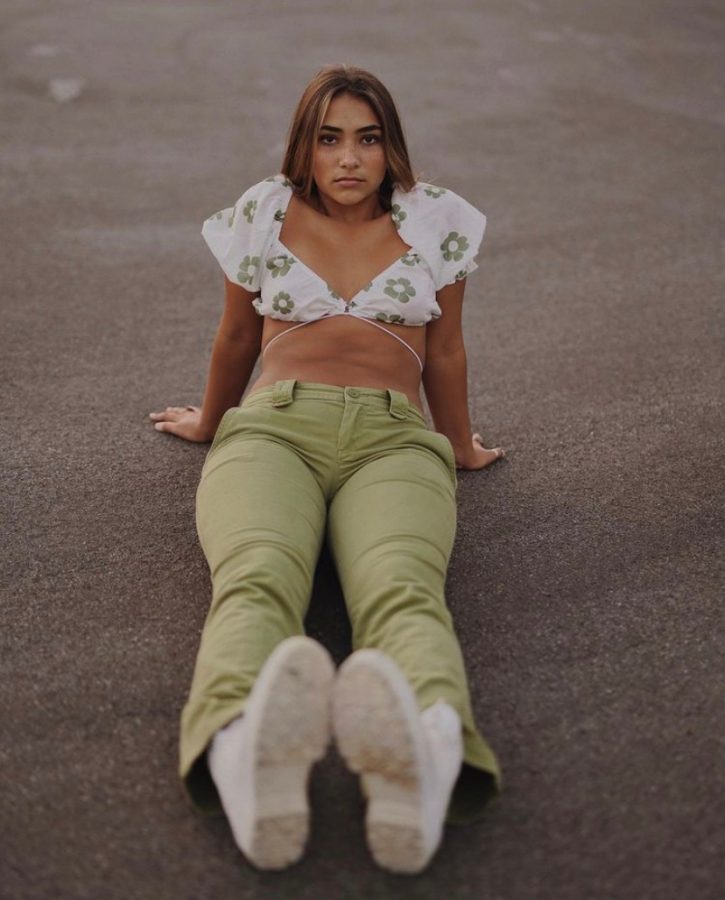 Sienna Mae Gomez, a teenager who is most known for her confidence and embracing her body, encourages her followers to be confident in their own bodies as well. She posts photos of her true self, not just the most perfect pictures of the batch.

The time period that we live in comes with an exorbitant amount of technological advances. One thing that has come out of these advances that has become a very controversial topic over the years is social media, which has sparked the debate over whether young minds should be exposed to it so early on.

When one thinks of social media and the influencers and creators that have gained a following, it is apparent that those that have become popular are usually people who present themselves as “perfect” in the beauty world. People idealize thinness and fitting into the normal standards of beauty that are completely unrealistic. Seeing this constantly on social media has made people more self conscious and insecure about themselves.

However, recently on social media the body positivity movement has become very popular. Different influencers have been using their platforms to encourage self-love, self-acceptance and healthy lifestyles. This type of social media has been very beneficial to the young minds of today in many different ways.

One app that has had a major breakthrough in destigmatizing “beauty norms” and promoting body positivity is TikTok. TikTok is an app where creators from across the globe can share 15-60 second videos about anything and everything. At first, it was said to have been very similar to Vine, another 15 second video app that allowed creators to share their content with the world.

Sienna Mae Gomez, a 17 year old normal teenager, went viral on the app after accidentally posting a dancing video where she had rolled up her shirt to show off her belly, poking fun at the other content creators who always post in their itty-bitty clothing pieces and try to gain pity from their fans. After accidentally posting the video, Gomez went viral and had millions of comments from random people. They were thanking her for posting the video as it made them feel less insecure that they didn’t look like all of the praised influencers.

Rather than contributing to the thousands of influencers whose content makes their followers feel bad about themselves, Gomez exposes the truth to millions of people and explains to them that these influencers do not look perfect all of the time, and they just know exactly how to pose themselves and filter their pictures. Some even edit themselves using apps like Facetune and Photoshop to alter their appearance. Gomez has helped millions of people advance in their own recoveries with eating and body-image disorders.

This body positivity community is something that probably would not have reached most teens/young adults had it not been for TikTok’s algorithm and ability to easily go viral. When social media is used like this, for the good of the people, it can make a huge impact. This community has made so many people feel comfortable and confident with their bodies and entire selves.

The communal aspect that has been created from all of this is also something that has benefited people immensely. Having an influencer who you admire help you get through a recovery, whether it be from an eating disorder or body image disorder, can help to push you through and get better. Encountering other people to talk to who are in the same position as you makes it feel as though you are not going through your issues alone. This TikTok body positivity community constantly talks to one another via the comment section, and everyone is so encouraging, respectful and supportive of each other, even though they most likely have never met the person that they are responding to!

I don’t believe that young minds should have access to all forms of social media, as the content posted could be very triggering and the negativity and cyberbullying can be mentally draining. However, if the “positivity trend” were to reach all platforms of social media and the negativity were to disappear, I think that the communal aspect that kids can receive could benefit them.