Seal of Biliteracy award symbolizes dedication to mastering a language 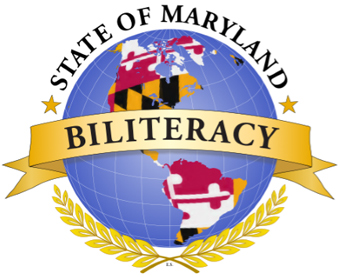 There is one thing that sets certain WCHS students apart from the others: biliteracy. Some students can fluently write, speak and understand another language because it is either spoken at home or in the student’s environment in some way. One course of action for these students to gain the recognition they deserve for their biliteracy is the Seal of Biliteracy Test.

The Seal of Biliteracy is an award given to students at their graduation, and it symbolizes the effort that students have put into becoming fluent in one or more languages in addition to English.

“The Seal of Biliteracy looks great on college applications and resumes,” WCHS World Language Resource, ESOL and Spanish teacher Elizabeth Rodgers said. “Many people are multilingual, but the Seal of Biliteracy shows universities and employers that a person is multiliterate, that he/she can communicate academically in more than one language.”

The ACTFL, or the American Council on the Teaching of Foreign Languages, provides multiple exams for each language, and once students pass the exam or receive a certain score, they get the  Seal of Biliteracy.

“The [German] test had four parts,” sophomore Isabella Difilippantonio said. “The first part was a written exam, the second part was a listening test, the third part was to see how well you understand what you read, and the fourth part was a presentation where we had to talk to the judges.”

Learning and being fluent in a language takes more than a couple of classes at school or fifteen minutes on Duolingo. Most language-fluency requires it to be spoken at home or spoken in the context of a school environment.

“There are so many rules [of the German language] and so many exceptions to the rules,” Difilippantonio said. “Even the kids in my German school who speak German at home have difficulty remembering some things.”

There are multiple exams that students can take outside of school to obtain the Seal and prove their proficiency and fluency in one or more other languages. Along with the certain exams aligned with the ACTFL, students can earn the Seal by getting a four or five on the AP World Language Exam, or by taking the Avant STAMP 4S exam, which is also administered by WCHS.

“Overall, these language exams are wonderful chances to show your knowledge and skills in another language other than English,” senior Lyubov Bulavin said.

“Make sure it’s something you can handle,” Difilippantonio said. “Know how much time you’d have to put into it to properly understand [the language].”

Like any exam, passing it requires preparation. Merely speaking the language at home will not make the test easy to pass, although being surrounded by the language is definitely a plus. The Avant STAMP exam offers an online practice test for each language and gives feedback for improvement.

“Watching TV and read books in that language can be helpful preparation,” Bulavin said. “Even if you’re not sure if you’ll pass, give it a try, and you can always take it a second time.”