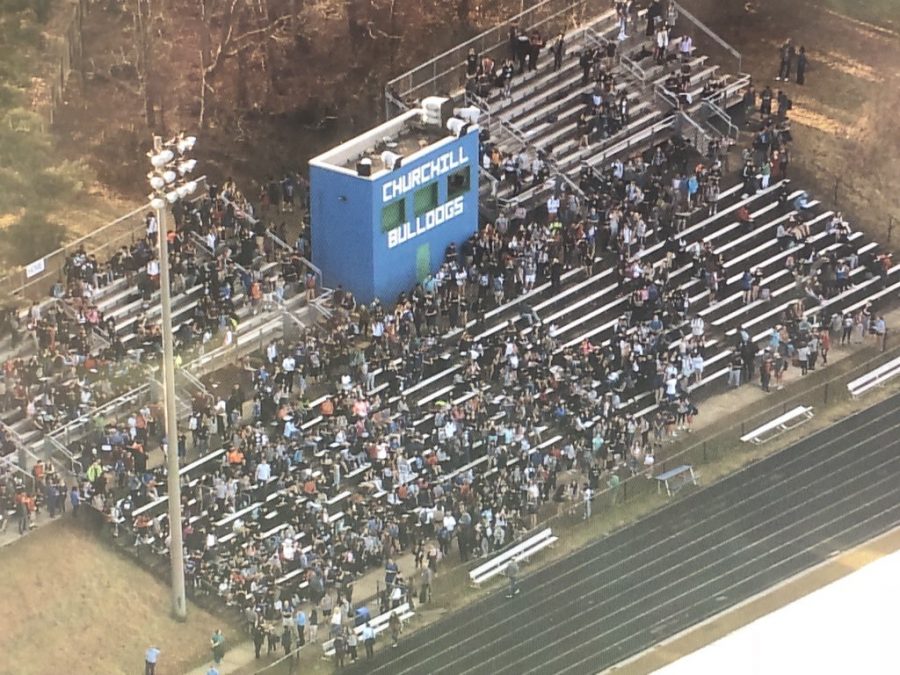 Last year’s bomb threat left WCHS students evacuated from the building and contained within the football field stadium for hours. This past month’s shooting threat left students in their regular classes as if attending a normal day of school.

Threats of school violence are becoming increasingly common. Although this trend prompts administration to begin normalizing these incidents, no threats should be treated as if they are not serious concerns– whether they become more common or not.

With every school shooting, the public is becoming more desensitized. News outlets are moving on faster and schools are grieving through slightly tweaked emergency procedural guidelines taped on the doors of classrooms.

According to the United States Bomb Data Center (BDC), education and office/business properties are the most commonly reported targets of bomb threats.

According to National School Safety and Security Services, a Maryland school district reported over 150 bomb threats and 55 associated arrests in one school year.

Certainly, with the growing prevalence of these threats, school administration will naturally have to change the way in which they respond. The rare incidents of shooting and bombing threats have morphed into events that are significantly less rare with poorly chosen words over social media, terribly thought out jokes between friends and even students looking for ways to get out of taking tests. While many of these may not be real dangers, they are still real threats regardless.

If the school administration starts to become less severe in their precautionary responses to threats of violence, they are putting everyone in danger. If one of these social media jokes is not really a joke, if the school administration is informed about an incident before it happens and they do not act, if they allow students to attend school normally with nothing more than an informational chain email sent out to parents, they will have to live with the fact that they could have stopped something terrible from happening. They will have to explain how they were warned of an incident and decided that the warning was not valid enough to prompt a change in school schedules for the day. Ultimately, no missed class time that would accompany an evacuation is more important than student lives.

While there are many fabricated threats that administrations around the country will have to weed through, there will also be some that are real. No matter how common these threats become, each one merits a proper investigation. If students do not feel that the administration is addressing threats of violence appropriately, they will never feel safe within the walls of their classrooms. No matter how many times people “cry wolf,” when students’ lives are on the line, administrations cannot take a chance.

Lastly, as more announcements of threats made over intercoms hit WCHS and other schools around the country, the severity of each one should not be swept under the rug. While many saw the WCHS evacuation to the field in 2018 as an overreaction, this month’s normal school day was an underreaction. When dealing with threats of violence, it is better to overreact.