Will no likes be disliked by many? 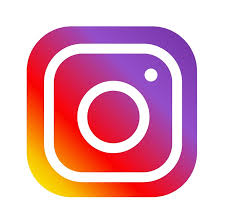 The Instagram logo is very famous for it’s various changes in color, shape and overall appearance.

Instagram has recently been testing out a new idea that involves removing the ability to view likes on a post. The goal would be for users to stop focusing on popularity and clout, and more on the content they are posting to make themselves happy, instead of worrying about what others think.

Instagram is testing the idea out first in Canada, and will remove the like number for photos and videos on various profiles and pages. The only person able to see how many likes there are is the person who owns the account. The photo will still show a few likes with a profile photo next to whoever liked it, but that is the only thing that a viewer will be able to see.

“I think Instagram removing likes is a good idea because it will allow the person to stop focusing on popularity and being cool, and will actually let them care about what they are posting so that they like it too,” sophomore Katherine Yi said.

Different studies have shown the unhealthy obsession that can come with wanting likes on a post. Many people tend to delete posts that do not get as many likes as they had hoped, and some users will start to compare themselves to others if they are not achieving as many likes as they want.

“I definitely try not to focus on likes, but I think everyone does in some aspect,” Yi said. “I know people that will look at someone’s picture, and automatically look at how many likes they got, just out of habit.”

The goal is to get rid of the negative mindset that revolves around getting likes and create a fun environment for users to interact with each other, instead of viewing it as a competition. A major voice of concern, however, is the influencers who make money off of getting likes and comments on posts, and getting sponsorship because of their fame.

“I think it will be interesting to see how Instagram will keep the influencers in business,” Yi said. “There are all these companies that pay popular accounts or users to post about their product, and that is how a lot of the influencers make money.”

Depending on feedback from the Instagram community after the test is run, it may spread to other places to see more responses to it. If there is positive feedback and higher user participation, it is likely that the test will spread, but if there is a negative response, then Instagram will most likely end it in Canada as well.

“I’m excited to see what happens,” Yi said. “I think it could be really beneficial to our generation as a whole because a large amount of our attention is focused on social media popularity and looking cool online.”