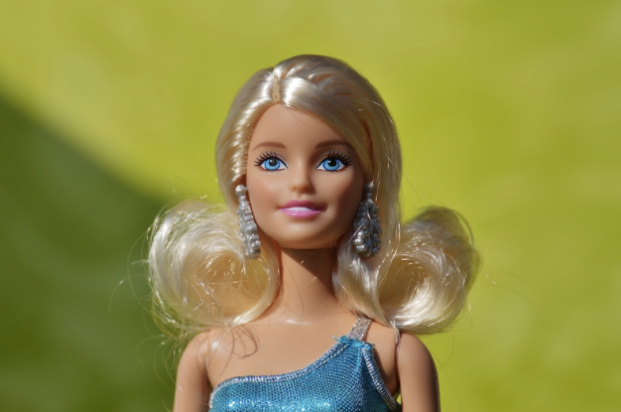 Barbie is a renowned symbol of beauty that little girls look up to from a young age.

For as long as humans have existed on earth, they have always instinctively emphasized the importance of physical beauty. With that beauty comes societal standards, one of them being the idea that beauty is more important than brains.

In society, women are held to the standard and expectation that they need to be beautiful in order to succeed, and that furthermore, beauty is more important than intellect even though that shouldn’t be true and kids should grow up knowing that they can pursue intellectual challenges and focus their time and energy on works like STEM rather than making themselves look pretty.

Mothers, aunts and grandmothers shower their little girls with compliments on their physical beauty as they grow up, which isn’t entirely a bad thing. The issue, however, comes when little girls who are now all grown up are forced to face the harsh reality that their appearance is the first thing that others notice and that people treat will treat in either a positive or negative way based on that first impression.

Beauty is an ambiguous term. Sure, it has its personalized definition by Merriam-Webster: the quality of being physically attractive. Nevertheless, however, “beauty” is such a general and broad-spectrumed term that it is all dependent on the eyes of the beholder, as the saying goes.

According to an April 2011 Association for Psychological Science article, many factors, including the way one dresses, acts, and carries themselves along with social status and wealth all play into personal attractiveness. The brain, among its many other functions, is such an effective beauty detector, in fact, that it can subconsciously judge the appeal of a face before a person is even consciously aware they’re doing it.

Growing up means facing a world of harsh reality for most children, due to the idealized environment that tends to be created around them when they are young—as not to damage the purity that comes with a young age.

According to 2015 research data by Common Sense Media, a nonprofit that provides education and promotes safe media for kids, more than half of girls ages six to eight think their ideal body size is thinner than they currently are. While the International Journal of Eating Disorders found that 28 percent of 5-year-old girls said they want their bodies to look like the women they see in movies or television.
Thus, in order to succeed, they need to be prepared for what’s bound to hit them. The coddling, pampering and showering with endless compliments, while okay at a younger age needs to turn into a conversation about what and who they are on the inside as they mature. They also must be made aware of what society’s standards are so they can be mentally equipped for the realities of the adult (and even teenage) world.

According to a Nov. 2015 New York Times article, Australian author Robert Hoge has found that children are relieved when grown-ups talk to them candidly about living with flawed features so that they know that while appearance does mean something in society, it is not life’s primary focus.

Employers even allot higher salaries to those who are better looking rather than those who happen to be more intelligent. Evidently, a former supermodel with the same education level as another, non-supermodel will not necessarily do a better job.

According to a May 2013 Independent magazine article, intellectuals and society continue to elevate the status of the ideal body. They relentlessly do this by promoting looks or athletic ability over intelligence and by paying people like David Beckham, who is not just renowned for his former soccer abilities but also for aesthetic appeal, a huge sum through gigs such as modeling jobs.

Even though beauty is a high held standard and expectation for women, that doesn’t completely mean that intellect is being cast off. Nowadays, more women are joining STEM fields than ever before and focusing more of their studies on STEM related topics.
According to an Aug. 2017 Bustle article, 29,000 girls took the AP Computer Science test in 2017, which is a 135 percent increase from the 2,600 girls who took the AP test in 2007.
Sure, being pretty is good; it’s great even. But being pretty isn’t the problem. The problem lies in the absurdity that comes with the idea that being attractive is the way to get ahead in life, causing those who are considered more attractive to neglect working as hard as others because they believe they will make it on looks alone.

Parents need to raise their children, and especially their girls, with the knowledge that being smart is indeed a superpower. We, as the generation of the future, must teach our own children that being pretty is not what they should aspire to be, but rather we must teach them the power of the mind.