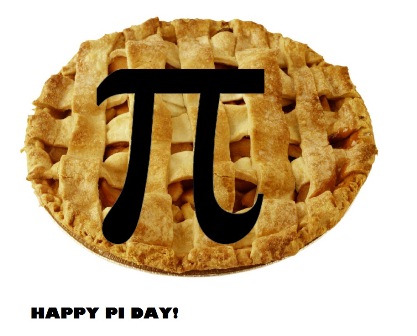 By Sammi Silber, Editor in Chief

In the normal math class, activities include taking notes, doing last minute homework and picking split ends.  But on Pi Day, the usual routine resumes, but with delicious sweets and treats on the side.

March 14 was Pi Day.  It is Pi Day because the date, March 14, numerically spells out 3.14, which are the first three digits of Pi.  It is also Albert Einstein’s birthday.  Many CHS students got the opportunity to eat pie in their math classes.

“I like celebrating Pi Day because it’s a nice break in the usual math schedule,” junior Jon Shay said.  “It’s been something that I’ve celebrated since elementary school, so it kind of feels like tradition.”

A lot of the CHS math classes decided to celebrate the mathematic holiday by having students bring in different kinds of treats, including cookies, brownies and of course, pies.

According to junior Eric Russ, whose math class celebrated with practice problems, pies and doughnuts, the festivities made math class more fun than usual.

“It was relaxing and made class more fun,” Russ said.  “I think people were more active and participated more.”

Although some students feel that the holiday is an important one, which was first celebrated at the San Francisco Exploratorium in 1988, others feel as if the holiday is not that big of a deal.

Other classes, however, decided not to celebrate the holiday and focused on learning important information for exams rather than sitting back and relaxing.

Junior Ruchi Mathur, whose class did not celebrate Pi day, feels that Pi day would have been fun, but the students in her class “have to learn” and should focus on the material instead.

Celebrated or not, Pi Day can be an important day for many different students who want to make math a little bit sweeter.

According to senior Jeanine Liu, her class did not celebrate Pi day, but she wishes they would because she loves the holiday.

“Pi Day is one of the best days of the school year because we get to celebrate math, which isn’t usually that fun,” Liu said.  “It gets people who don’t like math to like math because of all the food and games associated with it.”

In math classes, Pi Day is not just a day of treats, but a day of importance for Pi, the essential number used in many equations.  Although it is not nationally recognized, it is still important in many people’s eyes.