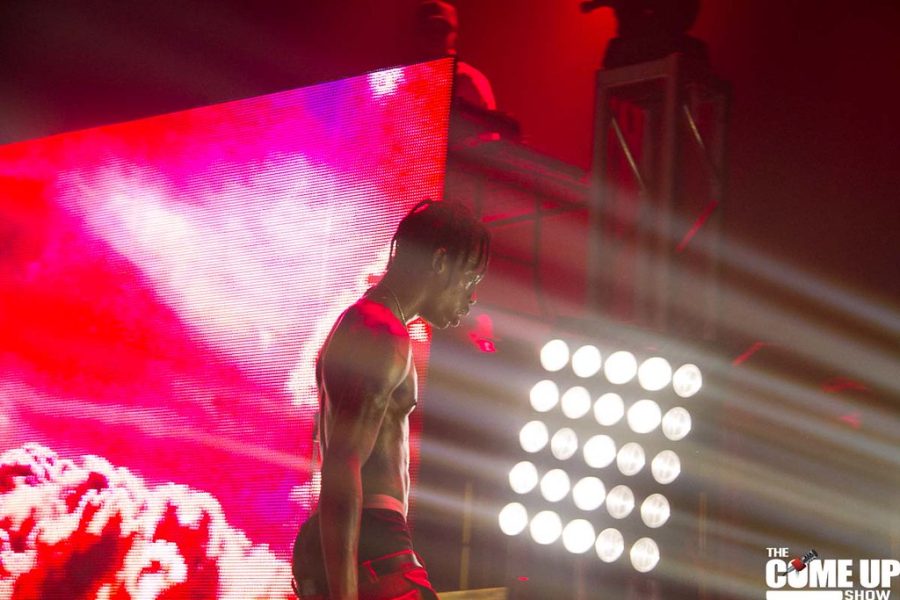 Travis Scott’s encouragement of recklessness and dangerous acts in his crowds result in hundreds of injuries, starting from his Rodeo Tour in 2015.

What could have been one of the most influential and iconic festivals in the music industry became ranked alongside the most deadly concerts in U.S. history.

The tragic debut of Travis Scott’s Astroworld music festival in Houston, Texas took the lives of ten people in a violent crowd surge. Questions are raised about why action was not taken to prevent the cause of events, but most importantly concerns about concert safety for all participants.

Scott’s fan base, dubbed “ragers”, is composed mainly of teenagers and young adults, including many WCHS students in its demographics.

“I first became a fan of Travis Scott from his song ‘Goosebumps’,” WCHS senior Rohin Garg said. “Since then, Travis Scott has been one of my favorite artists.”

With all of the other performances functioning according to plan, confusion surrounds around as to why Travis Scott’s set was the only one to have such catastrophic events occur. Many details explain why this event made its way onto the global list of the deadliest concerts in history, the death toll climbing to ten as of recently.

“After hearing about the deaths and injuries from the festival, I was confused,” Garg said. “How could eight people die from a festival and why wasn’t security involved earlier?”

According to the New York Times, Scott had already pleaded guilty in 2015 for encouraging fans to climb over barricades and onto the stage. Another instance occurred in 2017 when he was sued for pushing an audience member from a three-story balcony and dragging them on stage, resulting in paralysis.

“I think that crowds can be largely influenced by artists to do dangerous things, even when safety should be the number one thing that is prioritized by all participants,” WCHS senior Kaveh Farahifar said.

Authorities claim that an instant crowd surge resulted in hundreds of people getting injured. Ranging from ages 9-27, victims were college students, children, and high school students. Causes of death most likely were from being trampled in the crowd, or suffocation.

“I did not expect a catastrophe to happen, and certainly not people dying,” Garg said. “There had been previous festivals which had gotten out of hand but this was extreme.”

Now more than ever, artists are recognizing the need to prioritize crowd safety and security above performances. According to Madison Square Garden Entertainment, singer Harry Styles limits the number of pit tickets to 450 people on his “Love On Tour”.

CNN recommends wearing sneakers or footwear that will eliminate chances of slipping. They also recommend visualizing an escape plan and locating all exits in cases that you sense a surge will happen. A body performance and injury expert, Rami Hashish, suggests avoiding mosh pits because there is a large possibility of losing control of your body and drifting in the crowd. Since most injuries or deaths result in trauma to the brain, staying on your feet and protecting your head is of utmost importance. To allow space for your lungs to expand, raise and press your arms to your chest.

“I would change the rules of the festival to enforce a minimum age to enter, add a capacity limit so it isn’t too overcrowded, and have more security available. Hopefully, these preventative measures can be implemented in future festivals so similar incidents will not happen,” Garg said. “I do believe there were steps [Travis Scott] could have taken to stop the festival early or put preventative measures beforehand. However, he definitely is not the only person to blame, as there were many mistakes and people who contributed to the incident.”