Mixing of Thanksgiving cultures is the perfect recipe 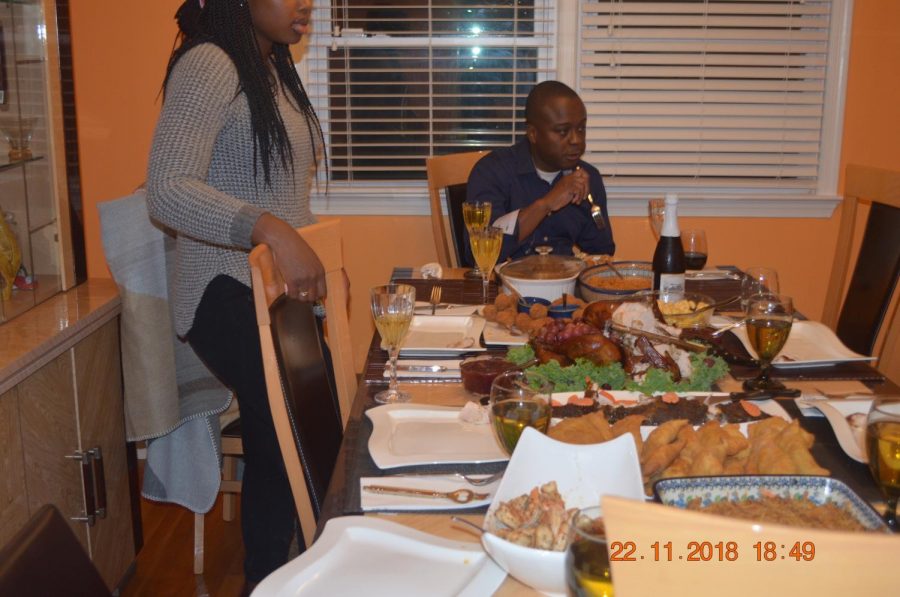 Ever since the very first one, the ‘traditional’ American Thanksgiving has been evolving and changing to welcome new cultures and backgrounds. With its immigrant-rich population, Montgomery County is known for being full of diversity and different cultures, and WCHS with first-generation Americans.

According to a 2012 U.S. Census, 32.7 percent of Montgomery County’s population was born outside of the U.S. With all of these beautifully different backgrounds comes a variety of Thanksgivings with their own cultural twists.

Although junior David Yu was born in the U.S., both of his parents are immigrants.

“My mom was born in a rural part of Korea. She lived on a farm in the mountains and every day it would take her three hours to get to the nearest school. My aunt brought her along to the U.S. when she immigrated here,” Yu said. “My mom went to high school and college in the U.S. before meeting my dad. My dad was a city kid who was born outside of Seoul and graduated from college in Korea.”

One of the advantages of having parents that were born outside of the U.S. seems to be the interesting food twists that are introduced. Food is recognized as a symbol of culture and tradition, and different foods are often associated with different occasions.

“On Thanksgiving, we eat this odd combination of American and Korean food. We usually have a big turkey that we cook ourselves, with the classics: mashed potatoes, cranberry jelly, stuffing, and gravy,” Yu said. “But at the same time, we also have traditional Korean food: Bulgogi, Jeon, Samgyeopsal, Miyeok-guk and Galbi.”

Junior Crayana Smith shares a similar experience. Her family’s background is combined with her American culture to produce something wonderful. Her parents moved to the U.S from Sierra Leone, Africa, in search of a college education. Coming from Sierra Leone, they incorporated some of their traditions into the classical Thanksgiving dinner.

“For as long as I can remember, my family has been eating seafood for our Thanksgiving meal. We usually eat fish, lobster, and shrimp, which are pretty commonly eaten in Sierra Leone,” Smith said. “We eat much earlier than we eat on a normal day, so we can spend as much time eating together around the dinner table as possible.”

Yu’s family has created their own cultural identity, including a blend of both Korean and American. Yu says that he is proud of where his family originates from and enjoys creating a blend with his American customs.

“My mom and dad only started celebrating American holidays after my sister and I were born. We were both adamant in that we wanted to be like a ‘normal’ family and celebrate things like Thanksgiving and Christmas,” Yu said. “Although we assimilated to a certain point, we did not give up our culture completely and I am grateful for that.”

Similarly, Smith is forming a union between her parents’ history and her own. Every year after Thanksgiving, Smith and her cousins go Black Friday shopping. It is their way of combining their Sierra Leone culture with their American culture.

“My parents didn’t start celebrating Thanksgiving until my older brother was born. They understood the significance of Thanksgiving and wanted us to be a part of it. The holiday is important to my family, but it is much more important to my cousins and me,” Smith said. “Family has always been a huge part of my life. Our culture brings us together in a way that other people just wouldn’t understand.”