Prescriptions of oxycodone are becoming a norm 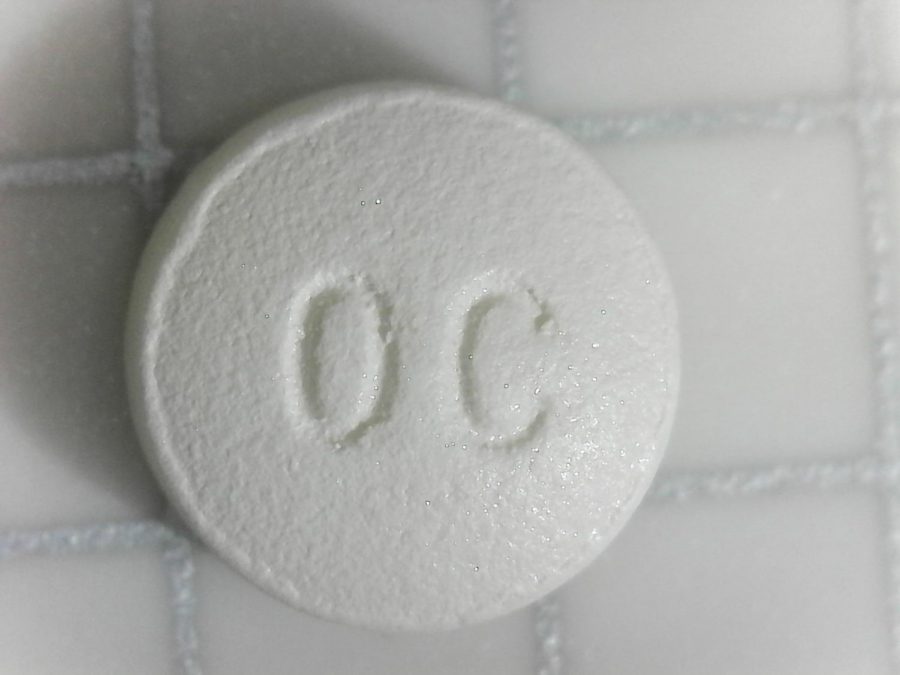 Oxycontin is a drug produced by Purdue Pharma. It is slow releasing as compared to oxycodone, which releases into the user's bloodstream immediately. It is intended to be less addictive, but as seen by the opioid crisis of the last few decades, its slow release does not prevent patients from becoming addicted.

In 1971, President Richard Nixon declared war on one of America’s greatest enemies: drugs. It claims thousands of lives each year, even more than guns or car crashes. Opioid use has skyrocketed in the past few decades and so have the policies and movements enacted to put a stop to this deadly addiction.

But these drugs aren’t just coming from illegal dealers in the back alley, they are coming from the doctors who are supposed to be helping us.

Oxycodone is particularly easy to get prescribed, then addicted to. OxyContin, a slow releasing formula of oxycodone that was supposed to be less addictive, is produced and distributed by Purdue Pharma who recently filed for bankruptcy as part of the settlement from several lawsuits against their addictive drug. But the spread of opioids has already rooted itself into America’s healthcare.

“I went to the back specialist and she took one look at my MRI, and she offered me a 90 day supply of oxycodone,” Foundations of Computer Science teacher Michael Baker said. “I turned her down. I figured after 90 days I would be an addict.”

Baker suffered a ruptured disc injury over the summer, consequently visiting his primary care physician, an orthopaedic doctor and a back and spine specialist. All three of these doctors prescribed oxycodone within the first appointment and without hesitation.

According to the Substance Abuse and Mental Health Services Administration (SAMHSA), a study conducted in 2018 found that 37.6% of people who misused pain relievers received their medication from a health care provider.

According to a Feb. 2009 study conducted by the US National Library of Medicine and National Institute of Health, Purdue’s marketing plan targeted physicians who were the highest prescribers of opioids in the country. Sales representatives were offered bonuses for the amount of Oxycontin they sold, leading to increasingly aggressive campaigns that appealed to primary care physicians who often did not have the training nor the time to properly assess if opioids were necessary for a patient.

Teenagers are particularly vulnerable to opioid use. According to a 2014 FDA study, after the first misuse of prescription drugs in ages 13 to 16, the estimated prevalence of a lifetime prescription drug abuse is 35%. This is because drugs activate a reward pathway in adolescent brains.

WCHS has a high athlete population who often suffer injuries such as broken bones, concussions or ligament/muscle tears. It is easy to become addicted after using it originally for pain, which is why families must stay vigilant in making sure an initial prescription does not lead to misuse.

“Oxycontin is used to treat chronic pain,” Dr. Sunah Oh, who specializes in internal medicine and has been in practice for more than 20 years in New York and North Carolina said.  “It is prescribed for patients who have chronic pain that is not responding to other forms of pain killer. After a while of being on the medicine, some people may get psychologically or physically dependent on it. If prescribed for the right person for the right reason, the chance of addiction is low.”

The real issue with Oxycodone and Oxycontin, doesn’t lay in the composition of the drugs themselves, it lies within the ability of doctors to properly prescribe opioids when necessary. When used properly, these opioids provide much better pain relief than other drugs to those with cancer or chronic pain, which is severe and lasts for several months.

Beaumont Health recommends that doctors prescribe non-opioids such as acetaminophen, gabapentinoids or nonsteroidal anti-inflammatories for people who don’t need or want opioids for their pain.

“There should be an intermediate step and oxycodone should be a last resort instead of the first resort.” Baker said. “I would hope that there would be alternatives before opioids are prescribed. In the interest of what’s best for the patient, I hope that’s what happens.”