A blast from the past: the revival of 90s trends 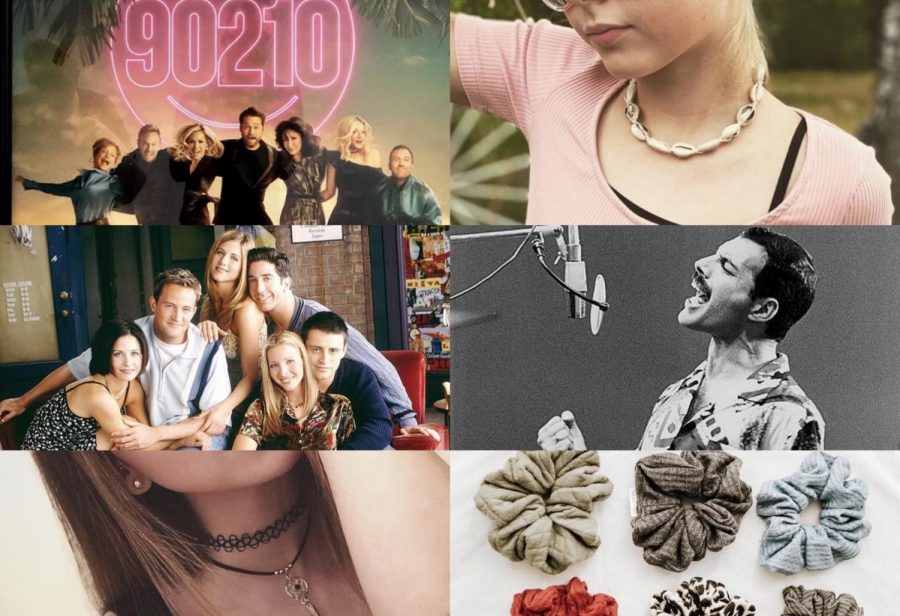 Fashion, music and TV shows often work in cycles. What was completely outdated and “uncool” last year may be all the rage the next, and what is currently popular can go out of style in an instant.  In 2019, the phrase “a blast from the past” could not be anymore true with many of the most popular fashion, TV shows and music being inspired from past generations.

While television subscription programs, like Netflix, and trendy clothing stores, like Forever 21, try to come up with their own new and innovative ideas, many of today’s fashion, TV shows and music are based off of the 80s and 90s. These decades were monumental and  best known for extreme fashion, music and TV shows that are now considered classics.

While some trends have been left in the past, there are many different aspects of the 80s and 90s that we have carried with us throughout the generations or have even made a return after going out of style. Here is a list of the top five fads from the 80s and 90s that have made a comeback in 2019.

Scrunchies: From Cringey to Cute

Girls just wanna have fun! The 1980s was a time period of bold style, neon colors, big hair and of course, scrunchies. These fabric covered elastic hair ties were common accessories that added an extra flair to any outfit. Celebrities, such as Madonna, could be seen rocking a scrunchie, which inspired girls of all ages to get their own in order achieve the vibrant look. Surprisingly, after the 1980s, scrunchies completely went out of style and were even considered to be “cringy” if anyone was caught wearing them. This all changed within the last couple years, as almost every teenage girl owns at least one scrunchy. They are even made in different patterns and fabrics, such as velvet and silk.

“Scrunchies are great for when you need to get your hair out of your face instantly,” junior Danielle Probert said. “Nowadays people might wear them on their wrists as an addition to their outfit.”

The song “I’ll be There for You” says it all when talking about the classic TV show “Friends”. The sitcom’s uplifting and relatable nature caused it to become a huge hit in the 1990’s and by no surprise, a hit in today’s age. “Friends” focuses on the relationships of the cast as they go through both triumphs and heartbreak. Today, all 10 seasons of “Friends” can be found on Netflix, which is where many teenagers are able to access the show.

“Friends is timeless in the sense that it deals with the relationships that you make after you leave home,” AP Lang teacher Kelly Knarr said. “I think that is a life experience that almost everybody goes through and that this generation has an appreciation for because they are now old enough to understand it.”

Even students today love how the episodes can be watched out of order, as each episode has its own story.

“I love how each episode is so entertaining and that you can pick up wherever you want in the series,” junior Isabella Caraballo said.

Queen: Back in the Spotlight

Queen is a British rock band whose mixture of heavy metal, glam rock and camp theatrics led to it becoming one of the most well known rock and roll bands to date.

According to an Aug. 2019 Britannica article, “Although generally dismissed by critics, Queen crafted an elaborate blend of layered guitar work by virtuoso Brian May and overdubbed vocal harmonies enlivened by the flamboyant performance of front man and principal songwriter Freddie Mercury.”

Queen is a classic band, as many of their original fans are still listening to their music regularly. In addition to these long time supporters, there is now a whole new generation of Queen fans. Many teenagers have recently found a new appreciation to Queen’s music after seeing the movie “Bohemian Rhapsody,” which was about Freddie Mercury’s life as he rose to fame. Also, Queen’s addition of rock and roll artist Adam Lambert, brought a more youthful spin on the classic band.

“I have always loved rock and Queen, so the movie gave me an understanding of where the music came from,” junior Emily Abramson said. “This made me love and appreciate their music even more.”

Grunge and minimalism were some of the main trends of the 90’s with inspiration from hip-hop and “school girl” fashion. Chokers, collar like necklaces that sit tightly around your neck, were a big contributor to the rebellious style of the 90s . These edgy accessories were sometimes made to look like tattoos around your neck and some even had charms attached. The past few years the choker trend has definitely made a return, giving outfits a stylish 90’s touch.

“Chokers became very popular after Claire Danes started wearing them in the TV show, ‘My So Called Life’,” Honors Physics teacher Catherine Trouteaud said. “I am not surprised that they have came back in style.”

Beverly Hills 90210: The Rebirth of the High School Drama

Beverly Hills 90210 features the elaborate lives of a group of teenagers as they navigate their way through high school. However, the lives of these teenagers were nothing of an ordinary high schooler.  The high school drama created by Darrent Star, who happened to have attended WCHS, was filled with love, friendships, and drama that hooked in their viewers every episode. The show’s success has brought on not one but two spinoffs of the show.

The first spinoff, “90210,” features a new cast of teens along with some old cast members who played parents or teachers on the show. This series was a continuation of the original, not a remake. Additionally, the newest reboot of the series premiered on Aug. 7 and includes many of the original cast members such as, Jason Priestley, Shannen Doherty, Jennie Garth, Ian Ziering, Gabrielle Carteris, Brian Austin Green and Tori Spelling. The show picks up 19 years from where it left off where the cast member actually play themselves versus their previous characters.

“In the newest 90210 remake their (the cast’s) relationships are about the same as they were on the old show and they were making fun of themselves which is one of the reasons why I liked it,” Honors English 10 teacher Alison Deli said.

The list of fashion, TV shows and music that has made a return from the past does not stop here. Almost everything around us is inspired from another decade in one way or another. Next time you find yourself making fun of your mom’s outdated style or your dad’s retro music taste, remind yourself to never say never!