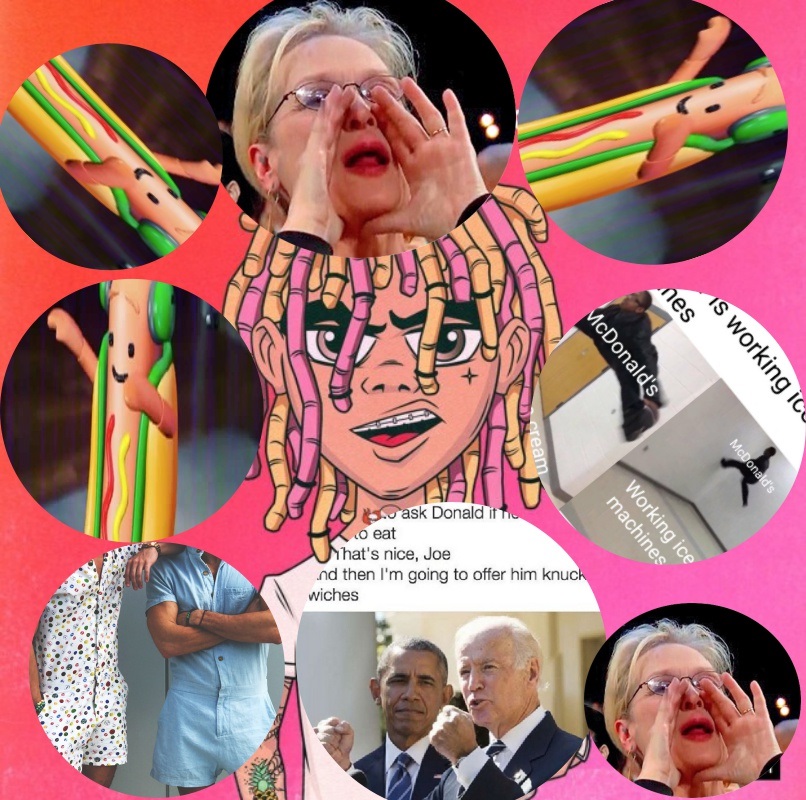 If you have yet to be bombarded with dancing Snapchat hot dogs, “cracking open a cold one” references or images of the RompHim, you are close to missing out on the obnoxious, yet somehow humorous meme and pop culture of 2017. But no worries, The Observer’s got your back.

Memes are methods of communicating elements of pop culture in an imitative manner. This year, some of the most infamous and pound-your-head-into-a-wall-repeatedly worthy memes have stepped foot in the spotlight of the internet.

“Internet memes are no longer a facet of internet culture, but rather a substantial medium to communicate thoughts, opinions, and clever jokes to pass around,” senior Charles Hughes said.

This year has included the peak of the political meme, thanks to President Donald Trump. President Trump’s seemingly Twitter addiction has provided a firm platform for the rise of the political meme. He has made it very easy for professional “meme-ers” to transform his tweets into light-hearted social media material.

Perhaps this Trump-curated meme culture reached its all-time high when the President infamously created a new word: covfefe. The internet broke into all sorts of chaos on May 30 when Trump tweeted out a message saying, “Despite the negative press covfefe.” It was perhaps a dream come true for professional “meme-ers”, as memes were being spread like a raging wildfire across the internet.

“They are very unpresidential,” AP government teacher Paul Jacobson said. “CHS students think they are funny. However, they play into our bully culture in America.”

Lil Pump, a 17-year-old rapper from Miami,, has been the face of the SoundCloud rap revolution. Well recognized for his songs “Gucci Gang,” “Boss” and “D-Rose,” Lil Pump’s thundering bass lines and sprinkler style hi-hats have skyrocketed him to fame and stardome, dragging memes along with him.

“It’s fun to listen to rappers who just exploded onto the scene,” sophomore Manu Sundar said. “Listening to top artists like Kendrick Lamar is great, but sometimes it’s nice to listen to something so unique like Pump’s music.”

The influence of Lil Pump ranges beyond just his music. Possibly his greatest influence on American pop culture has been through his infamous catch phrase, “esketit:” a phrase so flagrant it quite possibly could have literally no meaning behind it. No one really knows what it means, yet it can be heard being yelled all throughout the hallways of CHS and high schools all around the country. Lil Pump has made himself a walking meme by creating a very unique and shareable image of himself this year, earning him a place among the elite memes of 2017.

“Lil Pump is definitely one of the premier artists of our generation,” Sundar said.

Another one of the top memes of 2017 is a more light-hearted one involving the contrast in character of Joe Biden and Barack Obama, which pays a tribute to the departing White House dynamic duo. The “Boneless Pizza” video along with the “The floor is…” meme also earn a place on the list of memes to keep for 2018, as they reflect the good side of the internet meme culture that need to be set as an example for future memes.

Memes from 2017 have offered a wide variety of comedic social media trends. Whatever your opinion on these memes is, one thing is sure: 2017 has been a memorable year for the internet and pop culture.

“The power of memes is ever-expanding,” Hughes said. “It is not proper to throw oneself upon a chair and shriek at their seemingly pervasive nature, but to welcome and sponsor them. The year 2017 is a great one for memes.”