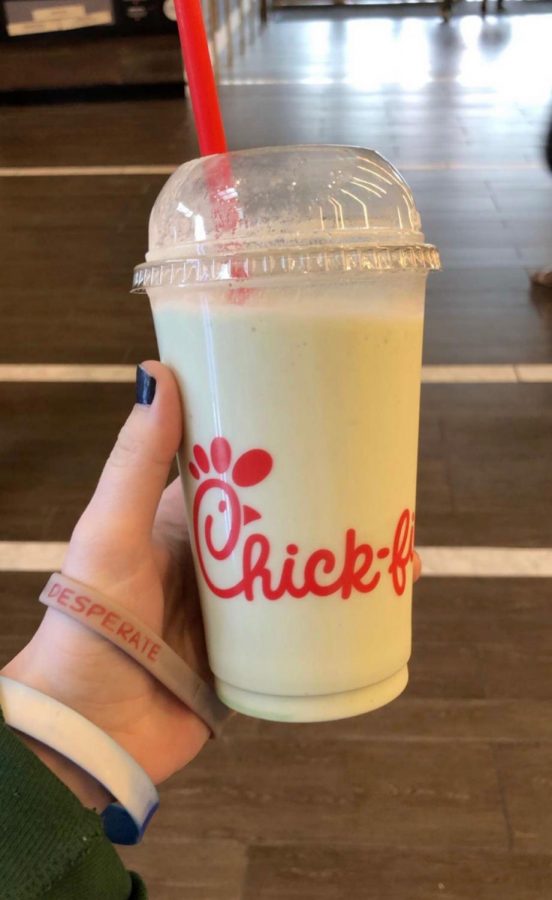 Flowers are blooming. People are sneezing. Iced Coffee is making a comeback. Spring is officially here, and with that comes many little events that people wait for all year. One of which, is the release of new seasonal foods and drinks that chain restaurants create each year.

The coffee chain describes the new baked good as a “Lemon flavored white cake, enrobed with a zesty yellow chocolatey coating and topped with white & yellow sweet and sour topping.”

The zesty ball of cake on a stick, resembling a classic lollipop, is coated with a lemon frosting and sprinkled with crystals that are both sweet and sour.

The cake is much less sweet than the rest of the Starbucks Cake Pops, such as Birthday Cake, Chocolate Chip Cookie Dough, and Chocolate. The lemon taste is not overpowering, and it is a mellow background flavor of the vanilla cake. The sprinkles add a nice crunch to the softness of the cake. Ask for it blended into a Vanilla Bean Frappuccino for a drink that tastes like a lemon creamsicle.

Creamy and sweet with a touch of sourness, Chick-Fil-A’s new Frosted Key Lime Pie drink is something worth trying.

This new addition to the menu, offered in both a small and large size, is a combination of Chick- Fil-A vanilla IceDream, lemonade, and lime flavoring.  Closely related to the Chick-Fil-A Frosted Lemonade, the drinks taste very similar, but the Key Lime drink has a delicious hint of lime. The drink is sweet and delicious and is a drinkable key lime pie. For less calories, ask for it to be made with diet lemonade rather than their typical lemonade.

Make sure to hop to it before May 26, when it is officially taken off of the menu. Ordering this drink at any chick-fil-a location will almost definitely be to the pleasure of the employees, or at least they will claim it is.

Although a marshmallow is not typically something that would be put into coffee, Dunkin’ Donuts has come out with a new Peeps Coffee.

The yellow chick-shaped marshmallow candy is turned into a coffee syrup and can be added to hot and iced coffee, espresso drinks, frozen coffee and frozen chocolate.

Although one would expect the sweetness to be overwhelming, it is no more sweet than any of the other flavors Dunkin offers, such as vanilla, hazelnut, caramel, etc. It adds a surprisingly creamy essence to the coffee that isn’t found in any other flavor of coffee.

Whether you have plans to branch out from your usual drink order or not this spring, definitely try to  take the risk and go out of your comfort zone.