IT 2: the comeback of Pennywise 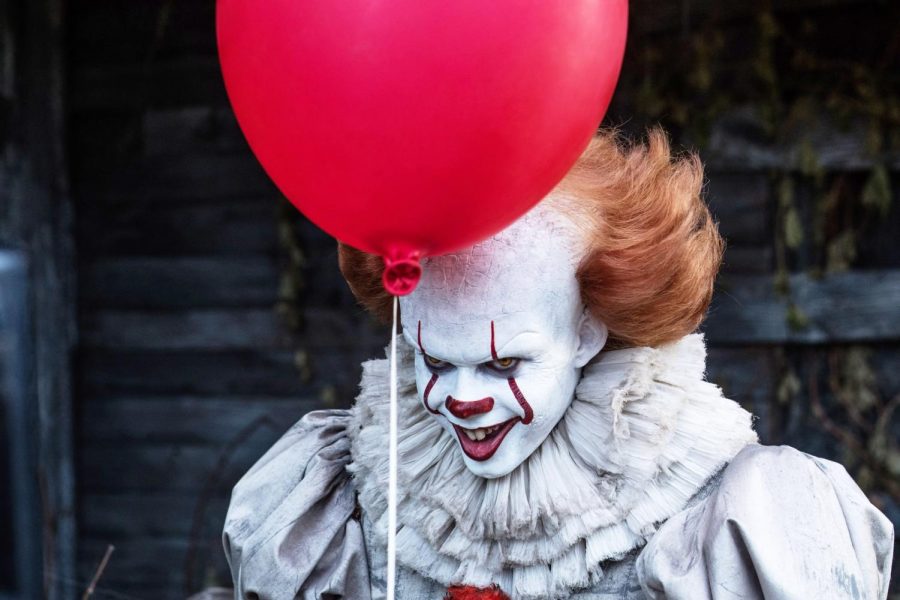 Pennywise the Clown, the main terror of IT 2.

If you are looking for scary with a side of comedic, then IT 2 is the movie for you. Picking up 27 years after the first IT movie, IT 2 combines horror and a bit of dry humor to create yet another Stephen King novel blockbuster.

The movie starts off with a violent bout of homophobia to show viewers the kind of town Derry is 27 years later. Then, viewers are taken around the U.S., getting a quick refresher on the members of the Losers and what they are up to now.

It is evident that although the gang is older, their personalities and their actions have not really changed since their childhoods. Though some lives of the Losers, the original group of kids from the first movie, are humorous (like Eddie’s), some are dark and twisted (like Beverly’s). For example, Beverly lives with an abusive husband, which is very similar to her living situation in her younger days, when she was abused by her father. This is a very interesting direction that King decides to take, as he chooses to show viewers that Beverly’s childhood was so damaging that it has somewhat leaked into her adult life.

The adult actors do an amazing job of picking up where their younger counterparts left off. For example, the older Eddie, played by James Ransone, does a great job of encapsulating the younger Eddie’s unconfident, fearful self. Even during brief flashbacks to the Losers’ younger days, the transitions in acting are smooth and natural.

Later in the movie, when IT is reintroduced, King does a good job of explaining IT’s backstory. Viewers find out that IT has been in Derry since IT crash landed from outer space. It is an interesting twist, and King does well  introducing this part of the movie.

Overall, the plot is very interesting with numerous clever and heart-wrenching twists and turns. It is not your typical horror movie, as there is quite a bit of humor, and also a few interesting social takes.

On a more technical note, the movie’s computer-generated imagery is very well done. Throughout the movie, the visual effects are spectacularly edited in. It seems almost realistic, especially during the cavern scenes. .

In addition, the movie’s soundtrack is very good. It creates suspense whenever needed, and also brings a light-hearted tone to some parts of the movie. As any good horror movie soundtrack should, many of the songs do a great job of striking an extra sense of fear into the viewers’ hearts.

IT 2 may not live up to an avid horror movie fan’s expectations. And if you are looking for a scare-only horror movie, IT 2 is not for you. But with great acting and a solid plot line, IT 2 is definitely a must-see this movie season.