Top 10 movies to watch before graduation 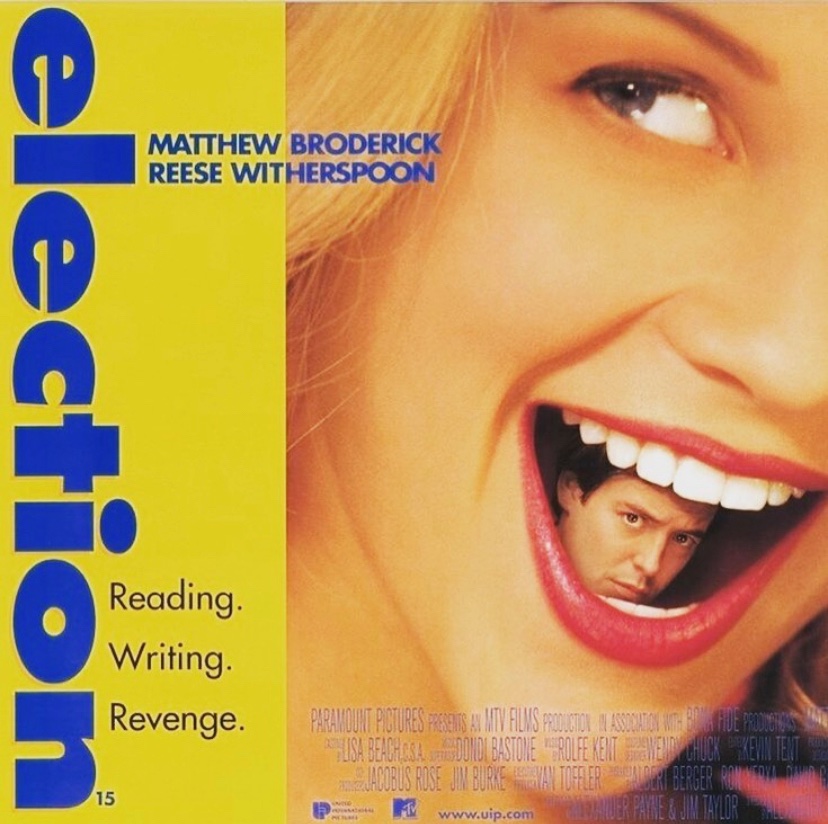 Election features Reese Witherspoon as Tracy Flick as an overachiever willing to do whatever it takes, with only one person willing to stand in her way being her history teacher played by Matthew Broderick. This is an iconic high school movie that all seniors should watch before graduation.

WCHS seniors’ graduation is next week, marking a departure from the community that they have been a part of for the past four years to embark on a new adventure — college. The high school experience has been well documented in many coming-of-age movies, a large number being written by middle aged adults who haven’t set foot in a high school for years. But some of them, no matter how dramatic or far-fetched, perfectly encapsulate what it means to be a high school student in America.

With the pandemic taking away many popular senior traditions, these movies can help students live vicariously through the characters — from adventures with friends to the highly anticipated prom night. These picks explore different facets of high school and should be watched by all seniors before they walk across the stage (or field this year) and graduate.

“On Wednesdays we wear pink.” This iconic line from Karen Smith (Amanda Seyfried), a member of the Plastics, is forever branded into fans minds. Cady Heron (Lindsay Lohan) moves to a new school in the U.S., and gets swept into the most popular clique in high school. There, she has to deal with the drama of catty girls, changing who she is to fit in and getting her crush to notice her. Although “Mean Girls” is satire, it delves deep into the relationships between teenage girls, and the regard for social status in high school. Viewers will also enjoy a darker version of this movie with “Heathers,” a cult classic from the 80s that also focused on cliques.

Perhaps one of the most relatable movies on this list, “Lady Bird” follows Lady Bird McPherson (Saorise Ronan) a 17-year-old girl that dreams of leaving her poor upbringing behind and living an exciting life in the city. Her tumultuous journey through senior year covers participating in a school play, crushing on boys such as Kyle (Timothee Chalamet) and having frequent fights with her mom. Lady Bird is selfish, self involved and imperfect, but her imperfections are what make her the perfect candidate to showcase what being a teenager is, with viewers being able to easily see themselves in her as she undergoes her multiple misadventures.

This movie turned the traditional high school rom-com on its head, focusing on the friendship between introverted teen Ellie Chu (Leah Lewis) and jock Paul Munsky (Daniel Diemer), and their shared crush of popular girl Aster Flores (Alexxis Lemire). Ellie tutors Paul both in studies and love, and together they form an unlikely bond. Students can relate to holding unattainable crushes, and doing anything they can to get that special person to notice them.

Although high school football games have been cancelled for the past year, many students will remember the feeling of gathering together on the bleachers to root for their school. The feeling of community is demonstrated in this movie, focusing on the true story of African American coach Herman Boone (Denzel Washington), who was placed in charge of a newly integrated high school football team in Virginia. “Remember the Titans” deals with the racism that came after integration, and the struggles that came with being a Black person in a position of power. This family favorite is fun to watch and learn from, and is sure to have you shouting “We are the Titans.”

Almost everyone in high school has dealt with a Tracy Flick in their lives, an overachiever that is always a part (and the best) at everything. It’s a struggle on whether to root for them, and hope their driven path leads them to success, or try and stop them before they step on someone else to reach their goals. History teacher Jim Mcallister (Matthew Broderick) faces this dilemma as he manages the SGA elections, and watches Tracy Flick (Reese Witherspoon) run unopposed for school president. His decision to intervene sends three lives spiralling into a different direction with disastrous consequences. Despite being about a seemingly small topic, all of the characters are deeply complex, with the viewer struggling with who to root for, and whose traits can be applied to real life politicians currently.

Available for streaming on Amazon Prime.

For a more musical high school experience, “Grease” is the way to go. Sandy (Olivia Newton-John) and Danny (John Travolta) have a summer fling, but when she sees him in high school he appears to be a completely different person then the boy she met at the beach. Danny struggles to maintain his Greaser persona while also following his heart with Sandy, all while performing hit songs like “Greased Lightning” with his friends. Full of iconic songs and outfits, this classic is one that everyone can enjoy.

“Easy A” is a modern day version of the “Scarlet Letter” that explores the power of rumors to both help and hurt someone’s reputation. When Olive (Emma Stone) tells her friend a white lie about losing her virginity, she didn’t expect the entire school to find out and the consequences that would follow. Watching her reputation grow in school, Olive decides to fully step into the role, much to the chagrin of the leader of the school’s Christain youth group Marianne (Amanda Bynes) who attempts to “save” her. Focusing on the power of the rumor mill, and how society treats women who are not considered “pure,” “Easy A” is a must watch for all high school students.

For fans of a good bromance movie, then “Bill and Ted’s Excellent Adventure” is the perfect option. This movie follows best friends Ted Logan (Keanu Reeves) and Bill S. Preston (Alex Winter) on their journey through time to meet historical figures so they do not fail their history report. Chaos ensues when leaders ranging from Genghis Khan to Napoleon enter the modern world, and Bill and Ted must come together to save their assignment. This movie serves as a blueprint for other high school adventure movies such as “Superbad,” and is sure to make viewers laugh.

Available for streaming on HBO.

Dating your best friend’s brother is a popular trope in many YA projects, but one that never focuses on the impact on the best friend. Nadine (Hailee Steinfeld), an awkward junior, struggles with her best friend Krista (Haley Lu Richardson) dating her older brother Darian (Blake Jenner), someone she feels constantly overshadowed by in school and her family. Feeling isolated from her closest (and only) friend, Nadine tries to strike her own path, with the help of her favorite teacher Mr. Bruner (Woody Harrelson). Perfectly capturing the awkwardness of being a teenager, “The Edge of Seventeen” will make seniors glad they are leaving high school far behind.

Available for streaming on TBS.

Do you ever have a reoccurring fear that you are not going to get into any of the colleges that you apply for? This nightmare became a reality for senior Bartelby Gaines (Justin Long), who got rejected from every single college he applied to. With the help of his college bound friend Sherman Schraeder (Jonah Hill), Gaines created a fake university out of an abandoned building near his house to trick his parents. Suddenly, students come flooding into the “school,” excited to have finally been accepted into a place of higher education. This movie sheds a humorous light on the lives of college rejects, and poses the question of whether established colleges actually bring students to their full potential.

As seniors move on to the next chapter of their lives, these 10 movies are sure to capture the high school experience.