Books to look forward to this summer 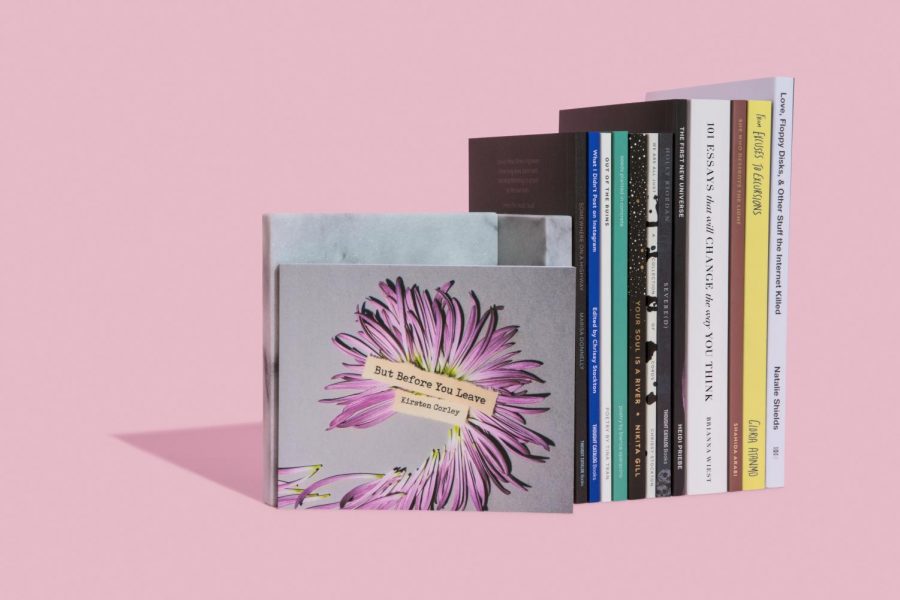 During the summer, the best trips can often be taken through a good book. With these five titles set to be published from June to August of this upcoming summer, there will be no shortage of books of all genres, authors, and perspectives to be a window into all kinds of different worlds.

Dr. Seuss once said, “The more that you read, the more things you will know. The more that you learn, the more places you’ll go.” Especially during this past year, when everyone has been stuck at home, the escape from the monotony of the days that blended together could often be found in the pages of books. As everything slowly begins to return to normal, don’t throw away those windows. Instead, enjoy these new books coming out this summer and realize once again just how true Dr. Seuss’ advice was.

To put it simply, this book by Ashely C. Ford is a powerful coming-of-age story of a childhood marked by family struggles, racism and sexual assault. Named one of Forbes Magazine’s “30 under 30 in Media” in 2017, Ford is an influential African-American woman who works to spotlight race, sexuality and body image. This glimpse into what made her into who she is today is a gripping reminder of the continued realities of the world of a poor Black girl struggling with her past, present and future.

From an incarcerated father who represents her only hope of being understood to an ill-fated relationship that represents her wish of being unconditionally loved, Ford tells her story in all of its beauty and scars.

Set in 1345, when China was under the merciless Mongol rule, author Shelley Parker-Chan reimagines the story of Zhu Yuanzhang, the peasant rebel who became the founding emperor of the Ming Dynasty.

In a family of two children, the son who had been given a fate of greatness dies while the daughter who received a fate of nothingness lives. She decides that in order to survive, she must do what no one thought was possible: escape her prophecy. Following the journey of Zhu as she tries to prove to Heaven that she deserves the fate of greatness, a thrilling historical fantasy emerges.

In other words, this is the perfect historical escape with a beautifully modernized feminist twist that will most certainly keep readers captivated until the very last word.

If this summer is calling for a feel-good story that keeps you laughing and leaves you with a smile for the rest of your day, this novel by Steven Rowley is the perfect read.

This story follows GUP (also known as Gay Uncle Patrick), a once-famous gay sitcom star who is suddenly entrusted with caring for his niece and nephew and struggles to realign his “Guncle Rules” to the realites of parenting. Burdened, or perhaps blessed, with a new sense of responsibility and understanding of what family truly is, this combination of humor and heart in chronicling Patrick’s journey is a must-read tribute to love, patience and everything in between.

This heart-wrenching novel by Emily Spurr chronicles 55 days in the life of Rae, whose life is upended when she wakes up one morning to find that her mother has disappeared. She tries to carry on as usual, hoping that nobody will notice how her already fragile world is slowly crumbling, but her suppressed feelings are slowly bubbling up to the surface, threatening to implode.

In exploring the perspective of a child who grew up in instability and is slowly learning what true, meaningful relationships are, Spurr coaxes out a myriad of emotions from the characters who seem all-too-real at a time when this issue is all-too-relevant. When many of us were given the chance to look inward and examine the relationships in our lives, what did we find? Rae’s story is a sincere reminder of the relationships we make and how they affect us in return.

Perhaps for you, the perfect summer read is one that keeps you huddled under the covers at night, wondering if that rustle is the sound of the fictional killer from the book coming to life. If so, this horror mystery by Alex Michaelides, a mix of Greek mythology, murder and unmanageable suspense, may be just what you are looking for.

When members of a secret society of female students, The Maidens, who adore the charismatic Greek Tragedy professor at Cambridge University, are murdered, Mariana Andros is absolutely convinced that the professor is behind everything. But why? How? What? This thrilling page-turner is one that will keep readers captivated until the end because whether or not the ending is the one that you predicted, the apprehension will keep this book stuck in your hand.

Although these are only a few of the many riveting books coming out this summer, these five titles are the perfect additions to any reader’s list. The genres, messages, characters and feelings that these books encompass are the perfect companions for this upcoming summer, taking readers to new places with every turn of a page. Pick just one, or two, or maybe all five and give these fascinating reads a try.