Camila Cabello invites fans to the world of “romance” 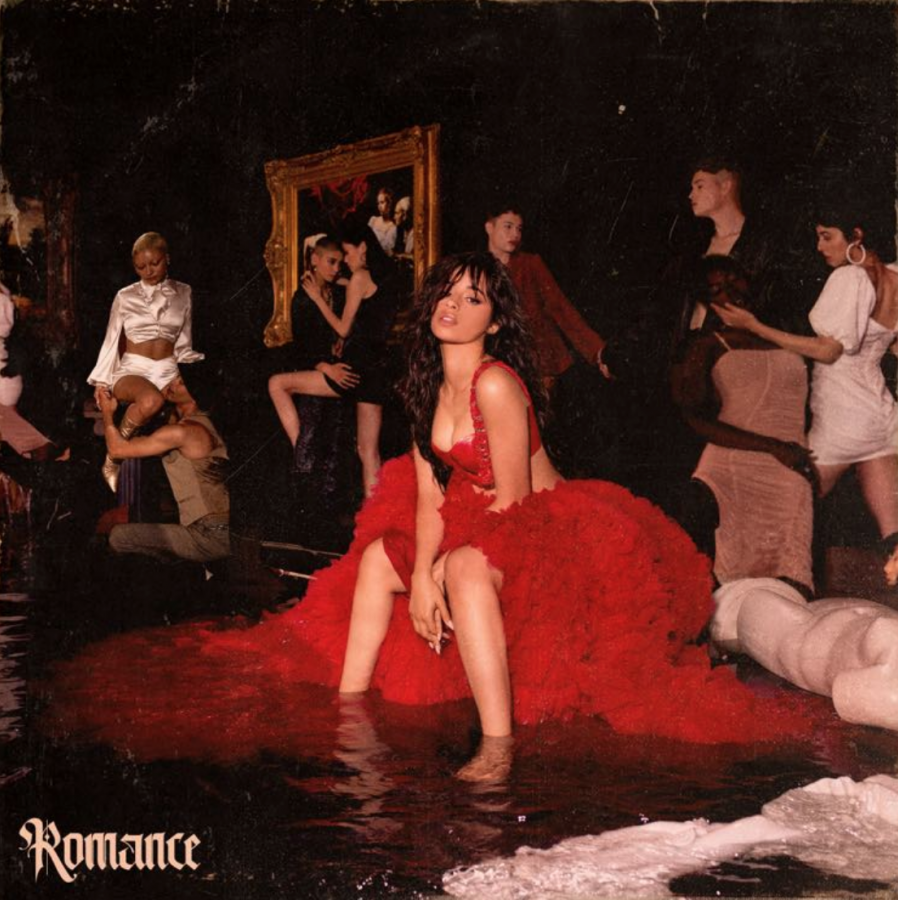 When the clock struck twelve on Dec. 5, all the world was asleep— that is, except Camila Cabello fans. The pop singer treated her fans with an early Christmas present that night: her highly-anticipated sophomore album, “Romance.” With every heartfelt lyric and colorful visual, Cabello introduced fans to the world of love that she lives in.

“I knew that I wanted to call this album ‘Romance’ before I was even in the studio writing it,” Cabello said in a Dec. 5 interview with Radio.com. “I remember writing like a manifesto for what I wanted the album to make people feel and how I wanted it to make me feel.”

The album is a collection of 14 songs, representing the fourteen phases of love. She talks about her break-up with British author Matthew Hussey and her current relationship with pop icon Shawn Mendes. Prior to the album’s release, Cabello teased fans with singles like “Shameless,” “Cry for Me,” “Liar,” “Living Proof,” and, of course, her duet with Mendes, “Señorita.” The whole album paints a fairytale-like story about falling out and then back into love.

As is often the case with love, things aren’t always easy. In “Bad Kind of Butterflies,” Cabello sings about being in love with someone else while she’s in the middle of a relationship. The song uses several minor chords, creating tension. The production also creates an echoey, uncertain atmosphere, reflecting the tension she’s experiencing in her relationship.

In the song, Cabello sings “I got bad, bad, bad kind of butterflies. Like when you got something to hide.” Fans have speculated that this song refers to Matthew Hussey, who she broke up with after more than a year. At the time, she was hiding from herself how much she loved Shawn Mendes.

“Feel It Twice” also seems to be about Mendes. The track starts with a melancholy acoustic guitar riff before launching into a loud chorus, layered with several harmonies. She sings, “Hurts me to tell you I don’t feel the same.” She tells Mendes, who had the chance to ask her out two years ago, that it’s too late since she’s in a relationship. There seems to be two main emotions in the song: sympathy and anger. The anger seems to fizzle out in the rest of the album, as she falls deeper in love with Mendes.

“Dream of You” is all about being deeply in love. The words are vulnerable and sound like they were written directly from her heart. The song highlights Cabello’s angelic vocals, with dreamy studio production and a steady drumbeat. She sings, “All I do, the whole day through, is dream of you.” This lyric is a telling snapshot into one of Cabello’s best songwriting qualities: her dreaming side.

Cabello collaborated with several writers and producers on this album, including Finneas, brother of pop icon Billie Eilish. Finneas co-wrote and produced her song “Used to This.” In fact, in an Instagram story post on Dec. 6, pop singer Taylor Swift announced that this as one of her favorite songs from “Romance.”

“Used to This” opens with “No, I never liked San Francisco, never thought it was nothin’ special ‘til you kissed me there.” Mendes and Cabello were photographed kissing in San Francisco on July 4th, which was near the beginning of their relationship. The song seems to be a love letter to Shawn Mendes, describing their transition from friendship to romance.

Despite the high quality of these previously mentioned songs, Cabello saved the best for last. “First Man” is an emotional piano ballad about her dad, where she tells him that she may have found “the one.” She reminds her father that even though she has found a man she loves, that doesn’t mean she plans on ever forgetting about her dad. She sings, “You were the first man that really loved me.” The song feels like a wedding ballad and a thank-you letter.

Cabello’s summer tour starts next year and will move to cities. WCHS students who are fans of Cabello should mark their calendars for Wednesday, Sept. 16, 2020, since Cabello will be performing at the Capital One Area in Washington. Until then, fans can play and replay the songs on “Romance,” celebrating the process of falling in love.