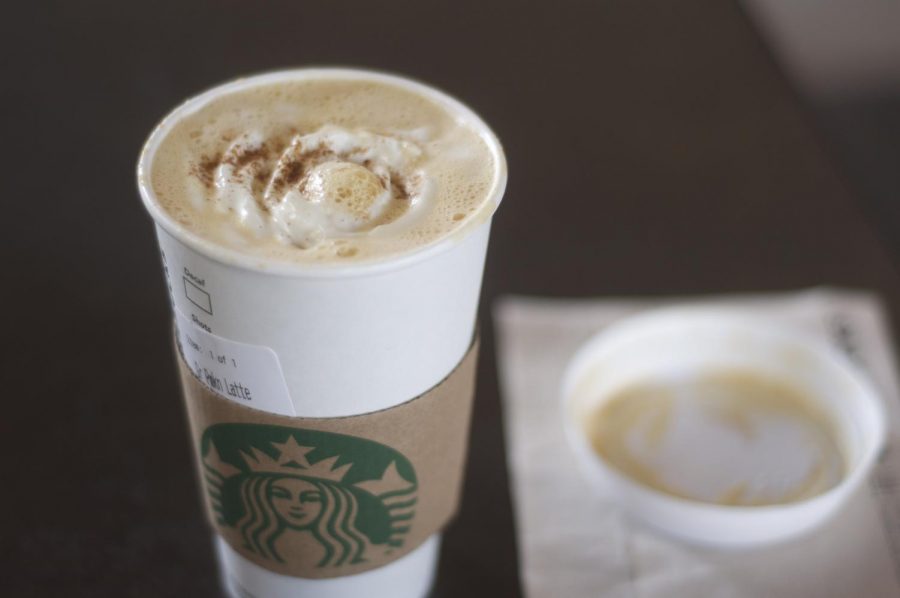 The infamous PSL from Starbucks shown to be seasonal with a dash of cinnamon on top of the drink.

With the wind blowing, leaves falling and the temperature dropping, we are beginning to truly get into the fall. This exciting time of year means two things: flu season and pumpkin spice. Are people getting sick of the same thing every year?

The pumpkin spice trend began in 2003 when Starbucks released the first drink featuring this blend of cinnamon, ginger, clove, and pumpkin of course.. Ever since, it has been at the top of everyone’s receipts. According to an Aug. 2018 Mic article, the pumpkin spice latte has brought in roughly $1.3 billion.  The real question is, what makes it so good?

There are many different types of pumpkin spice drinks you can order from a number of different coffee shops. For instance, at Starbucks, you could go with the classic Pumpkin Spice Latte (PSL) or spice things up a little and try the newest addition to the family, a pumpkin spice cold brew. If you were looking for a quick fix for all your fall needs, Dunkin Donuts has come out with a bottled pumpkin spice coffee drink.

I went out and ordered the Pumpkin Spice Latte from Starbucks in order to stay as true to the original roots as possible. The baristas even give an option to add pumpkin spice flavored whipped cream to the top of the drink.

The initial smell that permeated out of the to-go cup reminded me of a crisp fall day, sitting at a farm, awaiting a hayride, apple and pumpkin picking. That same sensation remained through the first sip of the drink, in which I immediately thought of Thanksgiving.

The mix of spices blends together very nicely and truly does wake you up. I think this drink would be an amazing addition to anyone who needs an extra boost in the mornings. However, personally I do not think I could stick with this drink for years on end as I feel the flavor would become boring and not as good as the first time you have it.

Now, back to the original question, how can one drink stay so popular for so long? The hype that gets put onto this drink has been there for ages, and people cannot seem to let it go. The PSL became the necessity for many people since its debut almost 16 years ago.

Would I say that this drink deserves all of the hype? No. I believe that you could get a different drink that would not only be better for you, but do a better job at making you feel like fall is coming. For example, trying a chai tea latte.

The chai tea latte is a very underrated drink at any coffee shop, and needs to be given more credit. The delicate blend of cinnamon, clove and other fall spices makes this drink especially perfect for fall. It also has better nutritional value as it uses black tea rather than coffee.

For valid reasons, the world-famous pumpkin spice latte is given so much attention. However, it needs to be shared amongst other drinks that contain a taste of fall.