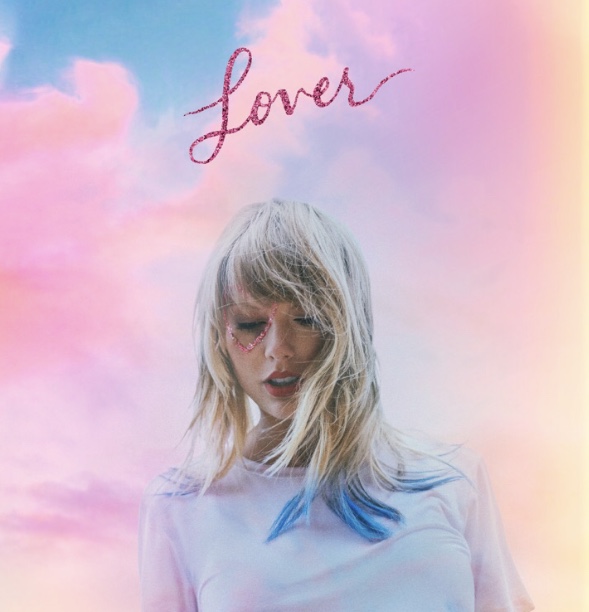 The "old Taylor" treats longtime fans with the drop of a classic Taylor Swift album: "Lover". Fan or not, everyone seems to have found something for them on "Lover".

Two years ago, Taylor Swiftーarguably the most influential musician of our generationーannounced the death of the “old Taylor” in her album “reputation.” Now, the old Taylor is back with “Lover,” a collection of eighteen songs with personal stories about self love, moony romance and politics. More than anything else, “Lover” shows Swift’s maturity and who she is at heart: a lover.

In “reputation,” Swift continued to reference her longstanding feud with fellow musician Kanye West. In “Lover,” she seeks to get rid of any bad vibes. The first song, “I Forgot That You Existed,” uses simple piano instrumentation to draw attention to Swift’s cheerful voice: “It isn’t love. It isn’t hate. It’s just indifference.” The song does address her feud with West, except this time she insists that she is over it and has taken the high road.

“Lover” is Swift’s first album with Republic Records. Her contract with Republic allows her to own the masters of these recordings, which gives her control that she did not have with Big Machine Records over how the music is used and sold. After all this time, her art is finally hers.

Swift was publicly upset this summer when pop talent manager Scooter Braun bought Big Machine Records for $300 million, largely because Braun has been Kanye West’s producer. In a recent interview with CBS News from Aug. 25, Swift threatened to re-record her entire back catalog next fall in order to regain artistic and financial control of her older material.

Before releasing the full album, Swift released two singles, “ME!” and “You Need to Calm Down.” “ME!” is a bubble-gum, synth-pop self love anthem about owning your individuality. As for “You Need to Calm Down,” Swift argues that celebrities are persecuted in a way comparable to queer people. These songs stirred a reaction from the public, but as we listen to the rest of the album, they do not truly represent the autobiographical nature of “Lover.”

Swift’s albums tend to be strongly autobiographical. This drives her popularity with fans, who feel they know her on a very personal level. In “reputation,” she was still angry about West. In “Lover,” she has grown up and she wants everyone to know that she is in love.

In focus is Swift’s relationship with actor Joe Alwyn, who she started dating in 2016.  In the song “Cruel Summer,” she sings about her conflicting emotions from her secret relationship with Alwyn whilst still in the middle of a different relationship with Tom Hiddleston. The song uses reverbing synth and glossy production. Swift proves she has not lost her songwriting charm when she sings, “And I screamed for whatever it’s worth, ‘I love you! Ain’t that the worst thing you ever heard?’”

Swift is not afraid to write about the love that she has for Alwyn, and it shows in her song “Paper Rings.” She sings, “I like shiny things, but I’d marry you with paper rings.” The meaning of the song is that Swift doesn’t need material things, like a ring in a relationship, as all the 29 year old pop star wants is to be with Alwyn. She starts the song talking about the early days of their relationship, and ends the song saying she would marry him. Swift uses a telephone effect on her voice and acoustic instrumentals, reminding listeners of her song “Stay Stay Stay” from her album “Red.”

Swift often writes about her love life, but for the first time, she addresses her mother’s ongoing battle with breast cancer, which relapsed earlier this year. Even though her songs have always felt like diary entries, her stripped-down, country track “Soon You’ll Get Better” has arguably the most vulnerable lyrics that she has written in her entire career. The song has backing vocals by the Dixie Chicks. She sings in a trembling whisper: “Who am I supposed to talk to? What am I supposed to do if there’s no you?” Her choice of lyrics such as “nicer nurses” makes the song even more heartbreaking, leaving her listeners stunned by the unexpected emotional track in this seemingly upbeat album.

“You are what you love,” Swift said, as the last track of the album, “Daylight,” fades out. Swift certainly shows us what she loves in her album “Lover”: those that she holds dear to her heart, and truthfully, love itself.