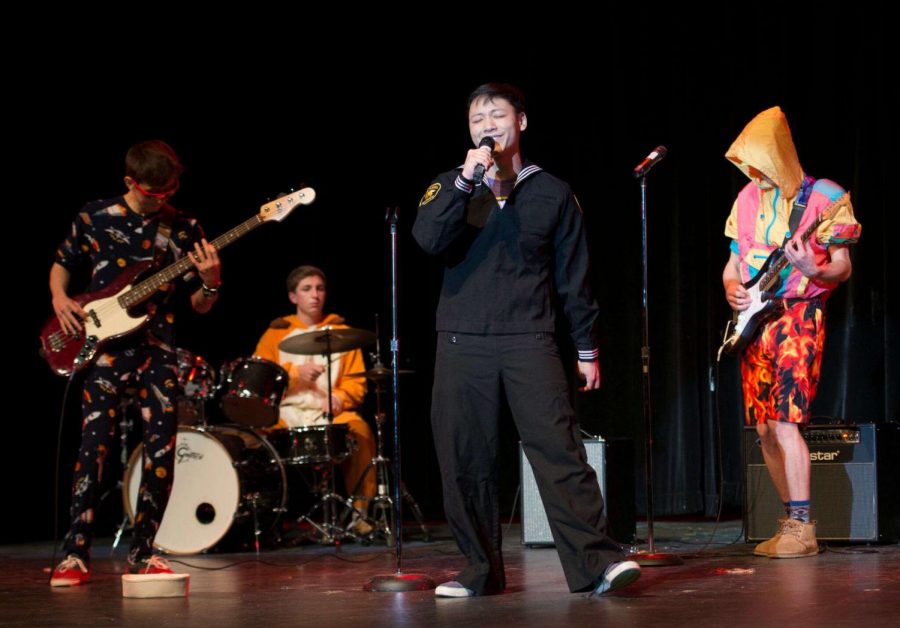 WCHS students often complain about the difficulties of balancing such a hectic workload consisting of various APs, honors classes and extracurriculars. For senior Byron Tam, balancing his two passions for art—singing and drawing—helps him ease the stress.

Tam’s fascination with pen and paper began at a young age, starting with his passion for drawing Pokemon cards. After people saw his sketches, he began to receive various compliments which helped boost his self confidence. This rise in self esteem stemming from hisart motivated him to continue pursuing this passion.

“I kept drawing over and over again,” Tam said. “I liked the positivity.”
As a child, Tam never played with toys while he was waiting for his parents to finish working. Instead, he was handed a piece of pen and paper, which helped him curb his boredom in a way that helped him feel productive.

“Art in my life was very significant, and makes me confident anyone can become adept at it,” Tam said.
With such a busy high school schedule, which is typical among WCHS students, Tam draws whenever he has the time to do so. Often times it is everyday life that will give him a burst of inspiration to draw.
“It’s like an impulse,” Tam said. “If my need to create looks good, why not show it off?”

This creative impulse helps clear his mind and keeps Tam calm. The crave to express his thought or get something down on paper is instantly satisfied through drawing or sketching things down on paper.
“This expression allows me to soothe my brain,” Tam said.
The most common kind of art he produces are pen and paper sketches, but he is able to create art on any kind of medium, given the right kind of inspiration. Tam’s passion for drawing is something that will follow him throughout his life.

“If it means expressing myself in a manner that requires visual compensation, why not?” said Tam.
Along with drawing, Tam is involved in the band EDJ, or Ethiopian Death Jazz, with his friends. At first, the band came up with the name “OO,” but the pronunciation got so confusing and people did not get the humor behind it, so they decided to change it. EDJ just became a random name that they made up on a whim, and it just ended up sticking. He accompanies his friends by singing vocals and the gig has been going on since freshman year. His friends, all being aspiring and talented musicians, have encouraged him to help them out at their playing sessions. Getting this practice and experience has helped him improve a lot.

“It was always just about playing with my best friends, and I’d like to think I’ve improved over the years because of it,” Tam said.