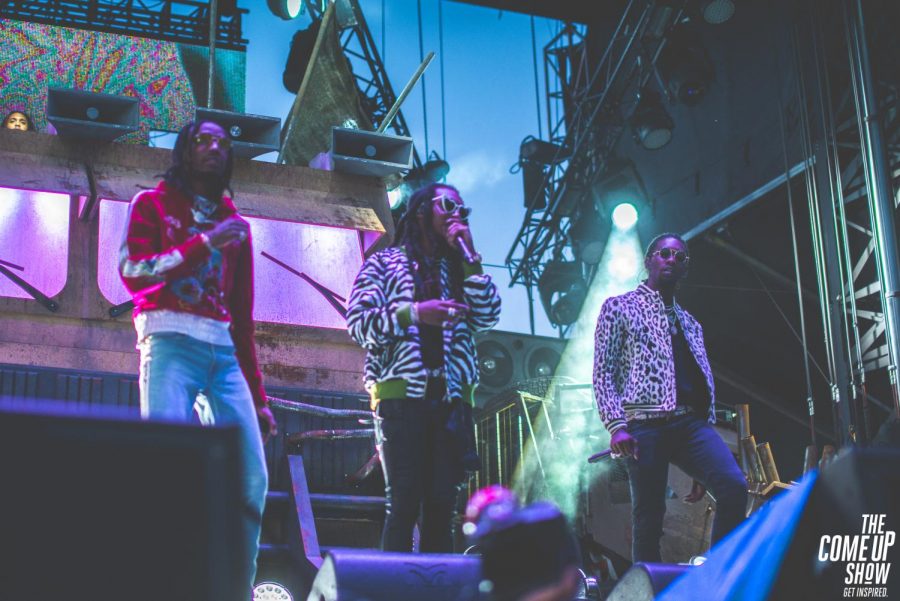 Migos has released two albums within one year, both of which reached number one on the Billboard top 200 albums in each of their first week available.

For the second time in under one year, Georgia-based hip-hop trio, Migos, released a chart-topping studio album, this time being Culture II. The sequel to 2017 Grammy-nominated Culture, Culture II features double the songs and is loaded with some of the best artists today alongside Quavo, Takeoff and Offset.

Released Jan. 26, the album celebrated the anniversary of the first Culture album, which dropped Jan. 27, 2017. Both albums reached number one on the Billboard top 200 albums in their first week of availability.

As a huge fan of Migos, I am prone to having extremely positive reactions to any of their music released, but I really do think this is one of their strongest works. Songs like “Narcos” and “Stir Fry” proved their versatility on beats that may seem unusual to fans. “BBO,” featuring Atlanta native 21 Savage, was a fast paced, energetic album necessity. 21 delivers a great hook, and the trio take it from there. The song was also produced by legendary artist and producer, Kanye West.

Other significant features on the album are shown in songs like “White Sand,” featuring Travis Scott, Big Sean and Ty Dolla $ign. All six artists shine in this phenomenal track. Big Sean hasn’t worked with Migos since his single Sacrifices, which was released soon after the first Culture album. Fans enjoyed his lyrical addition to the track along with the signature flow he utilizes in almost every song.

One of the real fan favorites has been “CC,” where Migos brings back close friend Gucci Mane, to whom they credit their rise and success. The most prominent rapper to rise from the Atlanta suburbs, Gucci’s single “I Get the Bag” with Migos is on the chart for it’s 25th consecutive week following it’s Sept. 5 release.

Some of the other fan favorites on this album include “Made Men” and “Work Hard.” Neither song features a fourth artist, and Migos take listeners back to where they truly came from, and how hard they had to work to get to where they are right now.

Although it debuted as the number one album during its opening week, critics have been tearing apart the album, and the major anticipation and hype around it.

Rolling Stone called Culture II “less like a celebratory howl from the mountaintop than a transitional inventory dump.”

Critics seem to dislike their somewhat “repetitive” triplet flow style, one of the most popular styles of rapping today.

Migos are said to have made the flow popular with their 2013 hit “Versace,” their first Billboard top 100 hit. They utilized it again in their mega hit “Bad and Boujee,” which also commanded the Billboard chart for 12 weeks. Migos speak to their creation of the flow in Culture II and discuss how they embraced others using it rather than attacking them.

Regardless of post-release criticism, the album was met with a record number of streams, hitting the one billion mark in less than three weeks. Migos tied legendary rock band The Beatles for most singles on the top 100 chart, having 14 out of the 100 songs. Although this album may not be what everyone expected, or as good as its prequel, but Migos once again has proven they “do it for the Culture.”