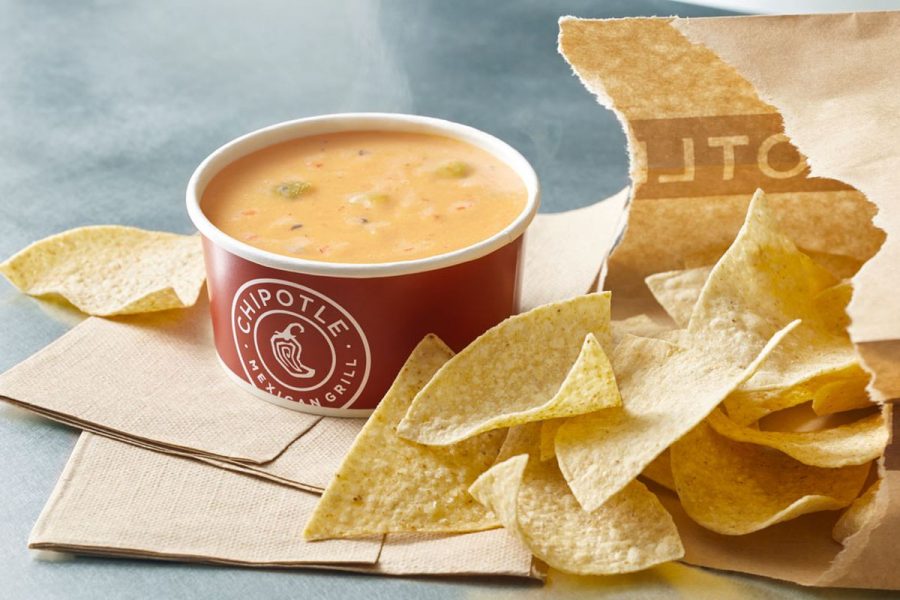 On Sept. 12, Chipotle released their new queso dip nationwide after testing it in their special New York restaurant for several weeks.

“I like the queso, it’s something different,” junior Emily Hunt said. “However, I think I like California Tortilla’s queso better.”

With many fast food Mexican places in the area, namely the Chipotle in Potomac Village and California Tortilla in Cabin John shopping center, Chipotle queso is competing for CHS students queso of choice.

“I prefer California Tortilla queso because its texture is more thick, but Chipotle is another good option now,” junior Roya Nassaj said.

While some students may like the queso, elsewhere the queso has not been as well received.

“I don’t like it at all,” junior Cami Kia said. “It doesn’t taste warm and gooey to me, it’s too thick.”

Since the queso isn’t very similar to that of many other chains, there has been some criticism.

According to Chipotle CMO Mark Crumpacker, their queso is more genuine and made with all real ingredients. While the texture may not compare to other restaurants quesos, that is the texture of real melted cheese.

Even though the reviews have not been very steller, Chipotle will keep selling their queso and will try to win over more people.

“I love it,” Hunt said. “I know not a ton of people like the queso, but I’m going to keep ordering the queso.”