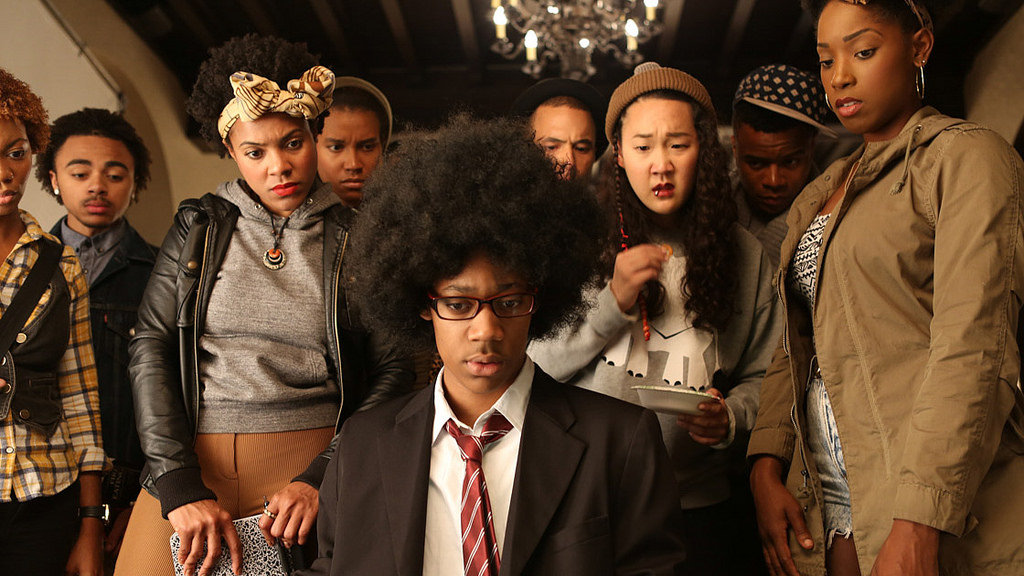 The show “Dear White People” was based off of a 2014 movie by the same name, the cast of which is pictured above.

Fierce and admirable are only a few words used to describe the new Netflix series “Dear White People.” With the show gaining much media attention and receiving outstanding reviews, it is well worth watching.

The show starts off when a campus magazine throws a “blackface” party to protest the campus radio show run by Sam White (Logan Browning). The students are confused as to how word got out about the party, and the black student unions meet to discuss how to respond.

“‘Dear White People’ helps put a spotlight on racial injustice and allows people to see the issues and inequalities of race that still have not been solved,” sophomore Hillary Davis said.

Each episode focuses on one particular character and the different challenges and hardships they go through on campus. Throughout the season, the worries and torments that the students face becomes more and more clear, allowing viewers to create a deeper connection with many of the characters.

“The show allowed me to truly recognize how difficult it is for students of color to go about their daily lives,” Davis said. “I realized how unfair and discriminatory their lives can be.”

The music in each episode pairs flawlessly with the rise and fall of the characters’ emotions. Many of the songs are intense and empowering, perfectly matching the high-spirited nature of the show. The soundtrack combines a range of songs, such as Innanet James’ soul stirring raps and more uptempo tunes such as “Carry On” by Tkay Maidza and Killer Mike.

Another trait that draws the audience is the amount of passion and spirit the characters express in the show, creating an overall zealous vibe. Each character represents a unique trait which gives the show a breath of fresh air.

“My favorite character would have to be Samantha White,” freshman Ehina Srivastava said. “She’s so passionate in demanding equality, it sparks encouragement within so many people. It’s definitely a trait to look up to.”

While “Dear White People” has many stellar reviews, it also caused controversy regarding racial differences and offended audience members. The show received much repercussion before it had even aired.

According to a May 1 Huffington Post article, the series faced scrutiny from some viewers who deemed the show “anti-white” and “racist” after a 30-second teaser clip was released in February. The backlash spawned the creation of the social media campaign “#BoycottNetflix,” encouraging others to cancel their Netflix subscription.

Despite the backlash “Dear White People” received, most viewers seem to love the show and the message it conveys. Although the show is based off a sensitive topic, it appears to have been executed perfectly.

According to a May 3 article in the Independent, “Dear White People” has received a rare 100 percent rating on the film review website Rotten Tomatoes, and is the only show with a majority minority cast to achieve such a rating.

Although season two of “Dear White People” may not arrive for a while, audiences are still greatly satisfied with the finale and can only hope the shows spirit can continue on.

“Overall, I just really enjoy the message ‘Dear White People’ conveys,” Srivastava said. “If a second season were to come out, I can only imagine how good it’s going to be.”