What Does the Future Hold For Future? 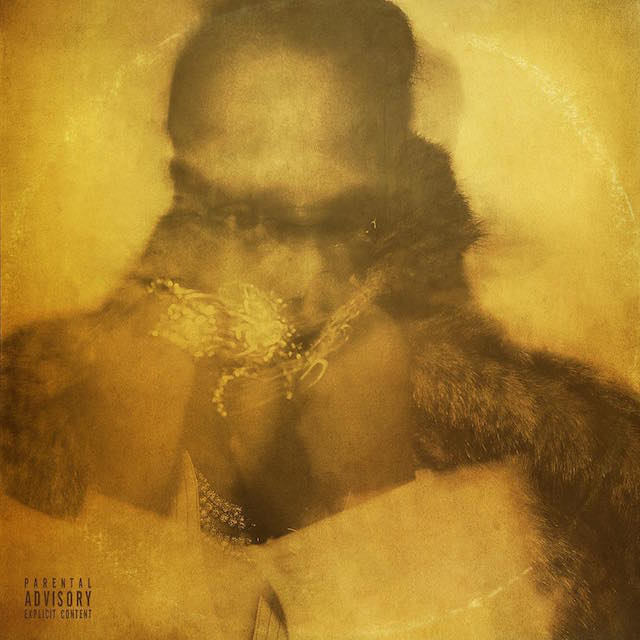 The cover to Future's album "FUTURE."

When Future, the 33 year old rapper from Atlanta released his latest album “FUTURE” with 17 songs, everyone was excited for to hear his latest music as his last release was “EVOL” in Feb. 2016. After releasing “FUTURE,” an album that pays homage to Atlanta on Feb. 17, 2017, Future surprised fans with the release of “HNDRXX,” another 17 song album a week later.

While Future is known for releasing music consistently, releasing two albums in a week is certainly unusual. While “FUTURE” plays off Future’s roots and how he grew up, “HNDRXX” has more of a R&B vibe and has two huge collaborations with Rihanna and the Weeknd.

In “FUTURE,” Future manages to playfully shout out his hometown of Atlanta through experiences that shaped him. Future is in no way a lyricist of as high caliber as Chance the Rapper and Kanye, so this is a bit different for him, but it maintains the same sound as all of his past music.

Future tells about life experiences through tracks like “Feds Did a Sweep,” where he talks about how he and his friends would stick together and “link up” when the FBI or Drug Enforcement Agency executed a search. Through “When I Was Broke,” Future spills some interesting sounding beats that work well together in explaining how he had to “climb out [of] the sewer,” meaning he had to work hard to get where he is today.

In one of the most popular songs on the album “Draco,” Future raps about the usual explicit acts he has partaken in, but also manages to shout out Zone 6 in Atlanta. Future is from Kirkwood which is in Zone 6 of Atlanta.

In the fast paced song “Zoom,” Future raps to the futuristic trap beat as he addresses up and coming rappers that he believes have imitated his style.

Future is nothing but himself in his album. He refers back to his Atlanta roots and still maintains the underground rap style that has cemented his career.

In the most known song and easily the best song on the album, “Mask Off,” Future raps about how he has turned his life from rags to riches.

With a catchy and different beat, that sounds a bit fairytale like, Future raps how he went from “food stamps to a whole “‘nother domain.”

“HNDRXX,” Future’s second album features two huge collaborations with Rihanna in “Selfish” and the Weeknd in “Comin Out Strong.” The overall album is much more soulful compared to the fast paced style that we are accustomed to seeing from Future.

In “Selfish,” Future and Rihanna team up for an epic collaboration that is soulful and has touches of R&B. It talks about coming back together after a relationship of lies and being selfish with one another’s pleasures.

The song definitely strays away from normal Future as he and Rihanna are “singing” the same lyrics at the same time. It gives a pleasant sound, but it is odd coming from Future.

“Comin Out Strong,” featuring the Weeknd, is the better of the two collaborations. The song talks about how haters just keep them going “strong.” They explain how people make up stories to bring them down and that it’s hard for people to “tell the real stories from the fake ones.”

The song is consistent to what both artists do well, put together. Future raps in his usual tone, while the Weeknd sings his R&B parts very well and adds an extra dynamic to this album.

In “Incredible,” the slower beat plays to Future’s rapping and the subpar lyrics. The lyrics spill about finding an incredible woman, which combined with these lyrics seems a bit grade school. The song is too repetitive and repeats “incredible” a bit too much to my liking.

Overall I rate “HNDRXX” 4 out of 5 stars as well. In this album we get to see a different softer side of Future, which is a good change of pace from the upbeat trap style that he seldom shies away from. However, some of the songs are just boring when rapped slowly. Overall, the two collaborations add a new and fresh dynamic to a decent album.

On these two projects Future should be commended for showing dynamic styles on two different sounding albums. “Mask Off” should be one of Future’s most popular songs for years to come, while the two collab songs should also be highly listened to. Though some of the songs on both albums are forgettable and bland, overall this is a sure fire success for Future.