The Observer’s Must Read Book Recommendations 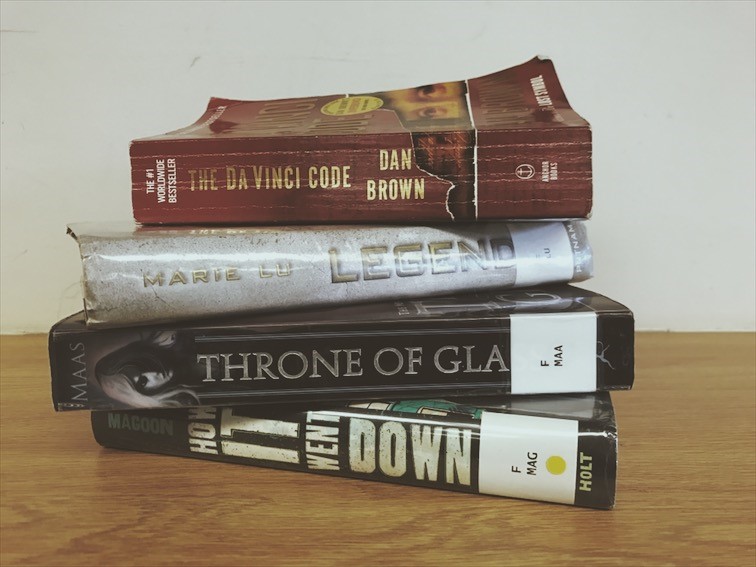 Copies of these recommendations can be found at the CHS Media Center.

When it comes to finding a good book to dedicate yourself to, there is an overwhelming number to choose from. We’ve narrowed down the list with suggestions, from staff and students alike, of books that you’ll be sure to enjoy.

“Legend” by Marie Lu
Although dystopian novels have become commonplace, “Legend” has been distinguished from the pack as a 2011 New York Times Bestseller. Lu tells of a dystopian future in which a military prodigy named June and wanted criminal named Day cross paths. Their connection begins a tale full of action, suspense and a hint of romance.
According to a Dec. 2011 New York Times article, “Legend” delivers a thrilling yet believable adventure.
“I liked legend because it was really well written and had a unique storyline,” sophomore Jessie Ma said. “I would recommend it to anyone who liked the ‘Divergent’ and ‘The Hunger Games’ series.”

“Everything Everything” by Nicola Yoon
“Everything Everything,” is about the coming-of-age of 18-year-old Madeline Whittier. Whittier suffers from Severe Combined Immunodeficiency which renders her incapable of leaving home. She doesn’t dare leave her home, that is, until her new neighbor, Olly, moves in. This novel is a 2016-2017 Black Eyed Susan nominee.
“How it Went Down” by Kekla Magoon
Kekla Magoon draws her readers in with a relevant narrative of a teenage shooting in which 16-year-old Tariq Johnson dies from two gunshot wounds. “How it Went Down” draws upon current and past racial tensions to form a captivating yet heart-wrenching novel.
The novels centers around the the shooting and the questions it raised. It is told through the perspectives of Johnson’s close friends as well as the person who shot him. Magoon’s novel brings to light the aftermath of such an event in a close knit community.
“Throne of Glass” by Sarah J. Maas
“Throne of Glass” is a gripping fantasy novel that satisfies the wants of those interested in a confident and independent heroine. Throughout the Novel, Maas details daring assassin Celaena Sardothien’s life as well as her struggles, which end up residing with readers for quite a while after the book is over. Sardothien’s guile and wit, specifically during the King’s competition for a champion to do his bidding, adds flair and adventure to both the character and the novel.

“The Da Vinci Code” by Dan Brown
Dan Brown draws in readers from his first words. In “The Da Vinci Code,” Harvard symbology professor Robert Langdon embarks on a quest to learn the truth about a secret society that is moments away from being lost forever to history.
“I really like this book because there is so much history while still being a fiction book,” sophomore Lena Mojsiak said. “It’s a very fast-paced and exciting story. The suspense is on-going and makes you eager to read more.”

“Where You Go Is Not Who You’ll Be” by Frank Bruni
In this work of nonfiction, Frank Bruni reassures not only students and parents, but people of all ages that the craze brought by college admissions does not define a person’s future and, in fact, means much less than other factors that contribute to a person’s life.
“It’s a must read for juniors and seniors,” AP Literature teacher Jeff Savett said.